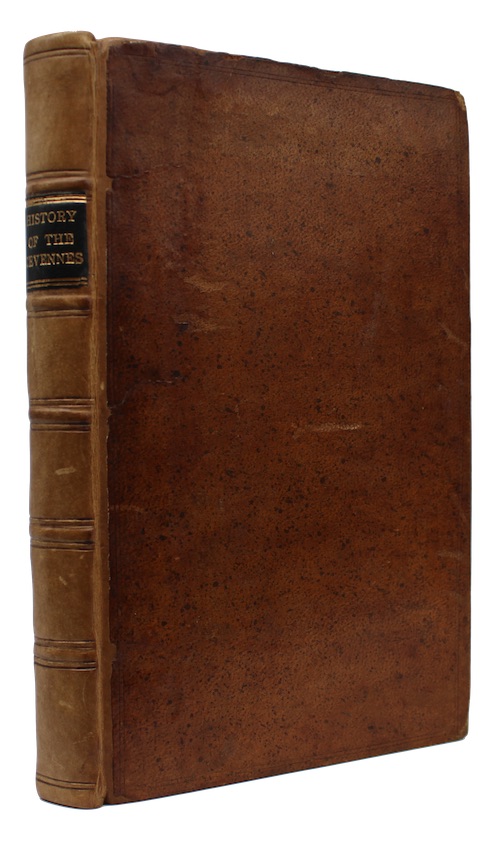 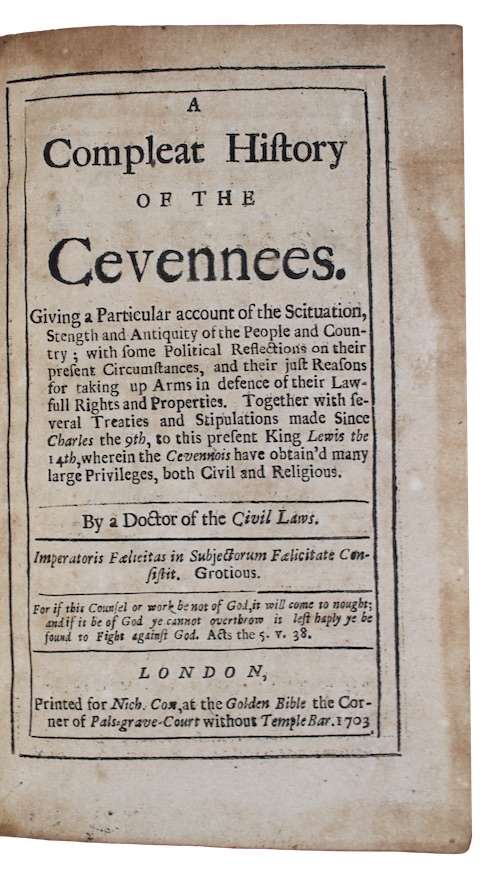 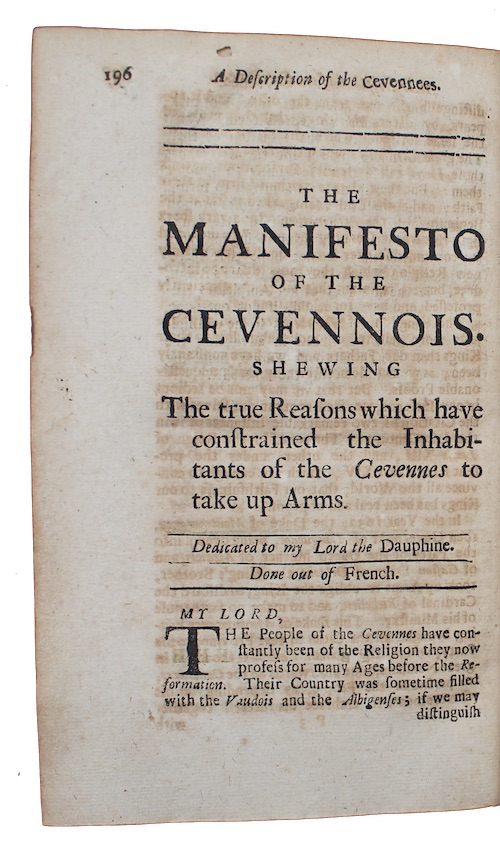 BOUND WITHOUT 12 LEAVES, BUT WHY?

DOCTOR OF THE CIVIL LAWS. A Compleat History of the Cevennees...

London. Printed for Nich. Cox, 1703. First edition.
Call us Email us
8vo. [24], 168, 177-216pp. Text complete despite erratic pagination (or indeed the absence of leaves M5-N8, as noted by ESTC). Contemporary speckled sheep, recently rebacked, new morocco lettering-piece, gilt. Lightly rubbed. Book-label of Wiston Old Rectory to FEP, small burn-hole to text of leaf I8 - without loss of sense, very occasional chipping to margins, browning and foxing to text.
A contemporary cri de coeur by an anonymous English author on behalf of the beleaguered Camisards of the Cevennes, which was clearly issued - somewhat mysteriously - with 12 leaves cancelled. One of several books published in England during the Camisards' uprising in the early eighteenth-century, this anonymous work provides a survey of the geography and botany of the Cevennes region of Southern France, and, most significantly, a detailed account of the persecution of the French Huguenots in the years following the revocation of the Edict of Nantes in 1685.

The dedication (to Queen Anne), introduction and reprinting of certain contemporary documents, such as Papal condemnations and 'the manifesto of the Cevennois', reveal that the author's sympathies lie squarely with the oppressed rebels, and the intention of this work was to further entreat British support for the Protestants of the region. Were the 12 mystery leaves, which evidently formed at least one whole section of the text preceding a Papal condemnation of the Camisards, perhaps deemed too objectionable to publish, or simply poorly printed?
ESTC T60536.
£ 250.00 Antiquates Ref: 18709
This site uses cookies.Find out more.