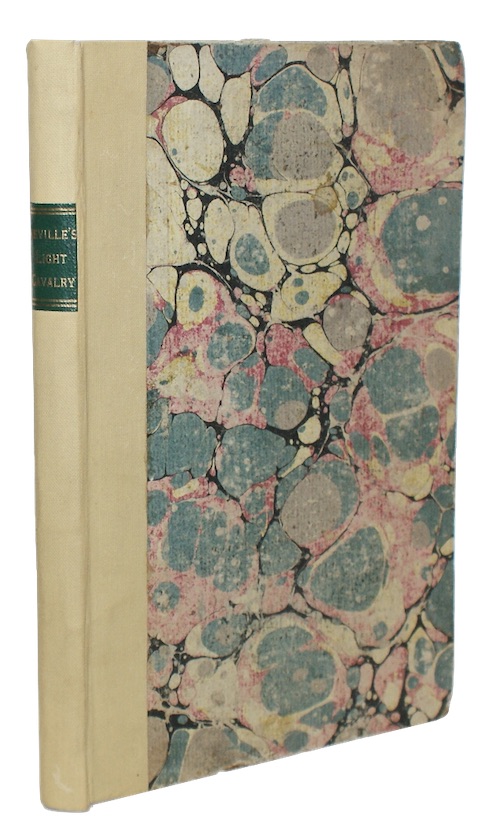 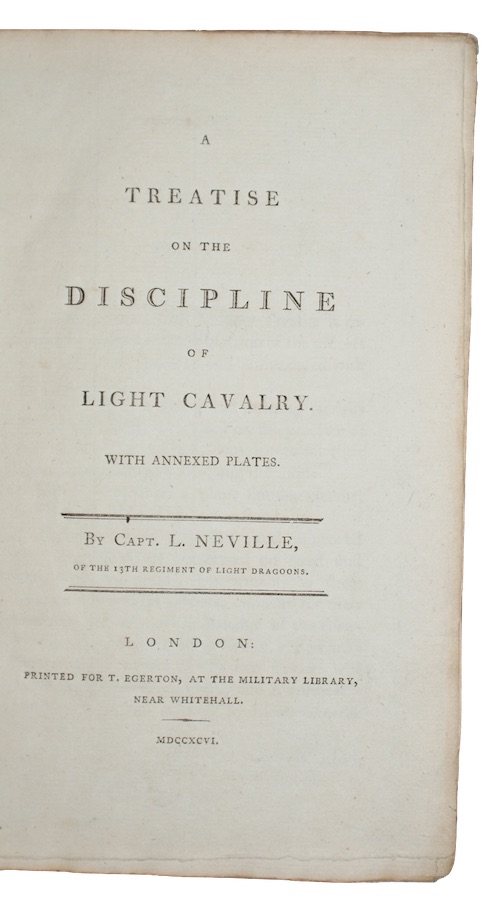 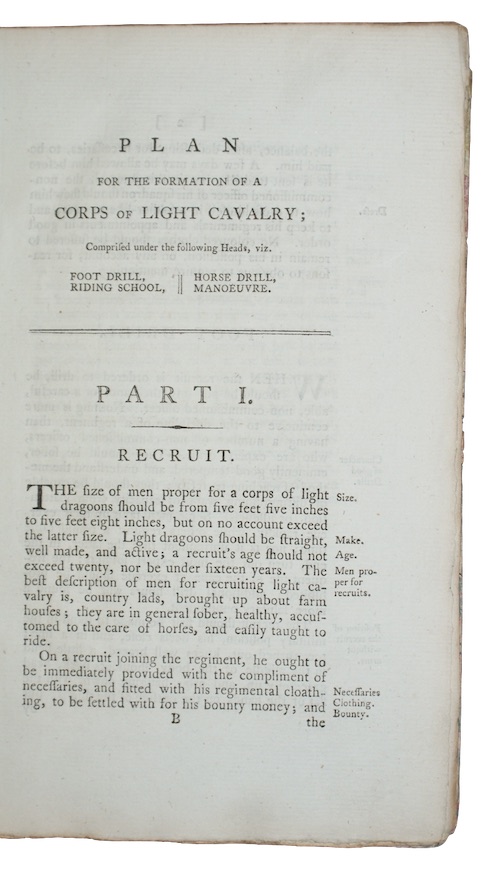 NEVILLE, L.. A treatise on the discipline of light cavalry.

London. Printed for T. Egerton, 1796. First edition.
Call us Email us
8vo. vii, [1], 64pp. With 11 engraved folding plates depicting cavalry manoeuvres. Uncut in contemporary marbled boards, recently rebacked in cloth, contrasting green morocco lettering-piece. Boards heavily rubbed and a trifle marked. Hinges reinforced with cloth strips, contemporary inked ownership inscription to FEP, else internally clean and crisp.
A rare survival of the sole edition of a practical military treatise on the training and drilling of British Army light cavalrymen by officer of the 13th Regiment of Light Dragoons, Captain L. Neville. In his prefatory remarks Neville states that 'the system of training and forming recruits and young horses, is founded on the practice of cavalry corps of the line, conspicuous for their appearance, horsemanship, and discipline', a system that is related to highly-regarded principles laid down for the infantry by Lieut. General David Dundas (1735-1820); indeed The British Critic (Vol. 9, 1797, p.327-8) went as far as to say: 'Where Captain Neville has deviated from the General's system, we think he has invariably improved upon it'.

ESTC records copies at two locations in the British Isles (Cambridge and Oxford), and one further in North America (Cornell).
ESTC T174344.
£ 650.00 Antiquates Ref: 18800
This site uses cookies.Find out more.