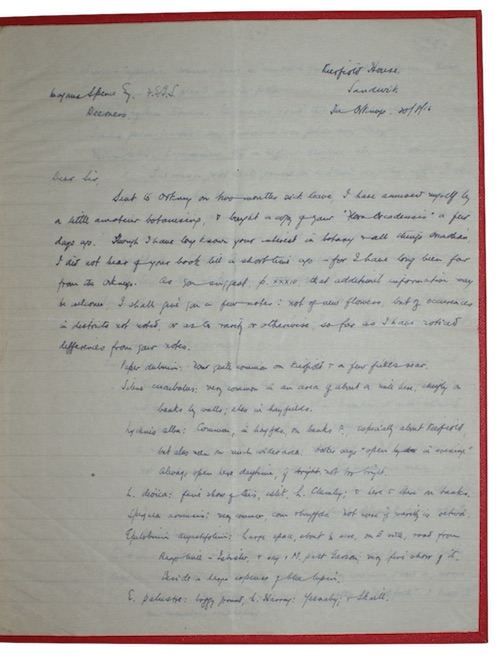 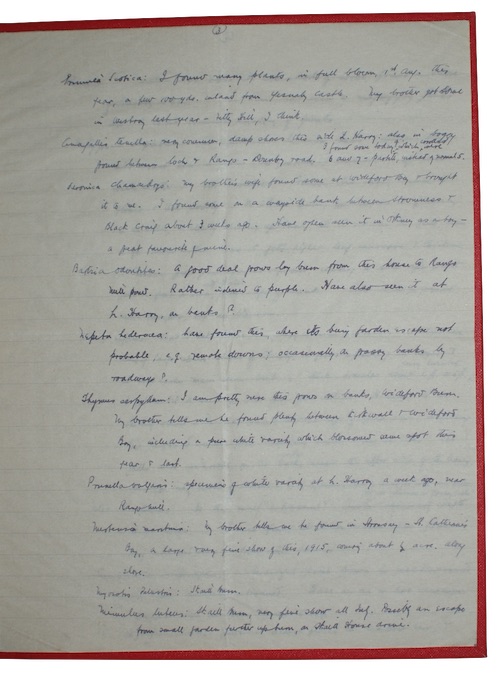 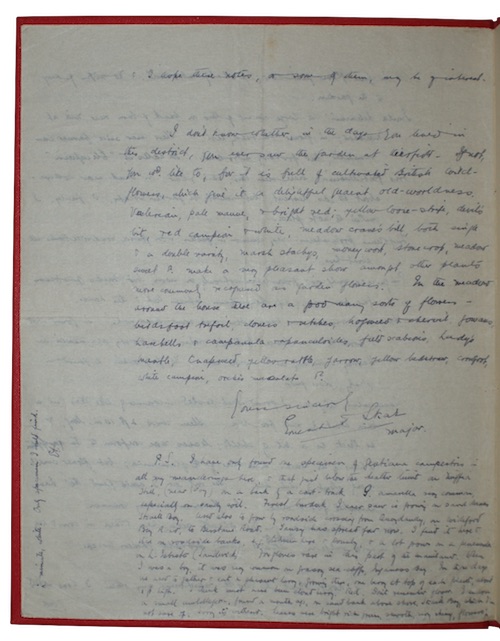 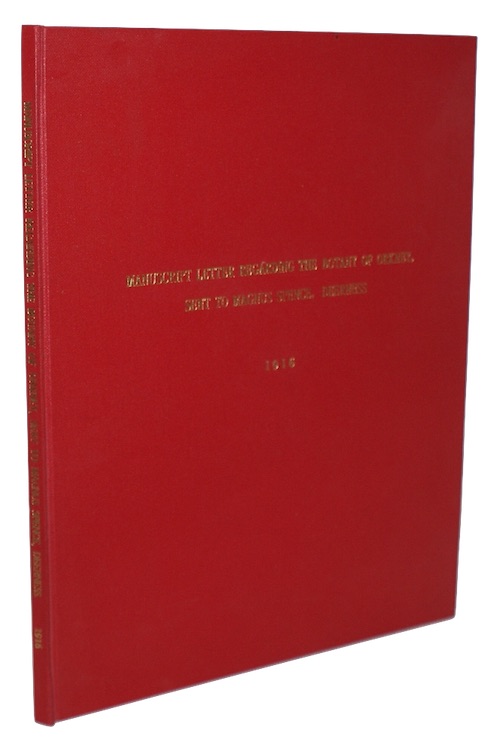 [s.i.]. [s.n.], [1916].
Call us Email us
Quarto. Manuscript on paper. [5] leaves, four written on one side only, the fifth on both. Recent red cloth, lettered in gilt. Armorial bookplate of John Davie Manson Robertson to FEP, horizontal and vertical creases to all leaves.
A manuscript letter dated 1916, addressed to Orkney-based botanist Magnus Spence (1853-1919), regarding Orcadian flora. The sender, Major Ernest Skal(?) of Sandwick, opens with reference to having recently read Spence's Flora Orcadensis (Kirkwall, 1914) and its prefatory solicitation for any additional information; he continues to provide a list of plants under their Latin designations citing their commonality throughout the islands as he has observed.