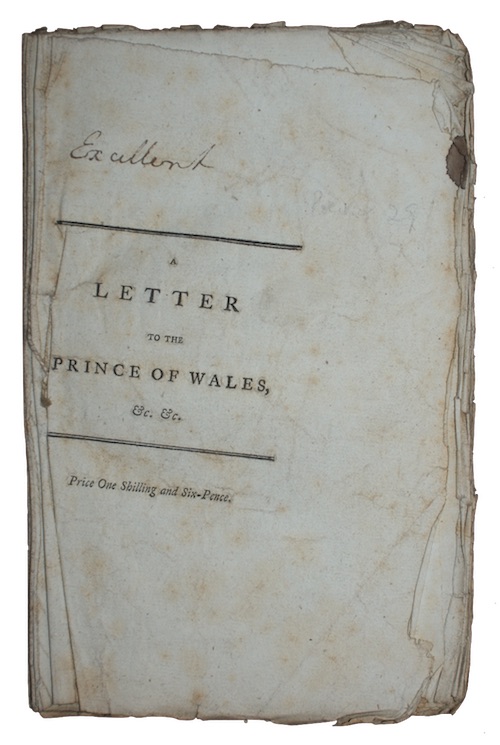 [MILES, William Augustus]. A letter to the prince of wales, on a second application to parliament, To discharge Debts wantonly contracted since May, 1787.

London. Printed for J. Owen, [1795]. Eighth edition.
Call us Email us
8vo. [4], xxiii, [1], 67pp, [1]. With a half-title. Uncut, stitched, as issued. Inked annotation/in-spotting to half-title, lightly spotted.
An enlarged edition, printed in the same year as the first, of political writer William Augustus Miles' (1753/4-1817) condemnation of the second application brought before parliament by the future George IV calling for a cancellation of his accrued debts caused by obscene overspending. Parliament, unwilling to grant a relief, would instead provide an additional annual allowance of £65,000.
ESTC N10469.
£ 50.00 Antiquates Ref: 18955
This site uses cookies.Find out more.