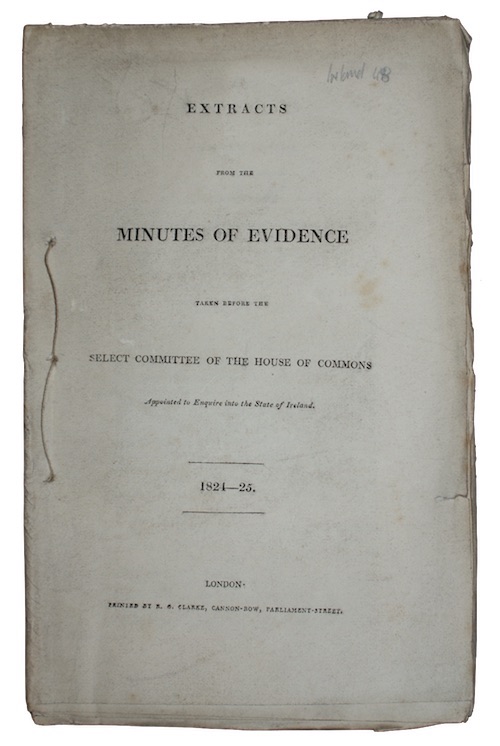 [HOUSE OF COMMONS]. Extracts from the minutes of evidence taken before the select committee of the house of commons Appointed to Enquire into the State of Ireland. 1824-25.

London. Printed by R. G. Clarke, [1825]. First edition.
Call us Email us
8vo. 201pp, [3]. Largely unopened, stitched, as issued. Text-block separated into constituent gatherings. Horizontal tears to text of leaves A2, F7, and F8, dust-soiling to title and terminal leaf.
The proceedings of a meeting of the parliamentary select committee regarding the state of Ireland generally, and the continued impact of the Act of Union specifically, and the increasing frequency of calls for Catholic emancipation.
£ 75.00 Antiquates Ref: 18956
This site uses cookies.Find out more.