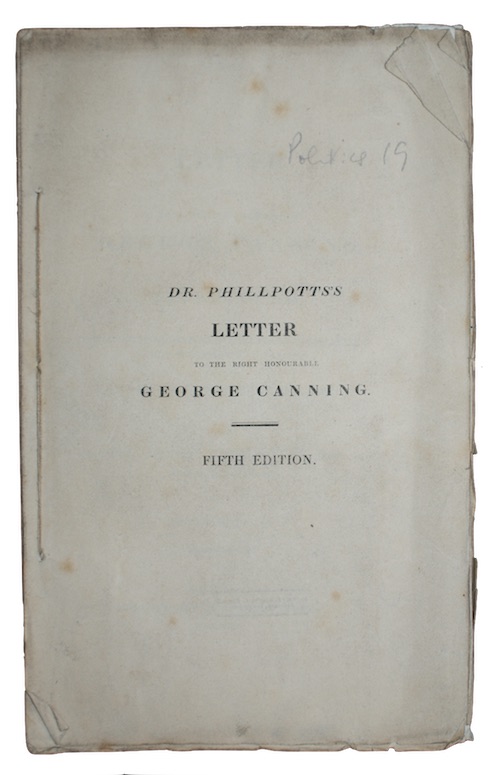 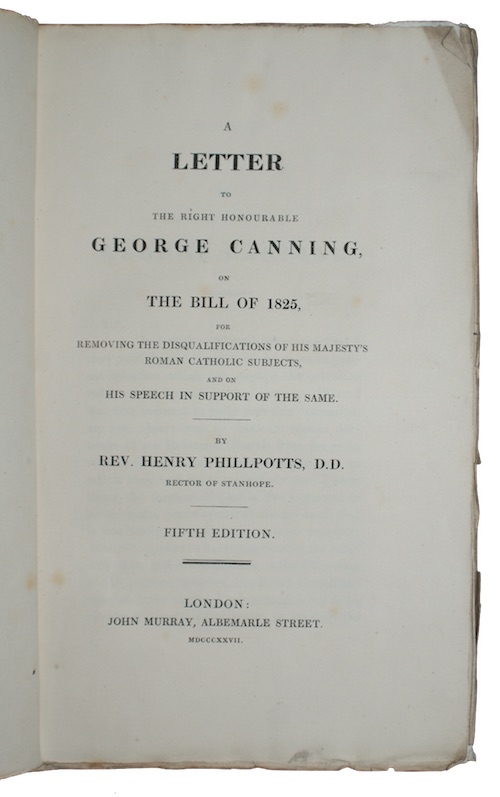 PHILLPOTTS, Henry. A letter to the right honourable george canning, on the bill of 1825, for removing the disqualifications of his majesty's roman catholic subjects, and on his speech in support of the same.

London. John Murray, 1827. Fifth edition.
Call us Email us
8vo. [4], 167pp, [7]. With a half-title and seven terminal advertisement pages. Largely unopened, stitched, as issued. Half-title and verso of terminal leaf lightly dust-soiled, some creasing.
A letter by Anglican clergyman Henry Phillpotts (1778-1869) to Foreign Secretary George Canning (1770-1827) denouncing the latter's support for Roman Catholic emancipation, arguing that proposed strategies provided inadequate security, and suggesting an alternative test in which Catholics would acknowledge potential salvation within the Church of England and and swear to do no harm to it.
£ 50.00 Antiquates Ref: 18962
This site uses cookies.Find out more.