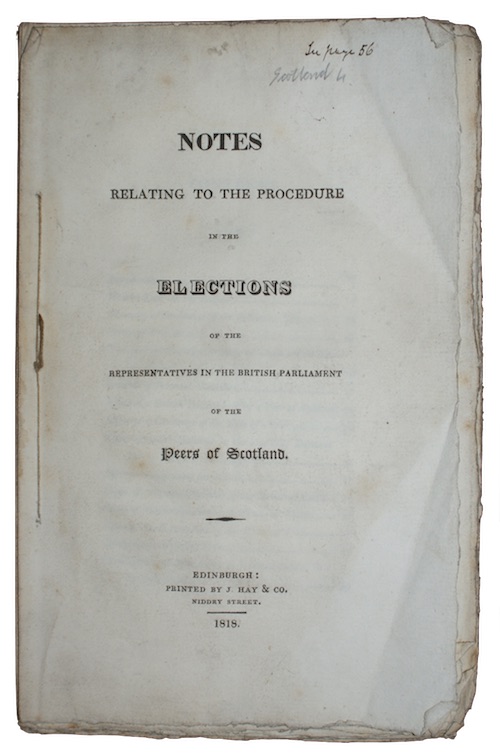 [MACKENZIE, Colin]. Notes relating to the procedure in the elections of the representatives in the british parliament of the Peers of Scotland.