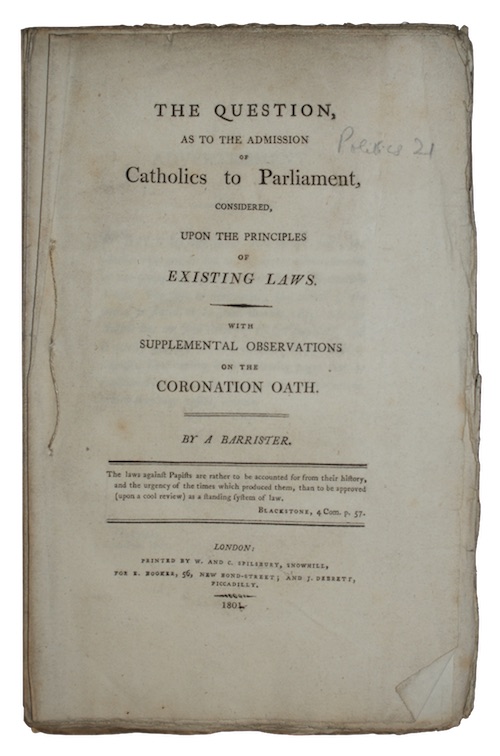 [DILLON, John Joseph]. The question, as to the admission of Catholics to Parliament, considered, upon the principles of existing laws. With supplemental observations on the coronation oath.

London. Printed by W. and C. Spilsbury, 1801. First edition.
Call us Email us
8vo. [4], 79pp, [1]. Uncut and partially unopened, stitched, as issued. Printed errata to verso of advertisement leaf, with contemporary manuscript errata notes beneath, some creasing/spotting,
A pamphlet attributed to Sir John Joseph Dillon (d.1837) discussing the possibility of repealing the Test Acts of 1673 and 1678 which prevented Catholics from sitting in Parliament.
£ 100.00 Antiquates Ref: 18987
This site uses cookies.Find out more.