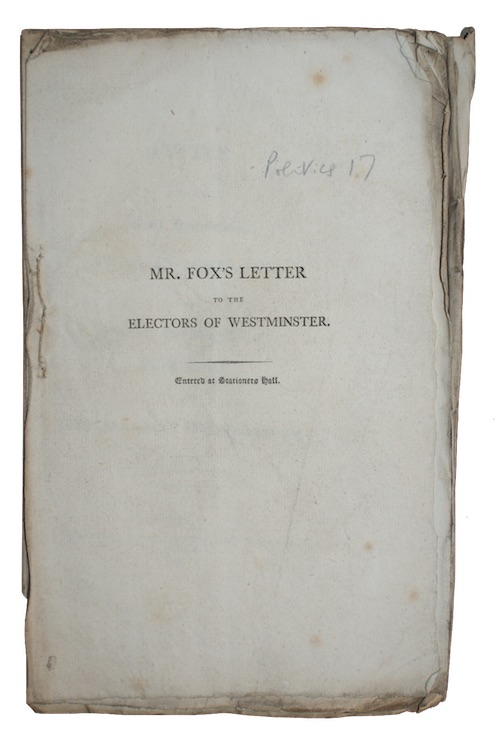 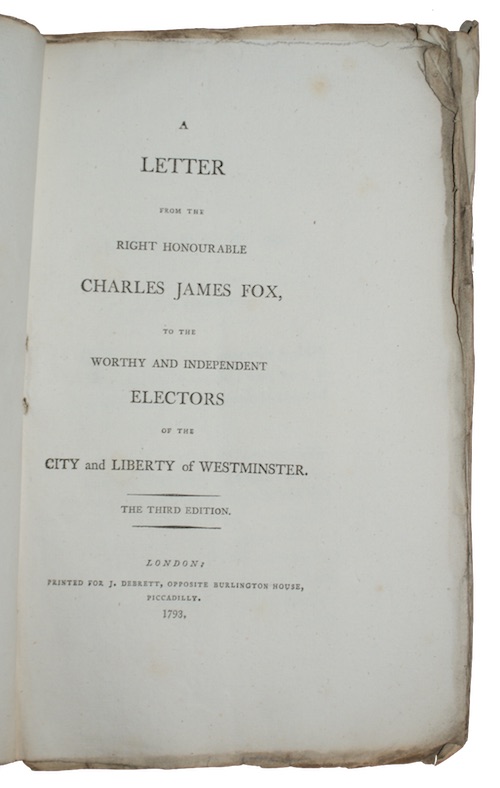 FOX, Charles James. A letter from the right honourable charles james fox, to the worthy and independent electors of the city and liberty of westminster.

London. Printed for J. Debrett, 1793. Third edition.
Call us Email us
8vo. [4], 43pp, [5]. With a half-title and two terminal leaves of publisher's advertisements. Light dust-soiling to margins, very occasional spotting.
A letter by Member of Parliament for Westminster Charles James Fox (1749-1806) to his constituents addressing the motives behind his recent motions in Commons, particularly his efforts in averting conflict with France. It is notable that the Fox wrote his remarks on 26th January 1793, six days prior to the French declaring war on Britain, which may account in part for the immense popularity of the publication, with 16 editions appearing within a year.
ESTC T74041.
£ 75.00 Antiquates Ref: 18988
This site uses cookies.Find out more.