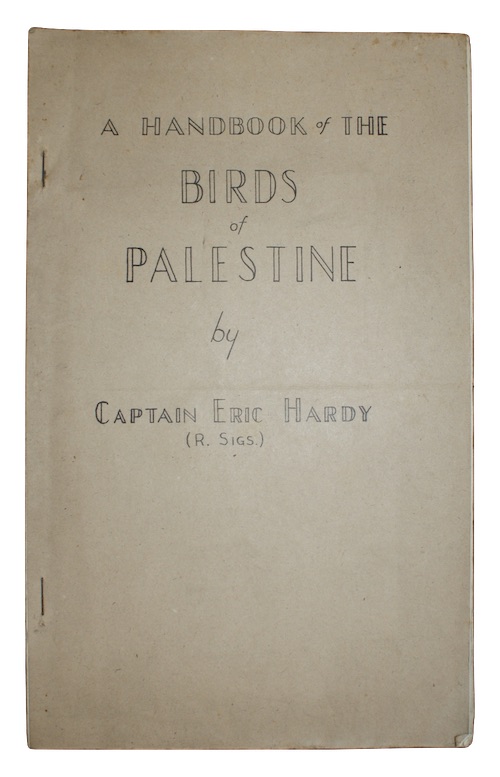 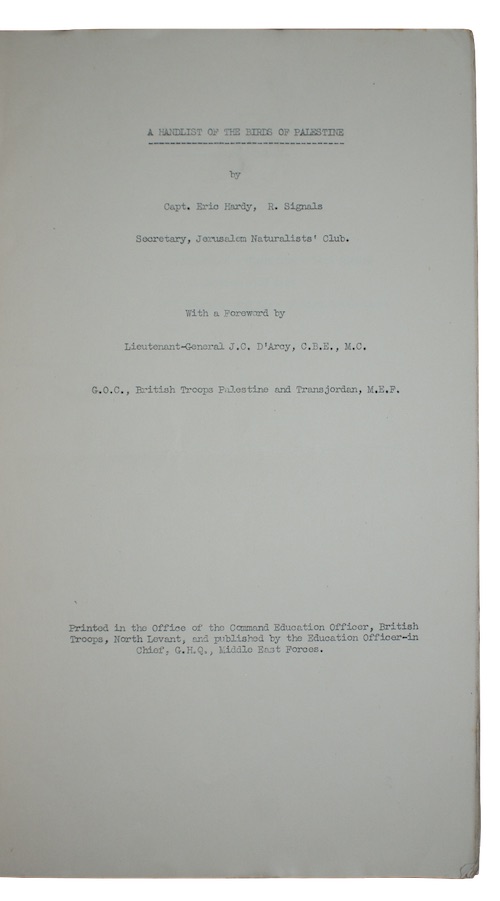 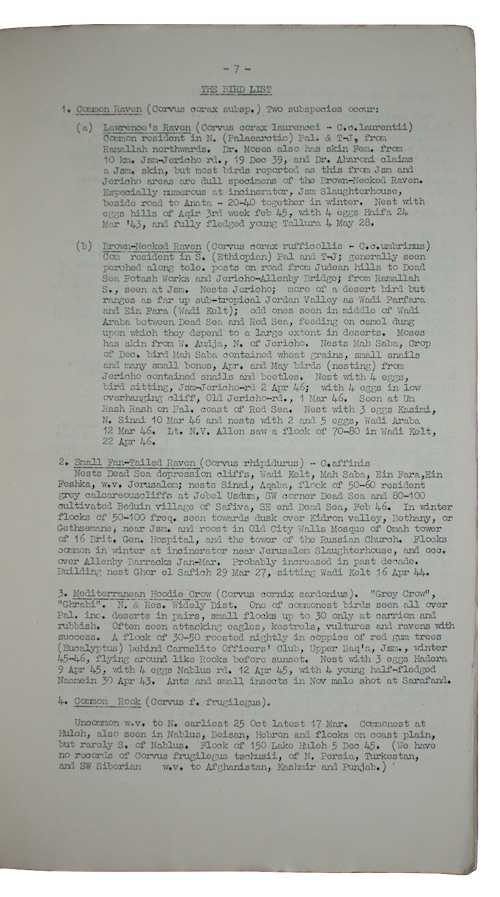 HARDY, Captain Eric. A handlist of the birds of palestine.

[s.i.]. Education Officer-in-Chief, G. H. Q., Middle East Forces, [1946]. First edition.
Call us Email us
8vo. 47pp, [3]. Typescript, with a line map of North and Central Palestine. Stapled, as issued, in original publisher's drab paper wrappers. Extremities a trifle marked, horizontal fold. Whilst the upper wrapper describes this as ‘a handbook’, the title-page (‘Handlist’) is as above.
A rare survival of the sole edition of British Army officer Eric Hardy's comprehensive list of the 364 bird species, and 64 sub-species, native to Palestine. As secretary to the Jerusalem Naturalists Club, an organisation founded for the troops of Middle East Command to encourage inquiries into natural history, Hardy compiled the information recorded in this 'privately printed list which, it is hoped, will be the forerunner of an authoritative and comprehensive handbook of Palestinian ornithology', a project which apparently did not come to fruition.
£ 750.00 Antiquates Ref: 18995
This site uses cookies.Find out more.