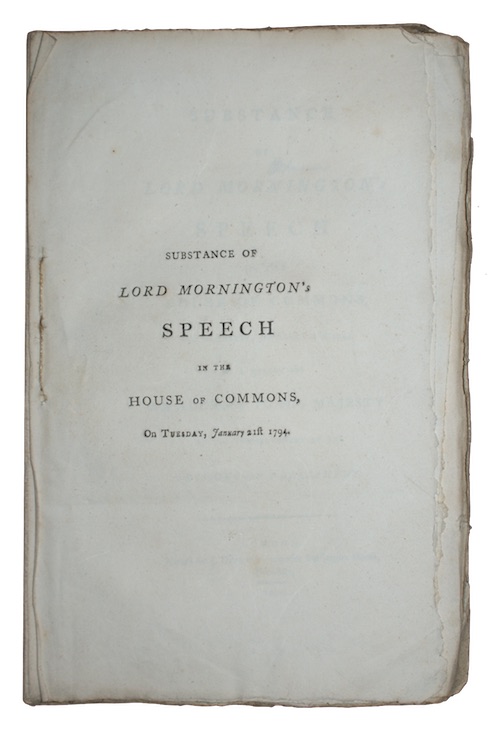 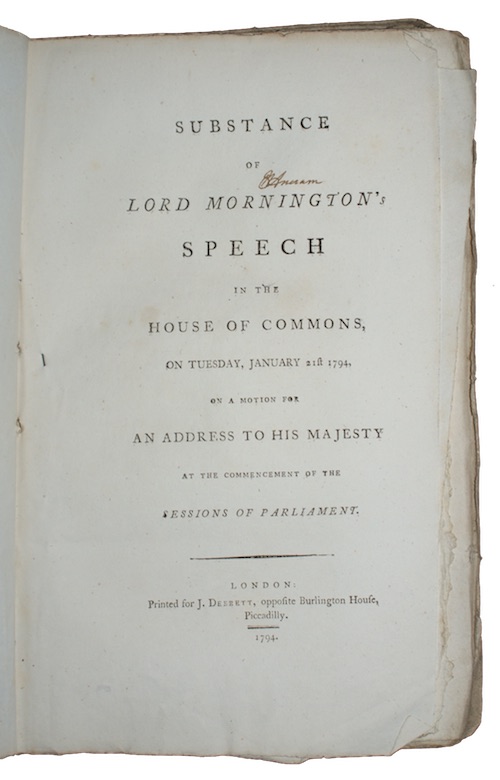 [WELLESLEY, Richard Wellesley, Marquess]. Substance of lord mornington's speech in the house of commons, on tuesday, january 21st 1794, on a motion for an address to his majesty at the commencement of the sessions of parliament.

London. Printed for J. Debrett, 1794. First edition.
Call us Email us
8vo. [4], 176pp, [8]. With a half-title and four terminal advertisement leaves. Without preliminary errata leaf. Uncut, stitched, as issued. Inked ownership inscription to title-page, very occasional light spotting.
An address by Richard Wellesley, Marquess Wellesley (1760-1842) regarding the impracticability of obtaining peace with France in the continuing Revolutionary Wars, and the necessity of hostilities in achieving security for the British people from the prospect of Republican terror.
ESTC T48783.
£ 75.00 Antiquates Ref: 18999
This site uses cookies.Find out more.