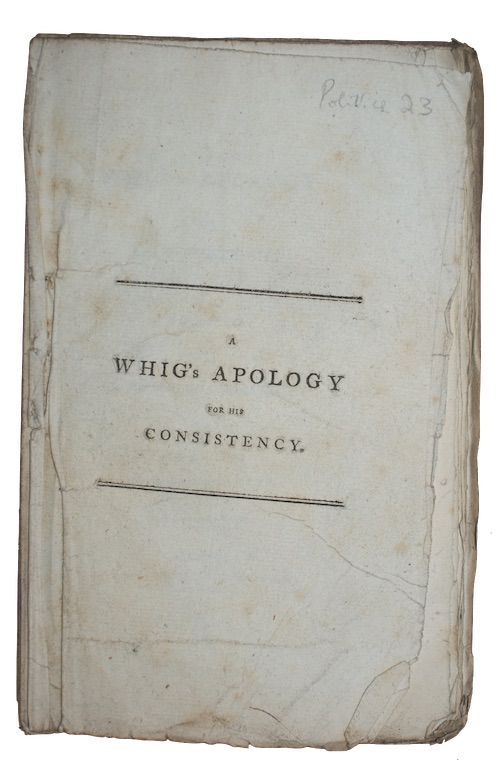 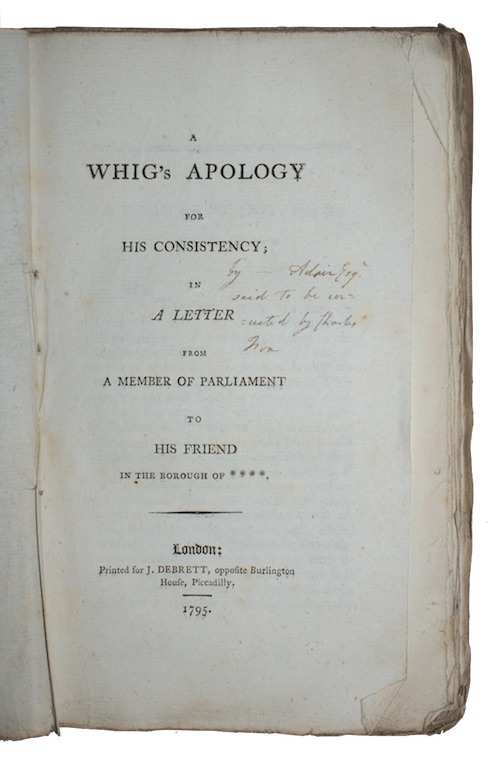 [ADAIR, Robert, Sir]. A whig's apology for his consistency; in a letter from a member of parliament to his friend in the borough of ****.