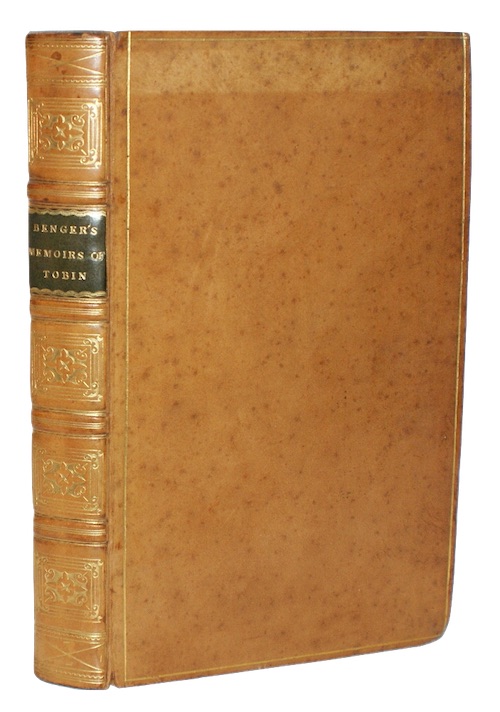 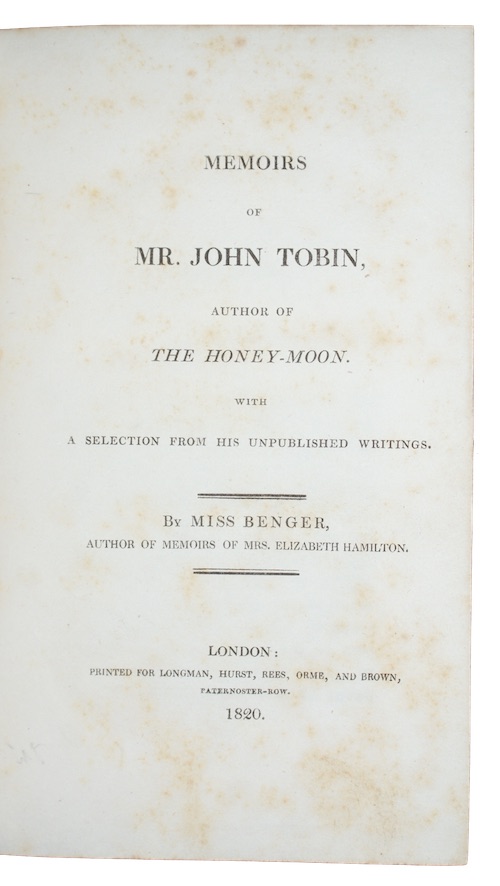 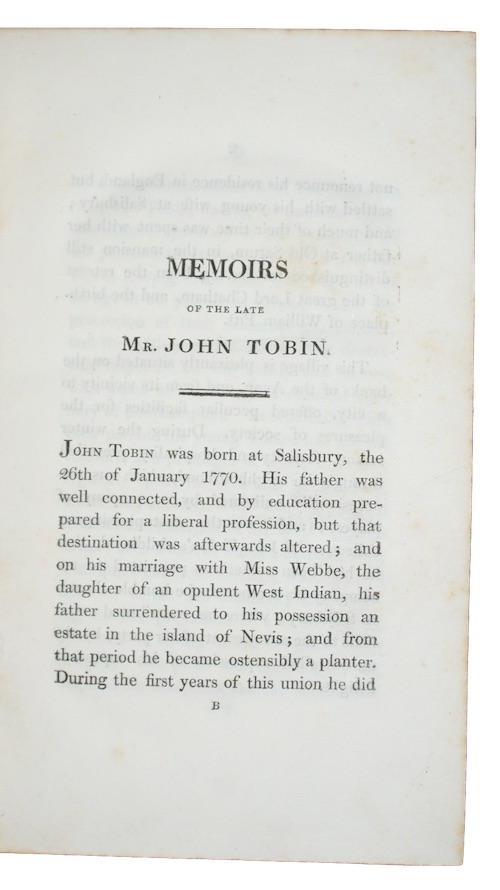 BENGER, Miss. [Elizabeth]. Memoirs of mr. john tobin, author of the honey-moon. With a selection from his unpublished writings.

London. Printed for Longman, Hurst, Rees, Orme, and Brown, 1820. First edition.
Call us Email us
8vo. [3], vi-xiii, [3], 444pp. Without half-title. Handsomely bound in contemporary calf, contrasting black morocco lettering-piece, gilt. A trifle rubbed, sunned to head of upper board. Lightly spotted.
A crisp copy of the sole edition of Elizabeth Benger's (1778-1827) biography of playwright John Tobin (1770-1804). Throughout his life success eluded Tobin, his work being summarily rejected by a slew of theatre managers. His first play to be accepted was his romantic comedy, written in blank verse interspersed with prose, The Honey Moon; though this was not until 1804. Tobin died of tuberculosis before the play was premiered at Drury Lane on 31st January 1805. Benger's memoir includes four pieces, published here for the first time; two dramas 'The Gypsey of Madrid' (after the 'Gitanilla' of De Solis) and 'The Indians', and two light comedies, 'Yours or Mine' and 'The Fisherman'. In addition to the present work Benger wrote biographical sketches of, amongst others, Elizabeth Hamilton, Anne Boleyn, and Mary Queen of Scots.
£ 150.00 Antiquates Ref: 19011
This site uses cookies.Find out more.