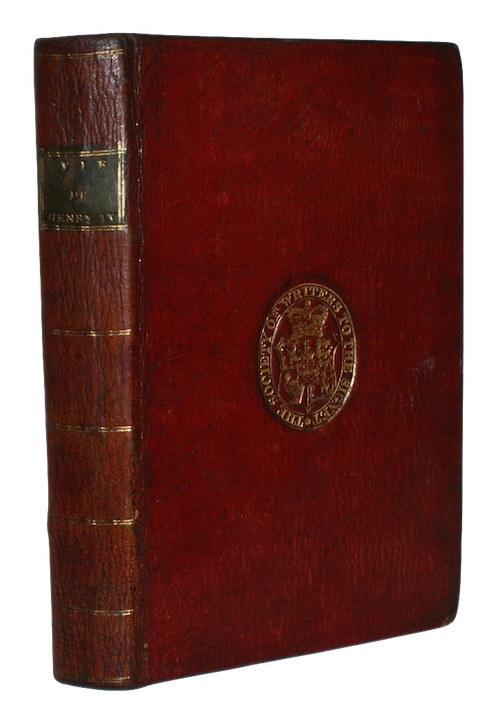 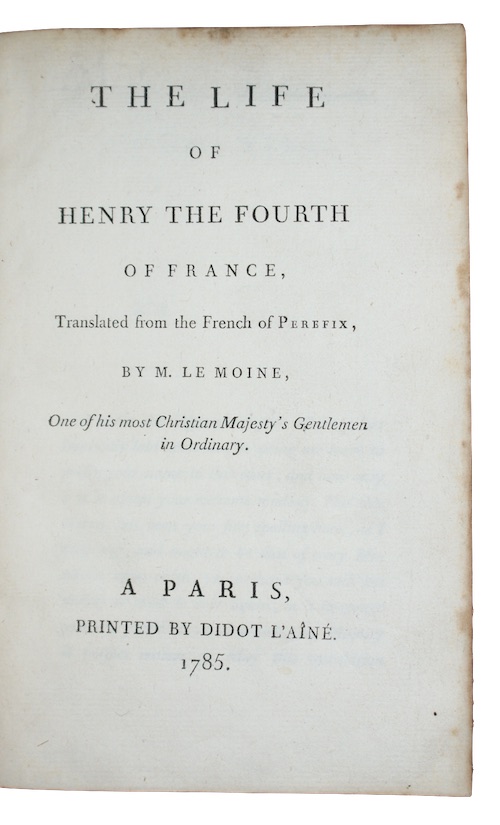 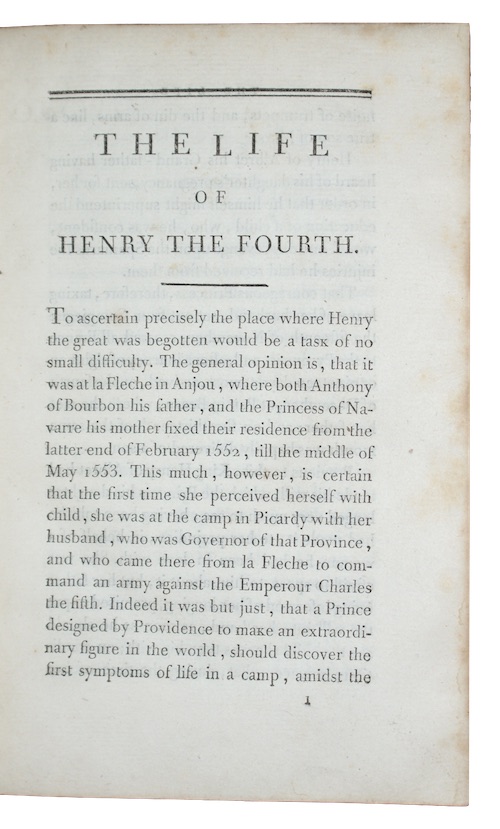 [PEREFIXE DE BEAUMONT, Paul Philippe Hardouin de]. The life of henry the fourth of france, Translated from the French of Perefix, by m. le moine, One of his most Christian Majesty's Gentlemen in Ordinary.

A Paris. Printed by Didot l'aine, 1785.
Call us Email us
8vo. [8], 456pp, With a half-title. Finely bound in contemporary red morocco, ruled in gilt and blind, gilt supra-libros of The Society of Writers to the Signet to both boards, contrasting black morocco lettering-piece, A.E.G. Extremities marked, a trifle marked and sunned. Blue paper endpapers, recent bookplate of Robert J. Hayhurst and earlier library shelf-label to FEP, manuscript shelf-marks to verso of FFEP, foxed, very occasional ink-spotting, light marginal damp-staining.
A scarce English translation of L'histoire du roy Henry le Grand (Amsterdam, 1661) by bishop of Rodez, and later archbishop of Paris, Paul Philippe Hardouin de Perefixe de Beaumont (1606-1671) who composed the work for the gratification of Henry's grandson, Louis XIV, to whom he was preceptor. The initial translation into English, first printed in 1663 and commonly attributed to James Dauncey, was undertaken for another grandson, King Charles II. This later translation is remarkable for being the only English language edition printed on the Continent.

The Society of Writers to Her Majesty's Signet is a private organisation of Scottish solicitors, dating back to 1594, and part of the College of Justice. The Society maintains the Category A listed Signet Library, part of the Parliament House complex in Edinburgh.