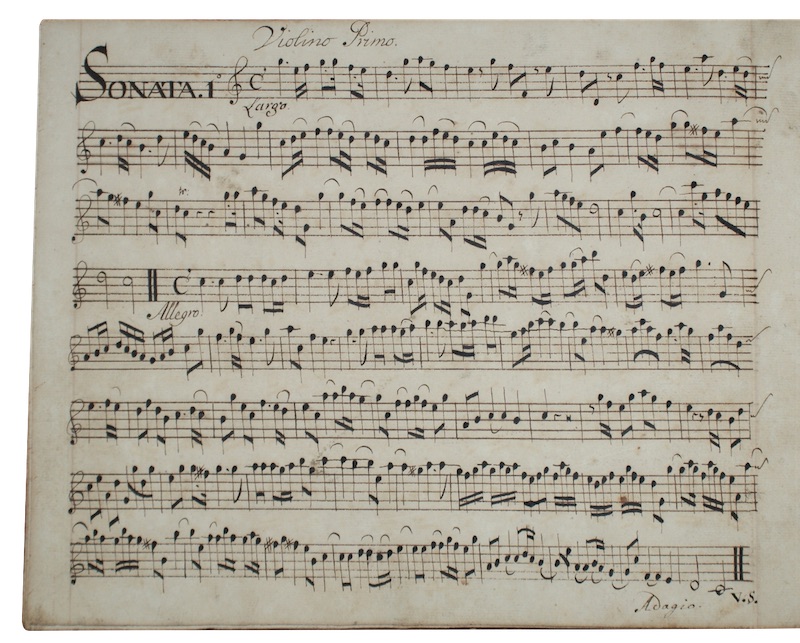 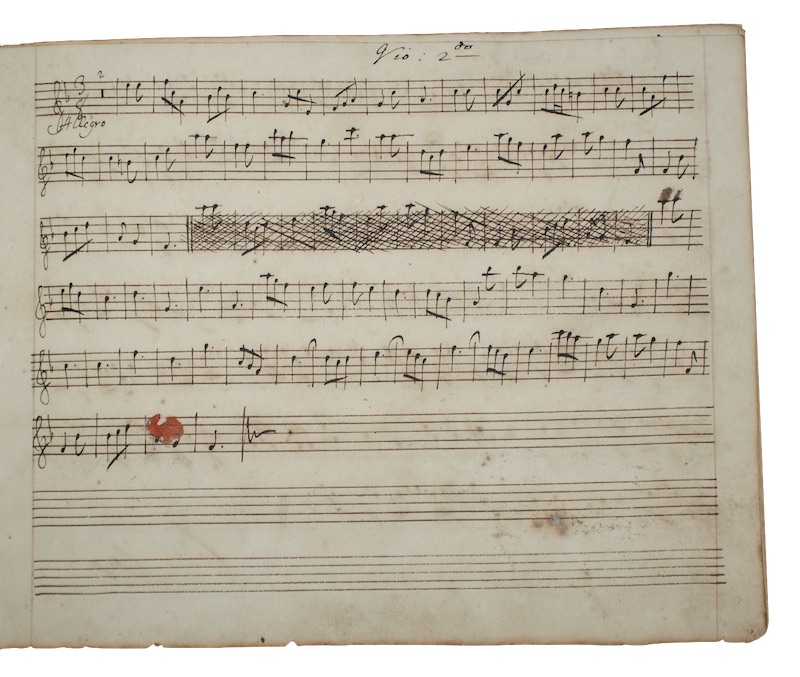 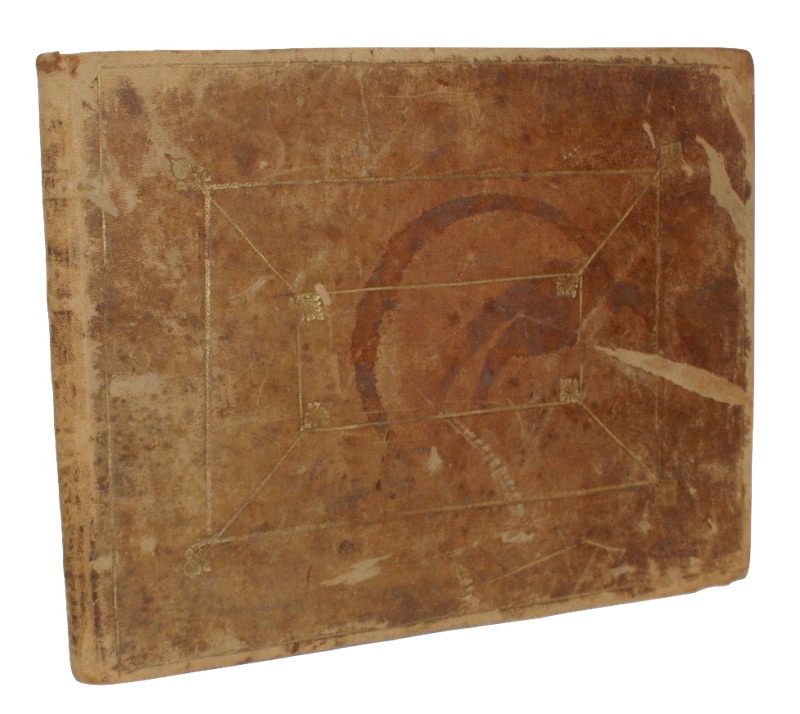 [s.i.]. [s.n.], [s.d., late eighteenth-century?]
Call us Email us
Oblong quarto. Manuscript on paper. [18] leaves of musical notation, with a further [38] unused leaves of hand-ruled staves. Contemporary English panelled sheep, gilt. Extremities heavily rubbed and marked, some surface loss to boards. Marbled endpapers, internally clean and crisp.
A late eighteenth-century manuscript transcription of the musical notation of violin sonatas apparently composed by Arcangelo Corelli (1653-1713), with parts of seven sonatas for both primo and secondo violin. The Italian born Corelli was one of the preeminent figures of the Baroque, his music being vital to the development of the modern genres of sonata and concerto, the first coalescing of modern tonality and functional harmony, and in establishing the prominence of the violin in orchestral performance.
£ 450.00 Antiquates Ref: 19130
This site uses cookies.Find out more.