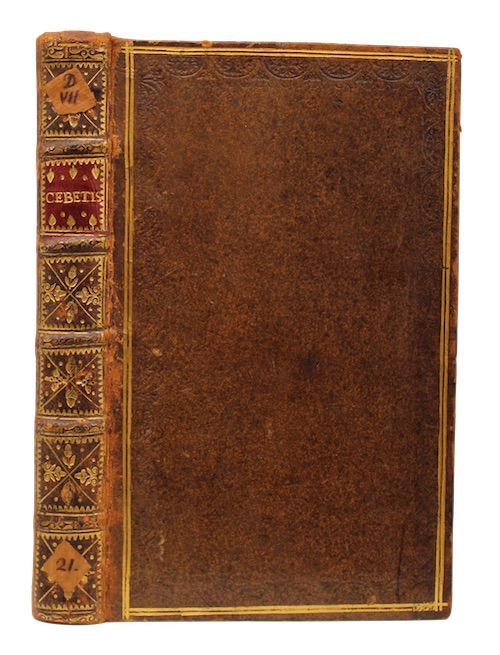 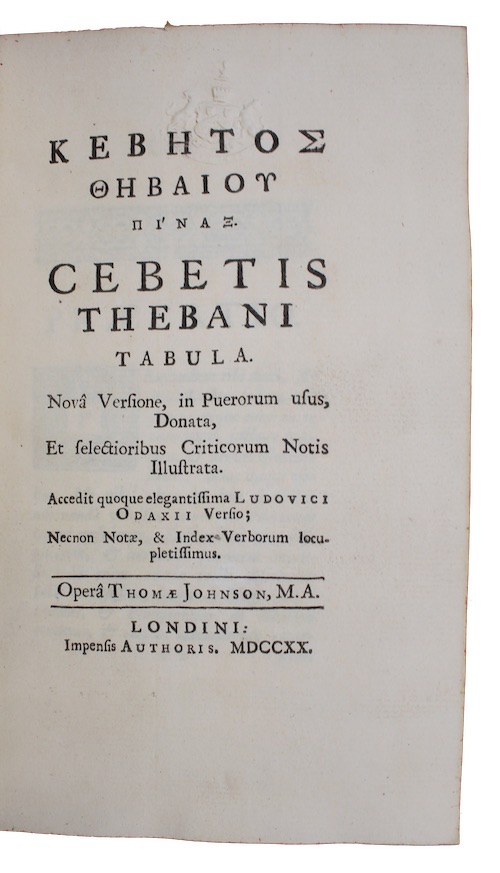 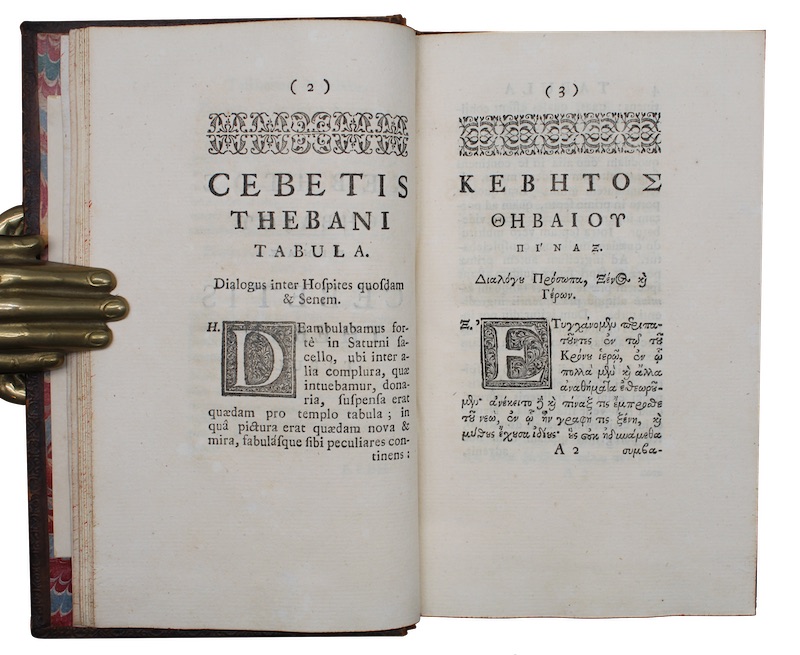 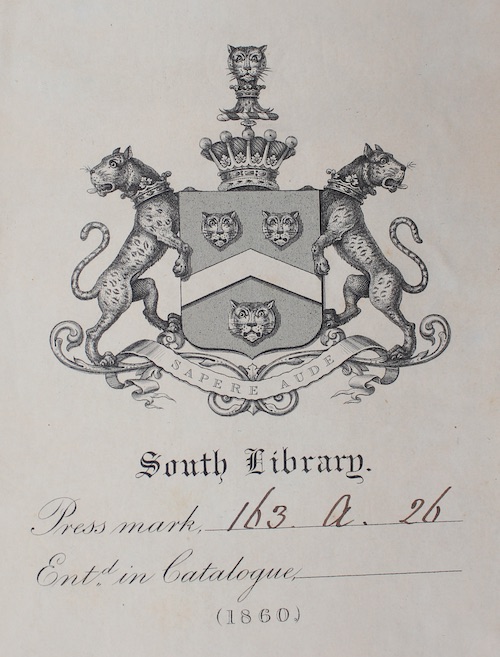 THE MACCLESFIELD COPY, PRINTED FOR THE AUTHOR

Londini [i.e. London]. Impensis Authoris, 1720.
Call us Email us
8vo. [4], ii, [6], 179pp, [25]. With a half-title. The first three words are transliterated from the Greek. Parallel Latin and Greek texts. Contemporary speckled calf, tooled in gilt and blind, contrasting red morocco lettering-piece. Lightly rubbed, slightly chipped at head of spine, paper shelf-labels to top and bottom spine compartments. Marbled endpapers, very occasional light spotting. The Macclesfield copy, with the armorial 'South Library' bookplate and armorial blind-stamps to half-title, title page, and first leaf of text, as usual.
The handsome Macclesfield copy of the Tabula or Pinax, a dialogic interpretation of an allegory on the pitfalls of human life, said to have been at the temple of Cronus in Athens or Thebes. The work was commonly misattributed to Greek philosopher Cebes of Thebes (c430-350BC) that the designation Tablet of Cebes remains despite its likely origination in the first or second century. This edition was handsomely produced, in parallel Latin and Greek, for the author Thomas Johnson, M.A., a classical scholar of whom little is known.
ESTC T144292.
£ 250.00 Antiquates Ref: 19152
This site uses cookies.Find out more.