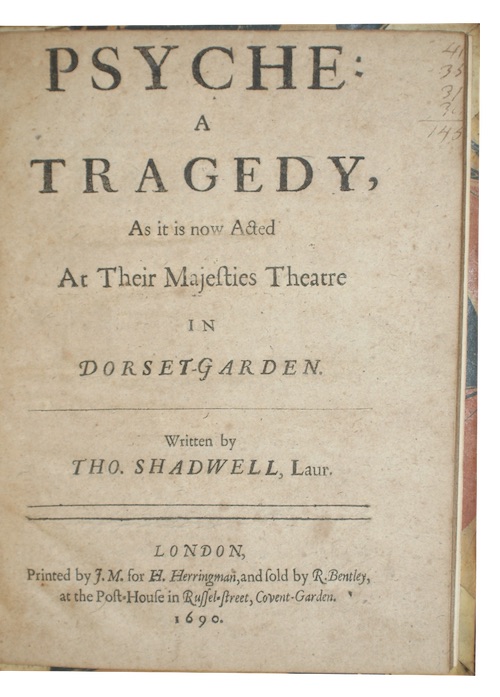 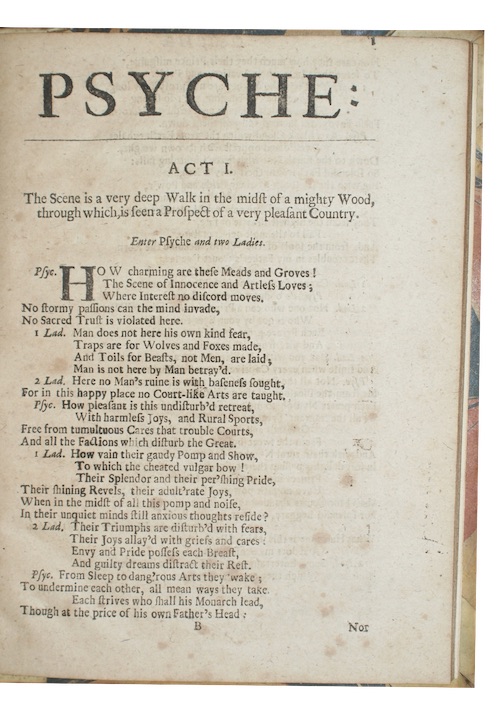 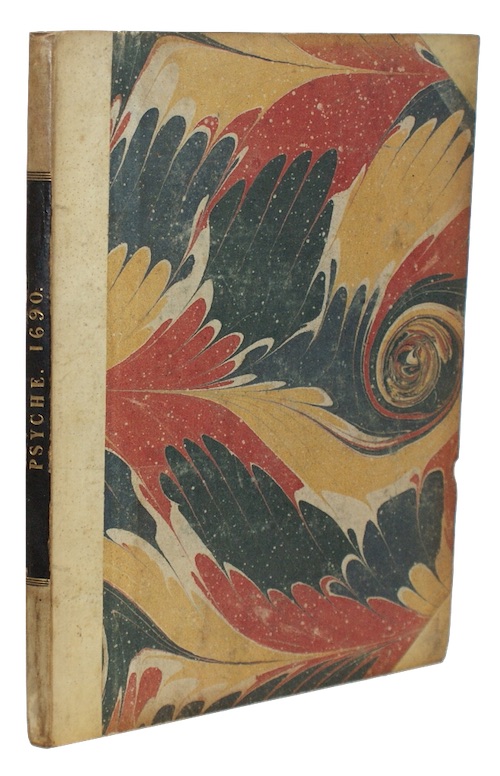 SHADWELL, Thomas. Psyche: a tragedy, As it is now Acted At Their Majesties Theatre in dorset-garden.

London. Printed by J. M. for H. Herringman, 1690. Second edition.
Call us Email us
Quarto. [8], 54pp, [2]. Later half-vellum, marbled boards, contrasting black morocco lettering-piece. Extremities lightly rubbed and discoloured. Foxed and brown, contemporary inked numerals to head of title-page, occasional shaving to running titles.
The second edition of one of the earliest operatic entertainments presented in English, Thomas Shadwell's (c.1640-1692) adaptation of Moliere's five act tragicomedy of the same name. First performed and printed in 1675, Psyche integrated music and dancing into the drama in a way which proved formative for English opera, and for which Shadwell produced the first dramatic musical score to be published in England. Shadwell's prolific and critically successful career was both cut short, and eventually raised beyond all expectation, by political crises. During the final years of the reign of James II, Shadwell became a firm enemy of his earlier friend John Dryden, and fell squarely in with the Protestant party. It is therefore unsurprising that following the success of the Glorious Revolution, and Dryden's refusal to swear allegiance to the new monarchs, Shadwell replaced him as Poet Laureate.
ESTC R38231, Wing S2867.
£ 500.00 Antiquates Ref: 19174
This site uses cookies.Find out more.