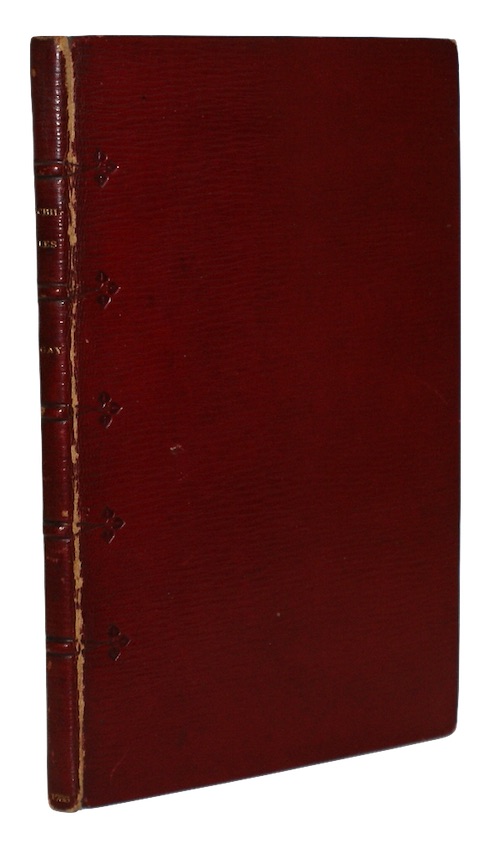 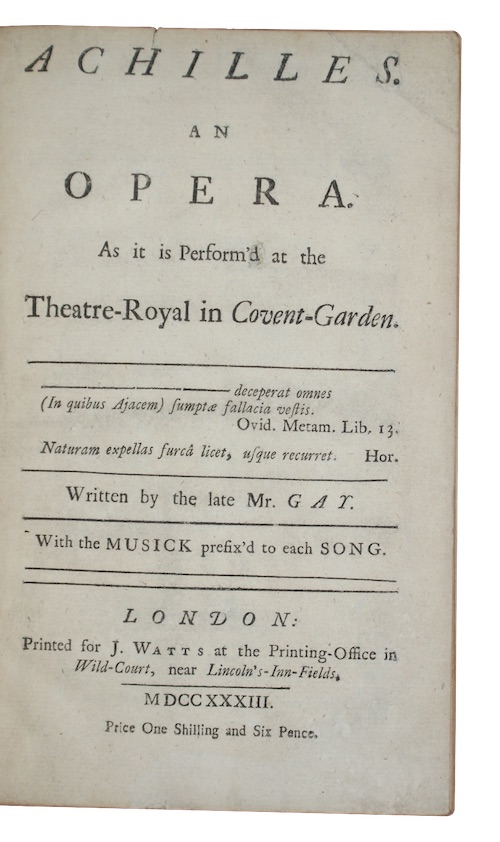 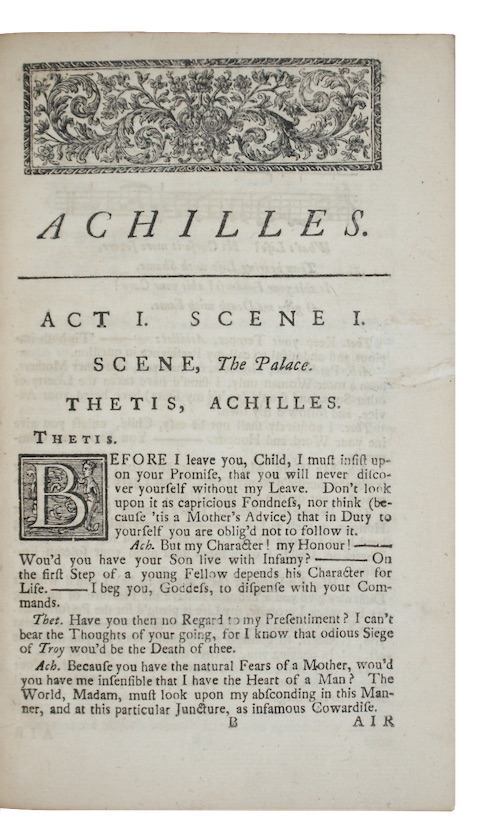 GAY, [John]. Achilles. An opera. As it is Perform'd at the Theatre-Royal in Covent-Garden...