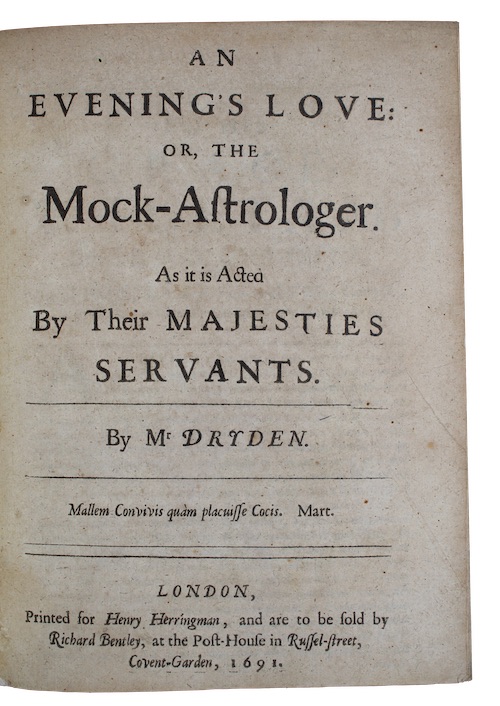 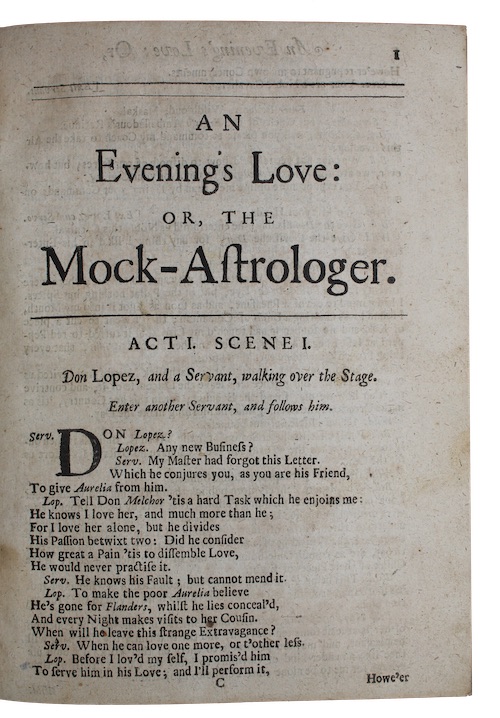 DRYDEN, John. An evening's love: or, the Mock-Astrologer. As it is Acted By Their Majesties servants.