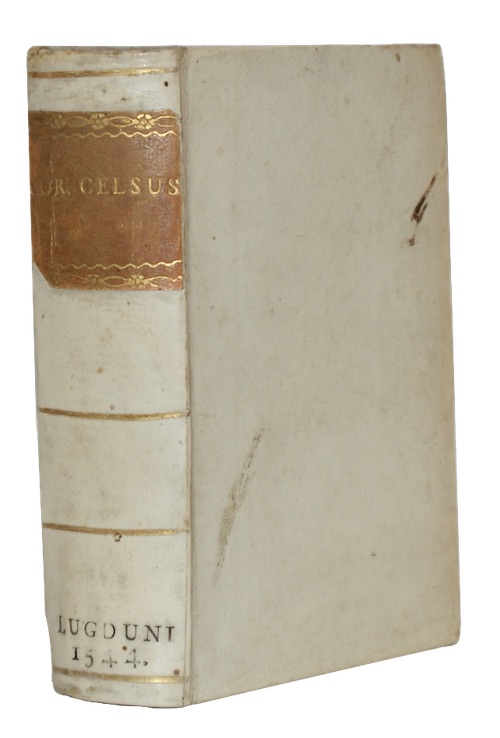 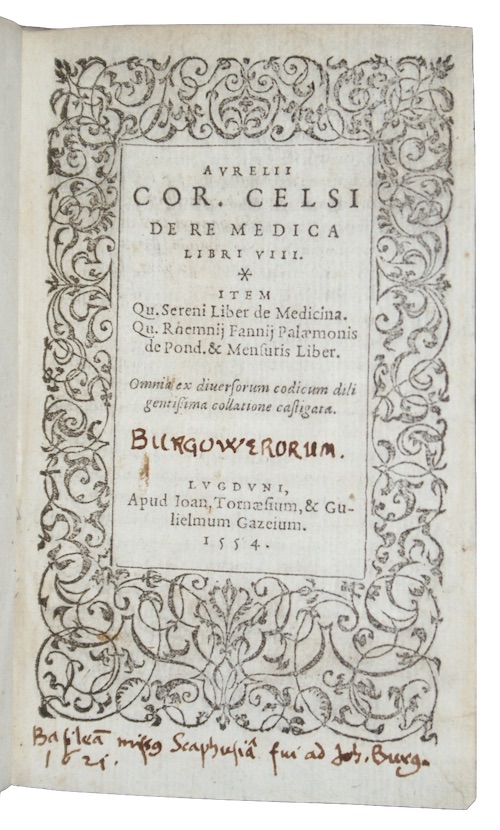 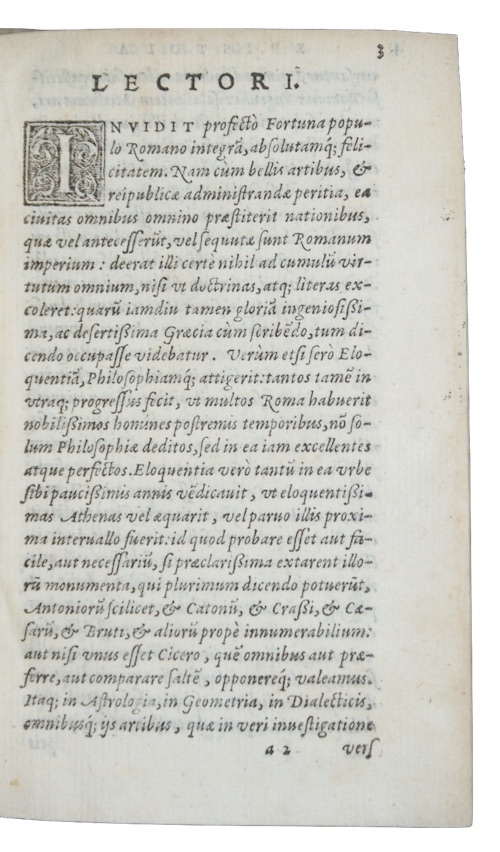 Lugundi [i.e. Leiden]. Apud Joan. Tornaesium, & Gulielmum Gazeium, 1554.
Call us Email us
16mo. 581pp, [25]. Later vellum, contrasting calf lettering- piece. Lightly marked and rubbed, some chipping to lettering-piece. Later manuscript inscription to title page: 'BURGOWERORUM / Basilea missg (?) Seaphalia fui ad Jos. Burg. 1621'.
A sixteenth-century printing of the only extant work of Roman medical writer Aulus Cornelius Celsus. Considered to be the only complete section of a larger projected encyclopaedia to survive, De re medica primarily deals with diet and the treatment of disease, drawing upon Hellenic traditions and Hippocratic practice, and is the first Western history on medicine. Written around 30 CE, known in the Middle-Ages up to the ninth-century when it was lost. The manuscript was not re-discovered until 1443 at Milan. The editio princeps appeared at Florence in 1478, making it the first medical treatise to be printed.
£ 375.00 Antiquates Ref: 19231
This site uses cookies.Find out more.