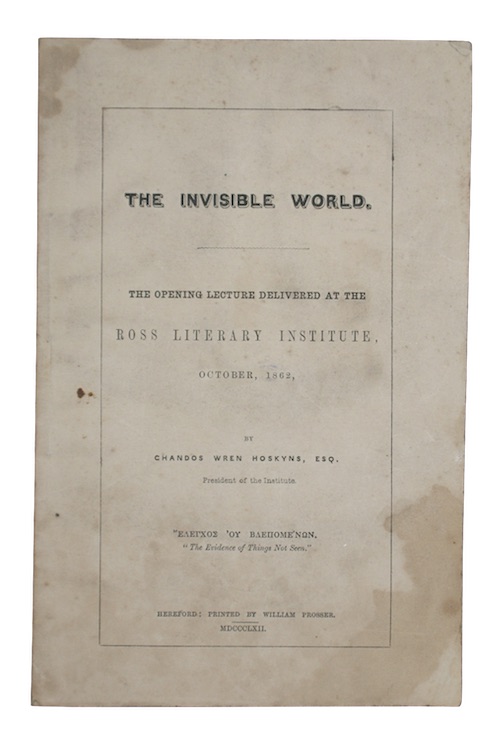 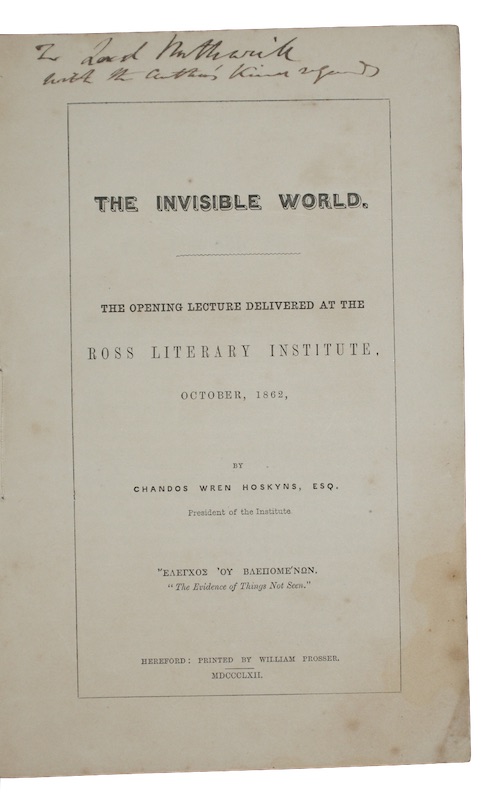 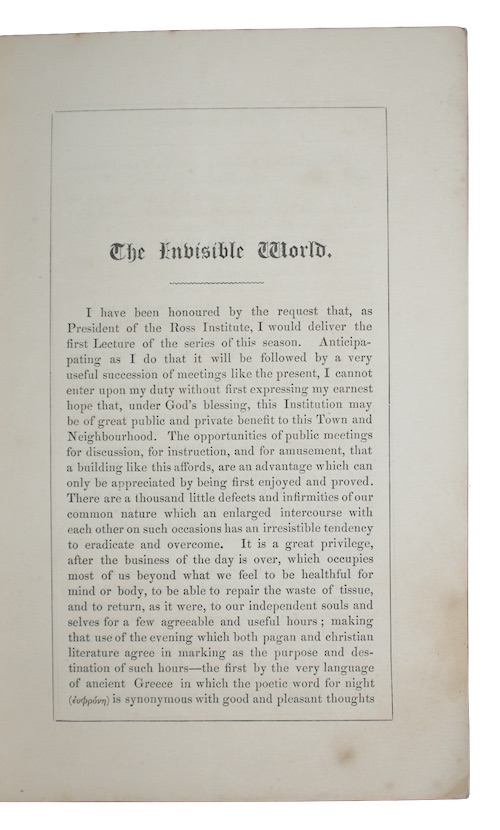 Hereford. Printed by William Prosser, 1862.
Call us Email us
8vo. 23pp, [1]. With the original printed wrappers, stitched as issued. Wrappers slightly marked, light uniform browning, few minor spots to first two leaves. Inscription 'To Lord Northwick with the author's kind regards' to title.
A remarkable scientific pamphlet on 'the evidence of things not seen' by Chandos Wren Hoskyns (1812-1876), Oxford-educated landowner, agriculturist and politician, and a regular contributor to the Journal of the Royal Agricultural Society. In this public lecture, he introduced his non-specialist audience to the physics and chemistry which underlie 'invisible' phenomena, including the composition of air, the combustion of gas with no need for catalysers, magnets, and 'that Electric Current, invisible to the mortal eye, which is passing along the telegraph wires at our side'. Victorian didactic science at its best.