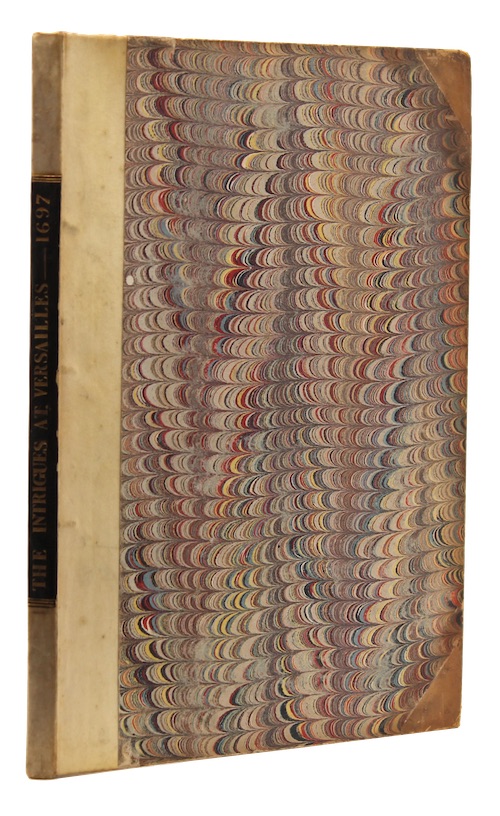 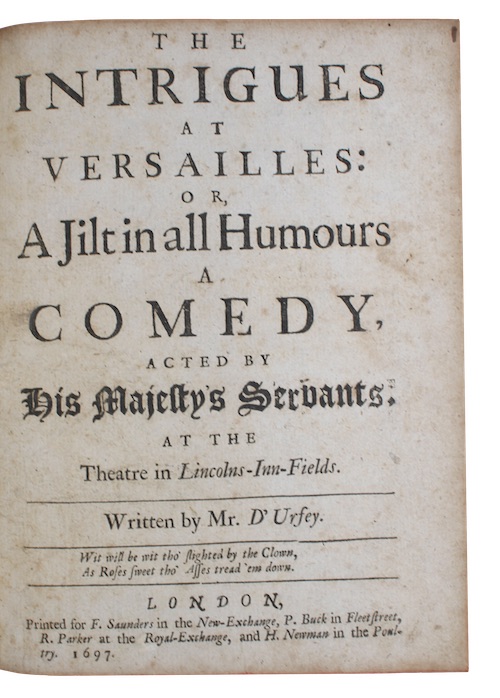 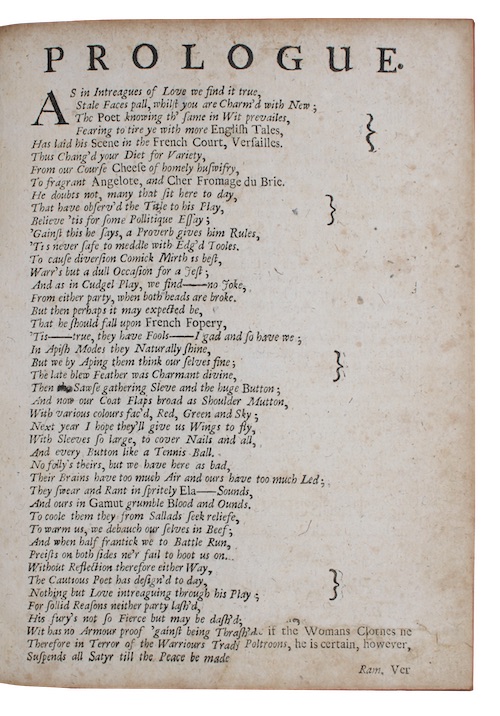 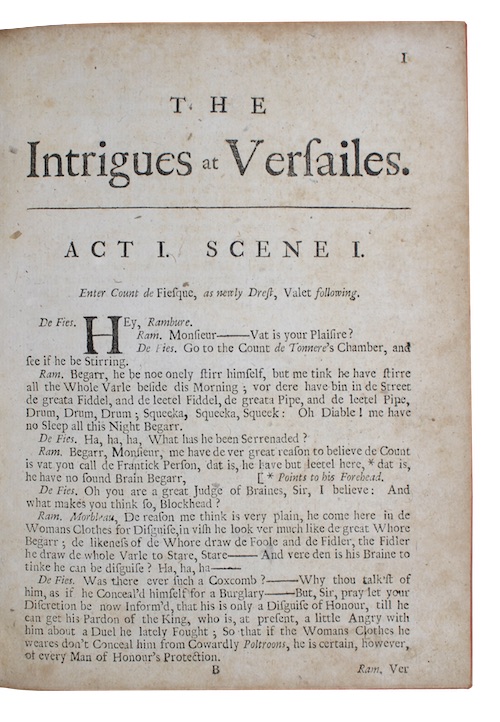 D'URFEY, [Thomas]. The intrigues at versailles: or, A Jilt in all Humours a comedy...

London. Printed for F. Saunders, 1697. First edition.
Call us Email us
Quarto. [8], 58pp, [2]. Later half-vellum, marbled boards, contrasting black morocco lettering-piece. Extremities lightly rubbed and discoloured. Loss to text of leaves A4, D2, and G2 - with slight loss of sense, occasional spotting/marking, foxed.
The first edition of playwright Thomas D'Urfey's (1653?-1723) bawdy comedy, the final work of his to be published prior to embroilment in the Collier controversy, whereby the Revd Jeremy Collier in his A Short View of the Immorality and Profaneness of the English Stage (1698) accused D'Urfey and others of promoting profanity on the stage, leading to D'Urfey's indictment on grounds of obscenity.
ESTC R14798, Wing D2736.
£ 150.00 Antiquates Ref: 19288
This site uses cookies.Find out more.