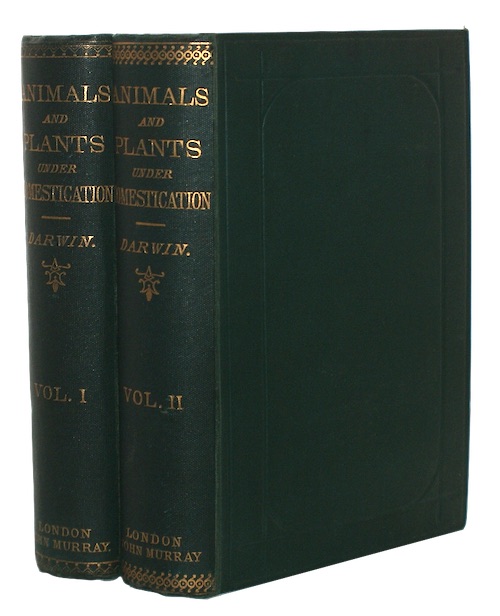 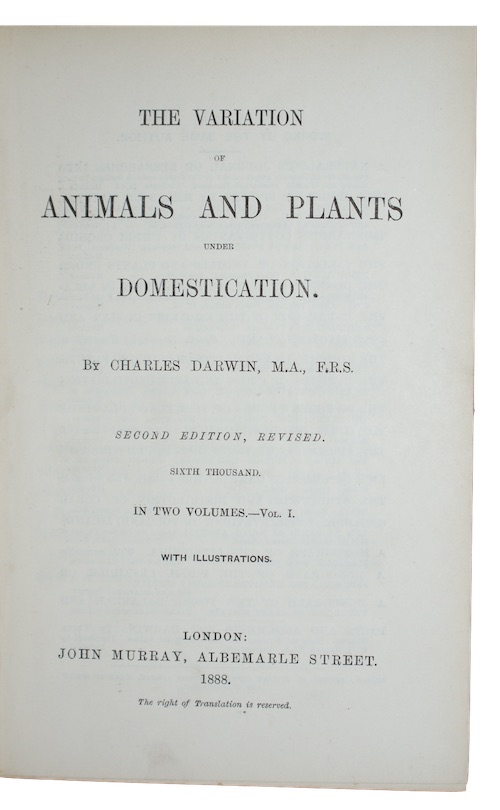 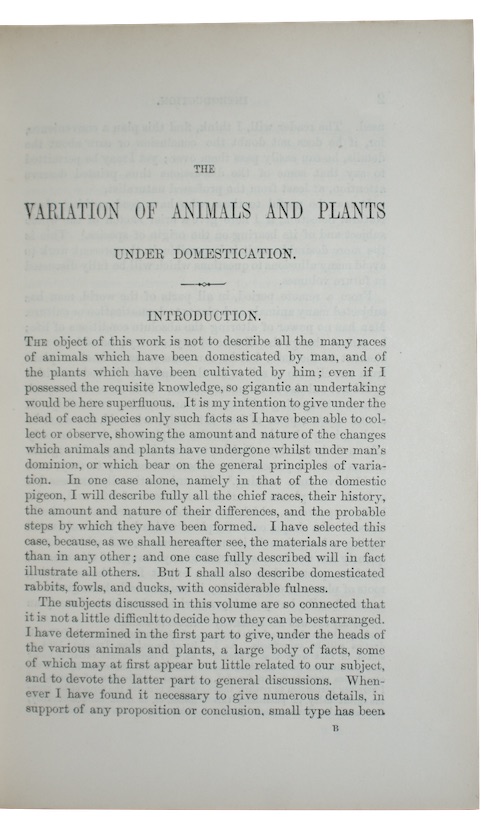 DARWIN, Charles. The variation of animals and plants under domestication.

London. John Murray, 1888. Second edition, sixth thousand.
Call us Email us
8vo. In two volumes. xiv, 473, [1]; x, 495, [1], With numerous engraved illustrations in the text. and a 32pp publisher's advertisement catalogue to Vol. II. Very slight rubbing a marking to extremities. Contemporary inked ownership inscriptions of S. H. Hammond to FEPs, else internally clean and crisp.
A crisp copy of the revised edition of naturalist Charles Darwin's (1809-1882) study of variation within plants and animals caused by the modification of species by breeders and horticulturists. First published in 1868, the work is notable for containing the first appearance of the term 'survival of the fittest (along with the fifth edition Origin of Species (1869)) as a substitute for Darwin's more anthropomorphic 'natural selection'; and the first expression of his theory of Pangenesis, the inheritance of acquired characteristics.
Freeman F889.
£ 500.00 Antiquates Ref: 19312
This site uses cookies.Find out more.