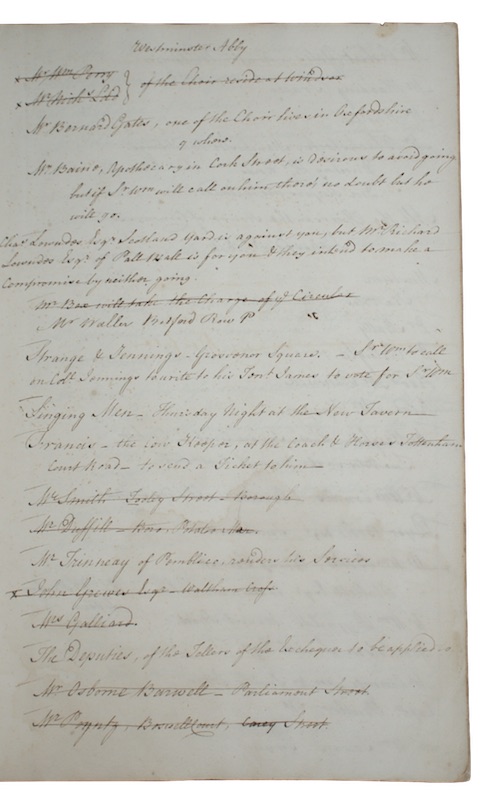 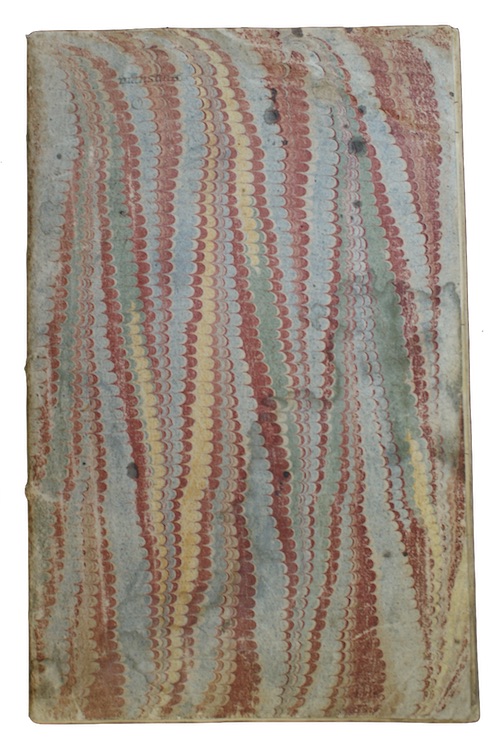 [s.i.]. [s.n.], [1768].
Call us Email us
Folio. Manuscript on paper. [24]pp of manuscript text, and 35 unused pages. Contemporary marbled paper wrappers. Extremities rubbed, marked, and a trifle creased. Internally clean and crisp.
An eighteenth-century manuscript memorandum book, in two distinct legible hands, commencing 7th August and concluding 24th November 1768. The appointments, many of which deleted upon conclusion, make reference to advertisements to be printed in local newspapers, colleagues in possession of poll books, meetings with local residents, tradesmen, and dignitaries, allusions to an upcoming election and notes upon those who hold votes, including members of Westminster Abbey choir and a Charles Lowndes Esq. of Scotland Yard, who served as a guardian to the Foundling Hospital.

The entries were evidently made by aides to the 'Sir William' mentioned throughout. A recent pencilled note to verso of the upper wrapper erroneously attributes this as William Beckford (1709-1770) M.P. for the City of London in 1768; but he was never knighted. A more likely explanation is that this was the memo book of one of the agents for Sir William Beauchamp-Proctor (1723-73), MP for Middlesex 1747-1768, who was involved in the notorious Middlesex election contests of 1768/9 (and variously defeated by the radical John Wilkes and his lawyer John Glynn) probably used during the by-election of December 1768.
£ 950.00 Antiquates Ref: 19354
This site uses cookies.Find out more.