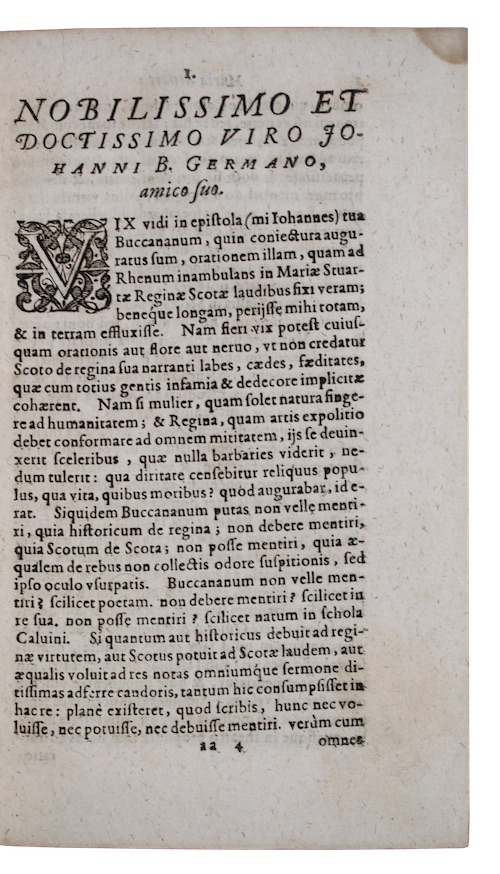 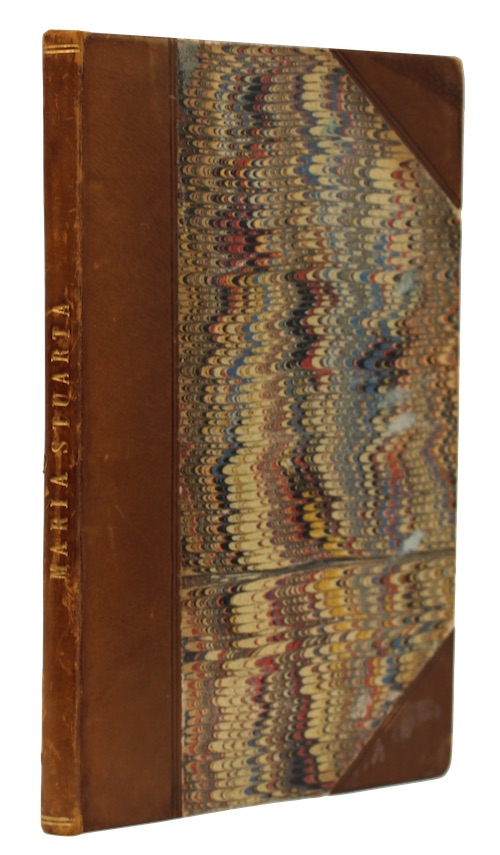 Coloniae [i.e. Cologne]. Sumptibus Petri Henningii, 1627.
Call us Email us
8vo. [6], 68pp, [2]. Nineteenth-century half-calf, marbled boards, lettered in gilt. Extremities a trifle rubbed. Inked ownership inscription to FEP, light damp-staining to margins, occasional spotting, final (approval to print) leaf laid-down due to significant loss (not touching text).
A Cologne-printed edition of Roman Catholic Priest Robert Turner's (d. 1599) succinct hagiography of Mary Queen of Scots (1542-1587), first published under his pseudonym Oberto Barnestapolio in 1588. Maria Stuarta is one of the earliest apologetics of the monarch printed. Unlike many contemporary works which dealt with the illegality of the imprisonment and execution of Mary, Turner's book focuses upon her political innocence, highlighting, through her as an example, the persecution of Catholics by Protestants; as such the work reads more like sectarian propaganda. At the time that the book was first published, Turner, having fled Protestant England, held the position of rector of the University of Ingolstadt. He pseudonym is derived from his place of birth, Barnstaple, Devon.
£ 250.00 Antiquates Ref: 19382
This site uses cookies.Find out more.