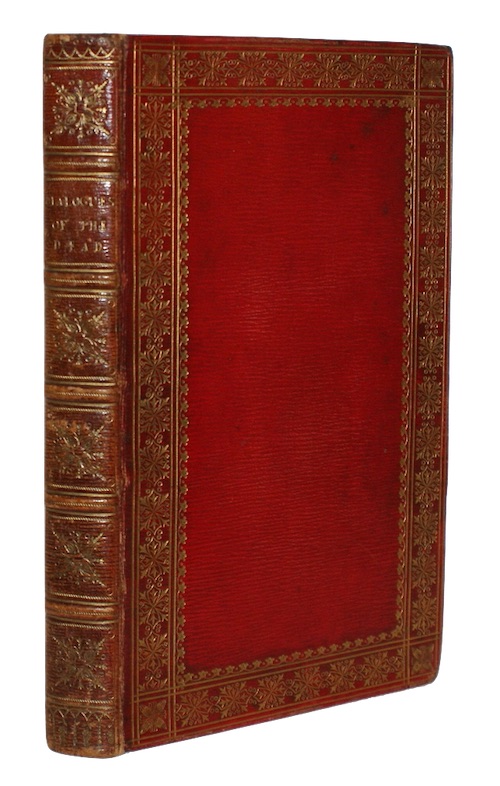 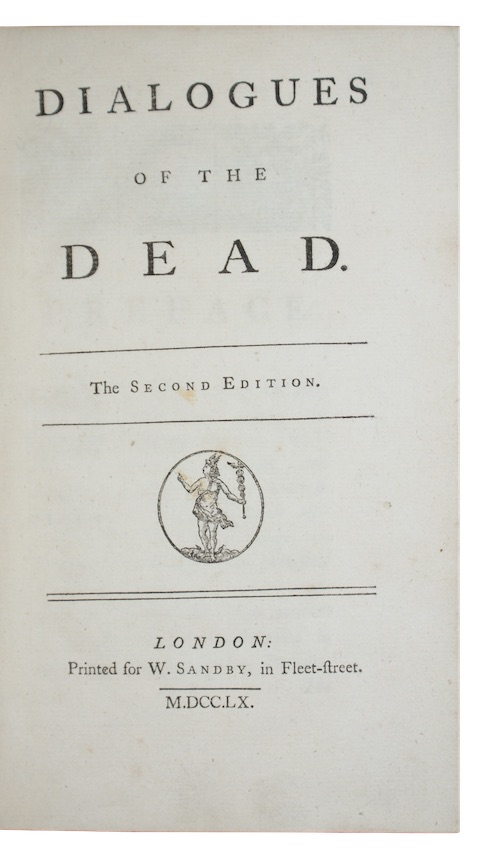 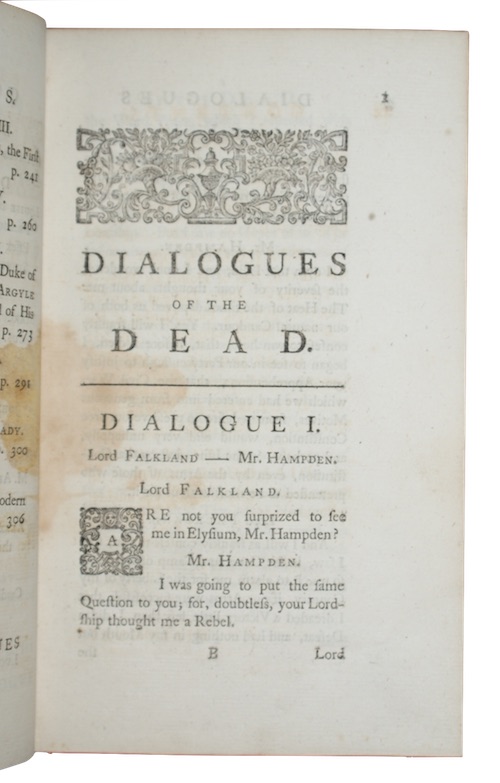 COMPLAINTS OF A MODERN BOOKSELLER

London. Printed for W. Sandby, 1760. Second edition.
Call us Email us
8vo. xii, 320pp. Without errata leaf. Contemporary gilt-tooled red straight- grain morocco, A.E.G. Lightly rubbed and marked, spine sunned. First front blank fly-leaf working-loose, inked prize inscription of Nelson House school, dated 1811, to recto of second blank fly leaf, some light damp- staining to initial gathering, very occasional chipping to margins.
A handsomely bound copy of George Lyttelton, Baron Lyttelton's (1709- 1773), imagined dialogues in the Lucianic model, predominantly concerned with politics both ancient and contemporary. The historical and fictional figures represented include; Addison and Swift, Ulysses and Circe, William Penn and Cortez, and Locke and Bayle. The final three dialogues (numbers 26-28) were written by social reformer and bluestocking Elizabeth Montagu (1718-1800), the last of which sees a 'modern bookseller' protest to Plutarch at being nearly ruined through being unable to sell copies of the biographers works: 'When I first set up shop, understanding but little of Business, I unadvisedly bought an Edition of your Lives...I sold a few to the Universities, and some to Eaton and Westminster...but unless a man has the luck to light on a Pedant he shall not sell a set of them for twenty years.' The Dialogues of the Dead were very well received, completing three editions within three months, after first sold out on the date of publication, 17th May.
ESTC T79409.
£ 350.00 Antiquates Ref: 19447
This site uses cookies.Find out more.