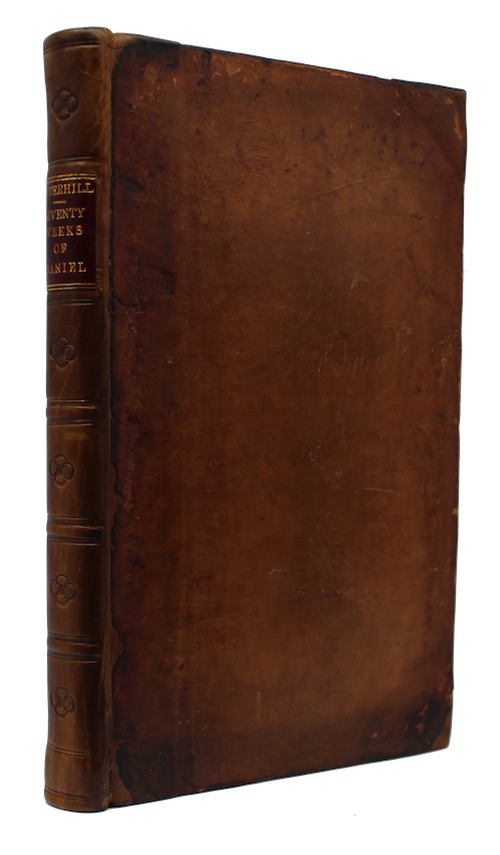 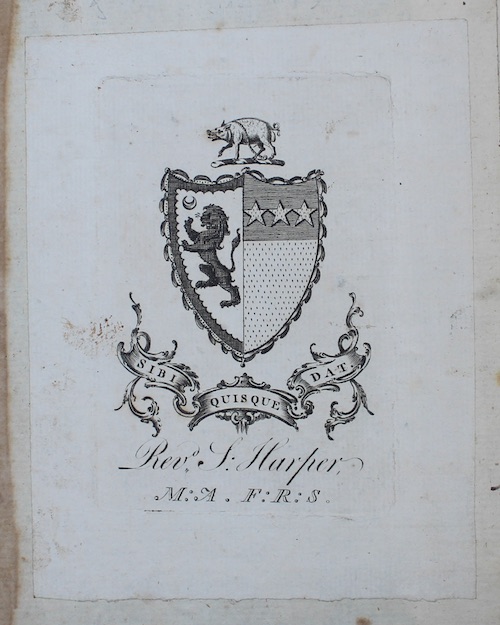 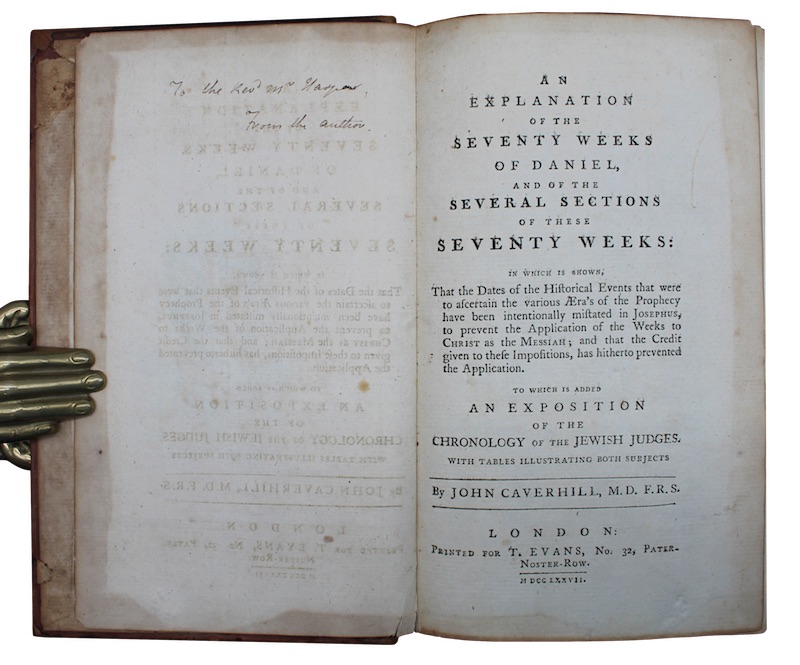 PRESENTED TO A LIBRARIAN

CAVERHILL, John. An explanation of the seventy weeks of daniel, and of the several sections of these seventy weeks: in which is shown, That the Dates of the Historical Events that were to ascertain the various Aera's of the Prophecy have been intentionally mistated in Josephus, to prevent the Application of the Weeks to Christ as the Messiah...to which is added an exposition of the chronology of the jewish judges. With tables illustrating both subjects.

London. Printed for T. Evans, 1777. Sole edition.
Call us Email us
8vo. [2], 219pp, [1]. Contemporary calf, rebacked and recornered, with new contrasting lettering-piece. Rubbed, cover marked and leather darkened; 'G.E. Colebrook' faintly scratched onto upper board. Presentation copy, inscribed 'To the Revd. Mr Harper, from the author' to verso of FFEP; with the recipient Rev. Samuel Harper's armorial bookplate (with the motto 'Sibi quisque dat') to FEP. Very occasional neat pencilled annotations/underlining.
A presentation copy of a scarce work of Biblical chronology, arguing - and in so doing disputing the work of Josephus and various earlier chronologists - that the 'seventy' and 'sixty-two' weeks prophecy revealed by Gabriel in Daniel IX. 24-27 were indeed messianic and fulfilled by Jesus.

The fourth and final published work of Scottish physician John Caverhill (d. 1781), this copy was presented to another Fellow of the Royal Society Rev. Samuel Harper (d. 1803), librarian, second Keeper of Printed Books at the British Museum, appointed as Under-Librarian 15 February 1765.