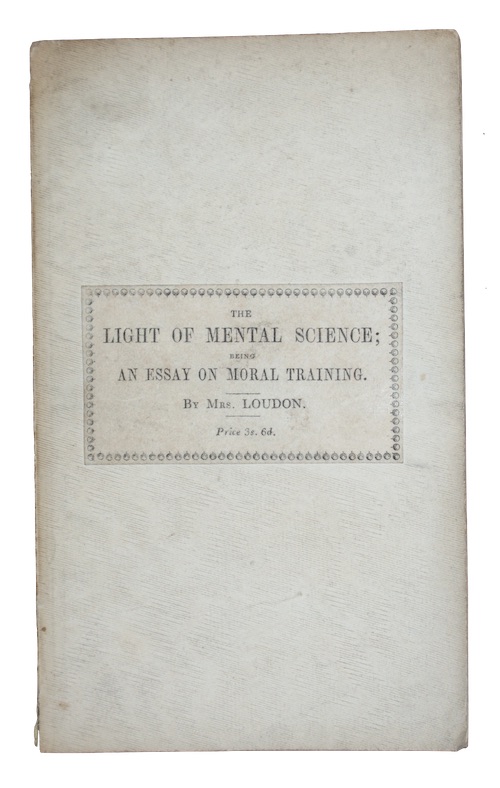 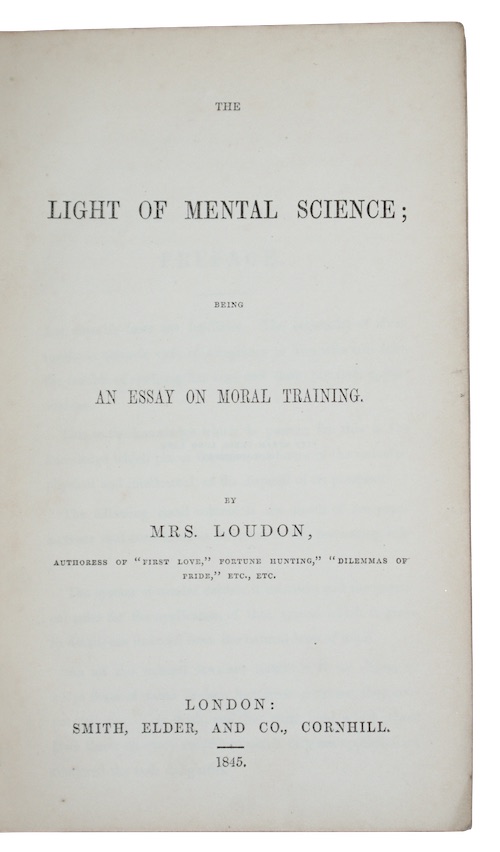 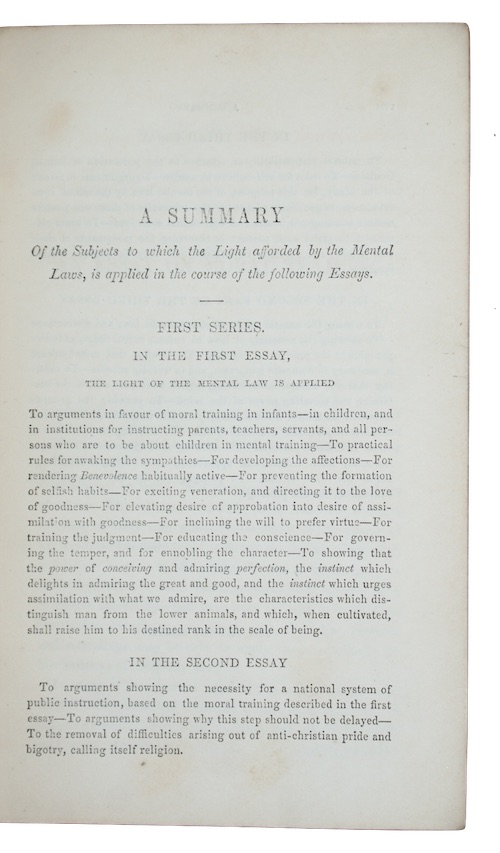 LOUDON, Mrs. [Margracia]. The Light of mental science; being an essay on moral training..

London. Smith, Edler and Co., 1845.
Call us Email us
8vo. [8], 127pp., [9]. With the final advertisements. Original cloth wrappers, title label to upper cover. Lightly rubbed, very minor loss at head and foot, slight toning. Bookseller's label of E. & F.N. Spon to front pastedown.
An important work in the history of Victorian psychology by Margracia Loudon (d.1860), novelist and author of essays on political economy. This work was greatly influenced by George Combe's Constitution of Man (1828), the first book to introduce the wider audience to the science of Phrenology or how to determine someone's behaviour from the size of the parts of their brain. Loudon applied Combe's methods to the training of educators: 'Why, then, should not nursery maids be taught to apply plain, practical rules, deduced from mental science, to their daily work - that of influencing the associations of the infant mind?' In particular, she was concerned with children's moral training, and their assimilation of benevolence. She believed that Phrenology applied to education could lead to self-improvement, an ideal inspired by utopian socialism.