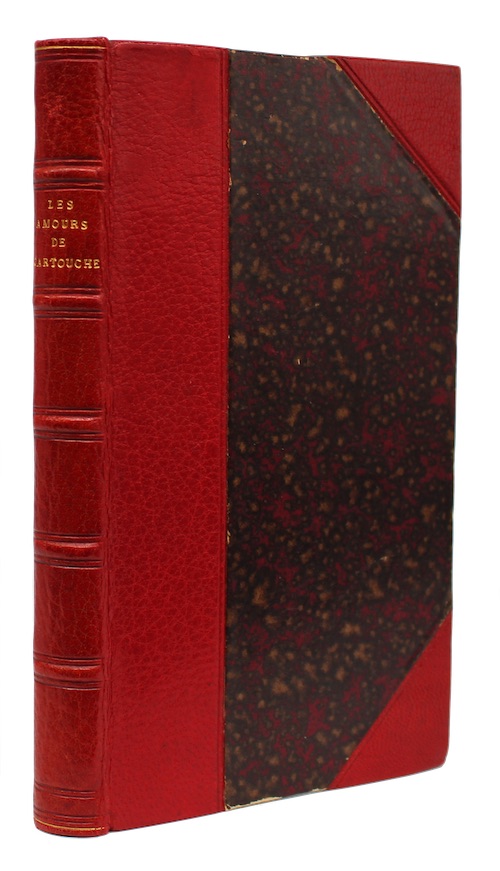 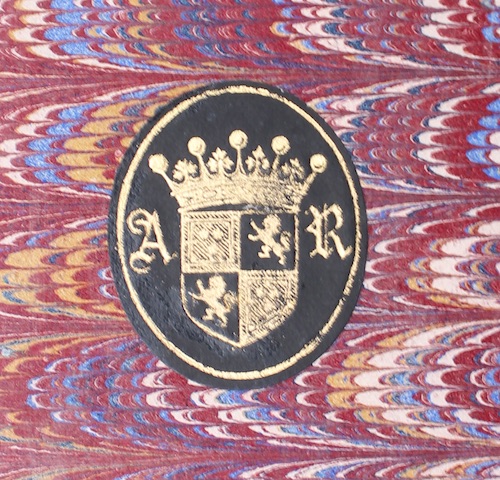 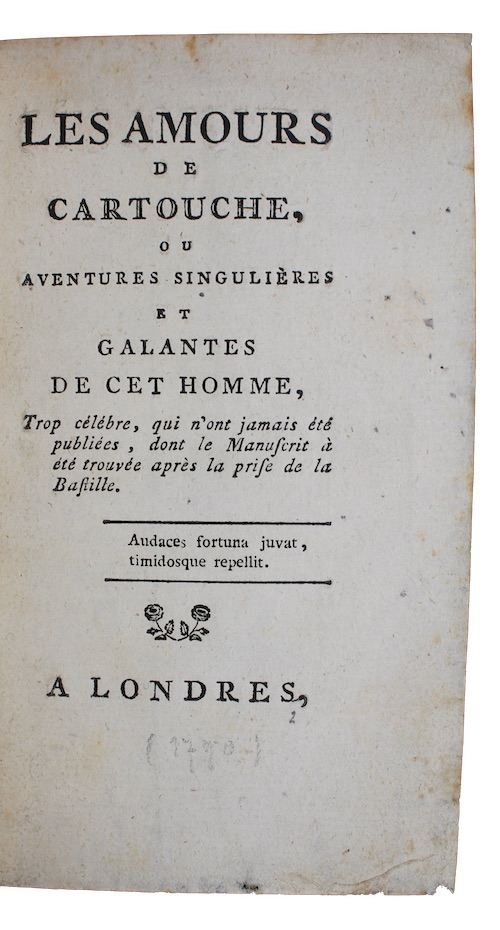 Londres, [but probably Paris]. [s.n., s.d.]
Call us Email us
16mo in 8s. 183pp, [1]. Finely bound in nineteenth-century half red morocco (by Roger De Coverly and Sons, with their stamp to verso of FFEP), marbled boards, spine lettered in gilt. Marbled endpapers. A fine copy, with only the slightest shelf-wear to extremities, marginal paper flaw to O4, title and preliminaries slightly marked. Lord Rosebery's copy, with his leather monogrammed ('AR') armorial book-label to FEP.
A handsome copy of a spurious romance, almost certainly printed in France, on the life of Louis Dominique Garthausen, generally known as Cartouche (1693-1721), French highwayman and gang leader, which must date from after 1789 (given that the title notes that it was printed from a manuscript discovered after the storming of the Bastille). Eventually executed on a breaking wheel in 1721, his criminal exploits, preying on the wealthy of Paris during the regency of Philippe d'Orleans, were, as with many eighteenth-century European brigands, romanticised in contemporary popular literature.

From the 'Continental' library of Archibald Philip Primrose, 5th Earl of Rosebery (1847- 1929), British Prime Minister and noted bibliophile, dispersed by Sothebys in 1995 (this title the lead item in lot 193, purchased by Maggs Bros.)