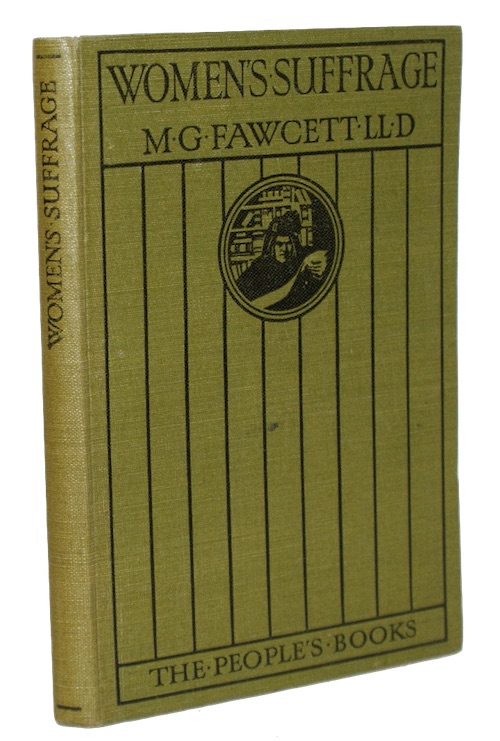 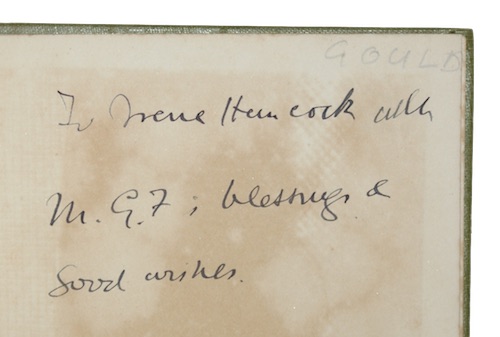 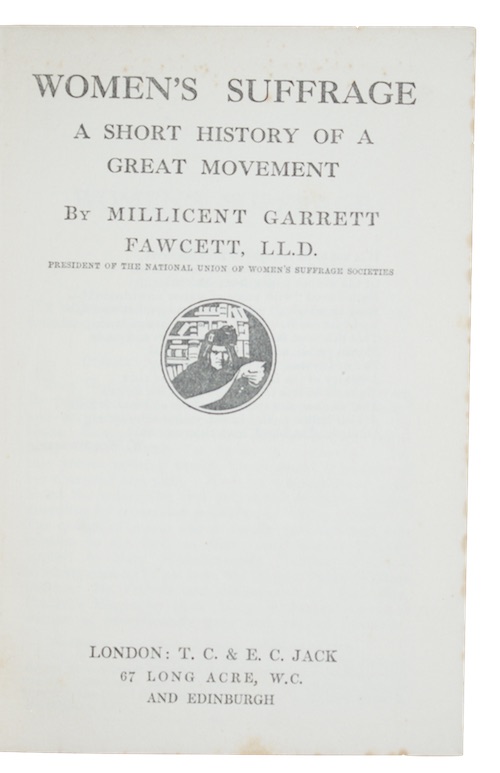 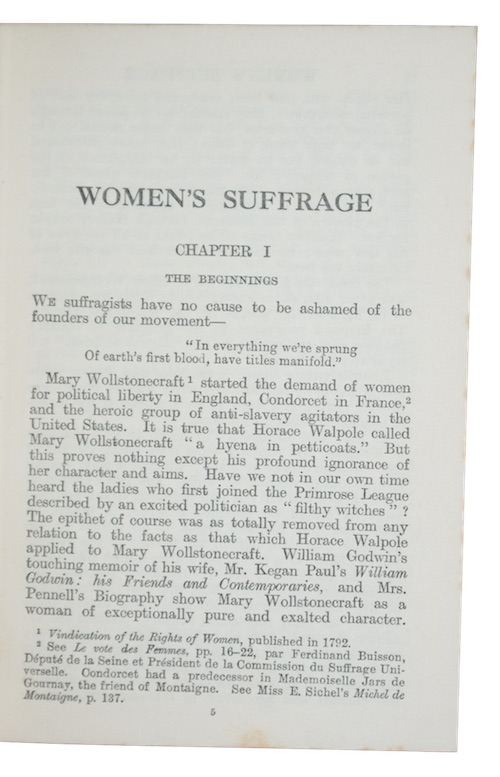 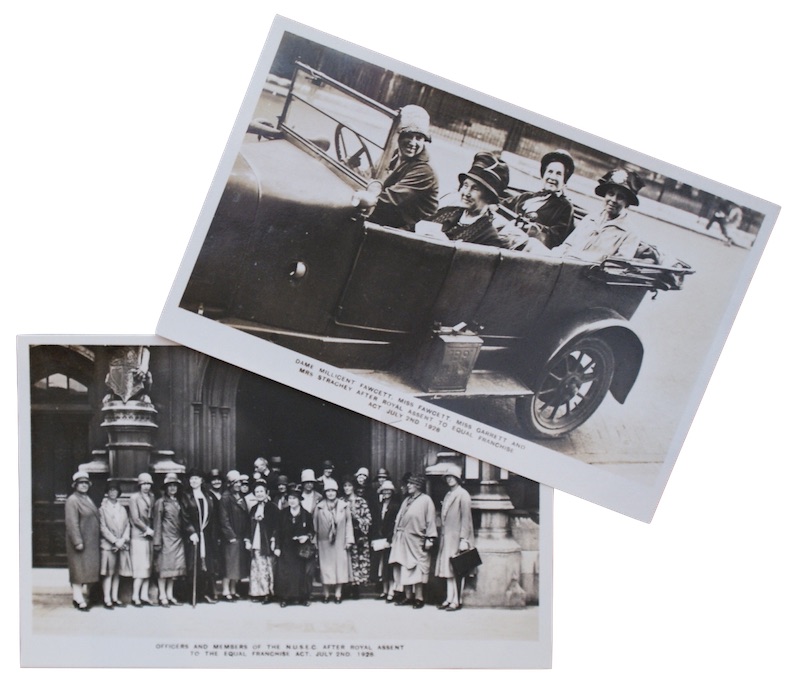 London. T. C. & E. C. Jack, [1912]. First edition.
Call us Email us
8vo. 94pp, [2]. With a half-title and a final leaf of advertisements. Original publisher's green cloth, decorated and lettered in black. Very slight rubbing to extremities. Some browning to endpapers, else internally clean and crisp, a fine copy. Two contemporary postcards depicting Fawcett and other members of the women's suffrage movement loosely inserted. Presentation copy, inked inscription to recto of FFEP: ' To Irene Hancock with / M. G. F.s blessings & / good wishes'.
The first edition of a history of the rise and progress of the constitutional women's suffrage movement by one of its primary leaders, Millicent Garrett Fawcett (1847-1929). This copy was presented by Fawcett to Irene Hancock, who served as General Secretary for the National Union of Societies for Equal Citizenship in the 1920s, and as private secretary to Stanley Baldwin prior to his becoming Prime Minister.
£ 3,250.00 Antiquates Ref: 20194
This site uses cookies.Find out more.