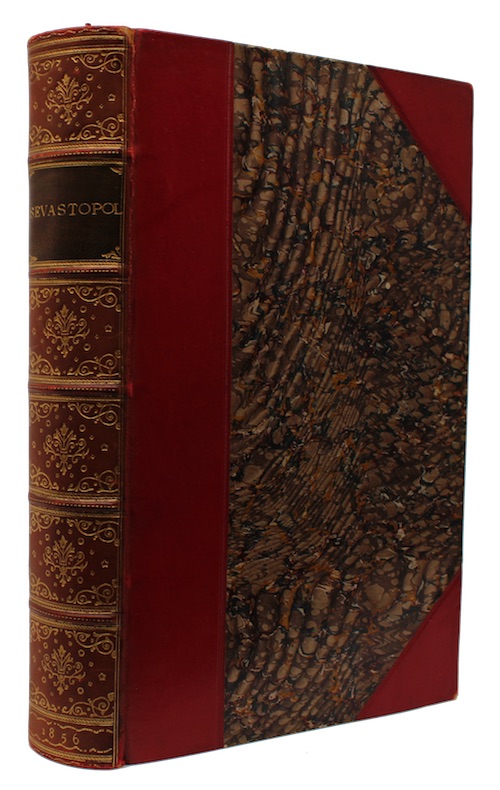 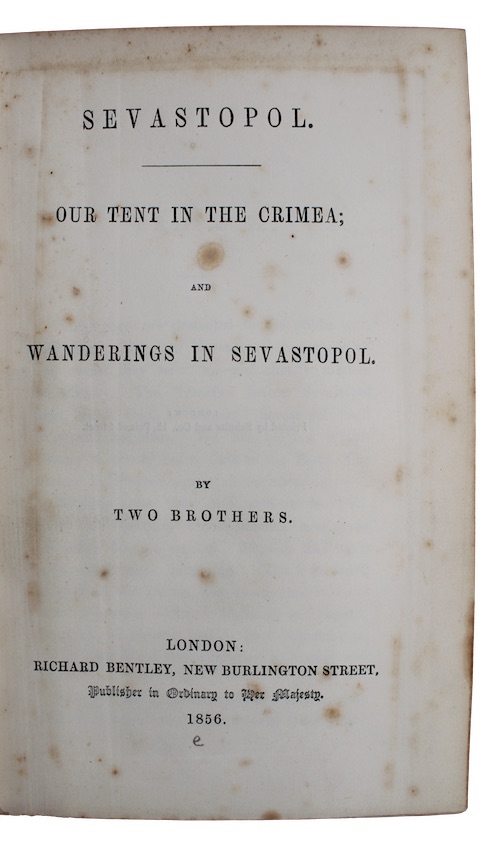 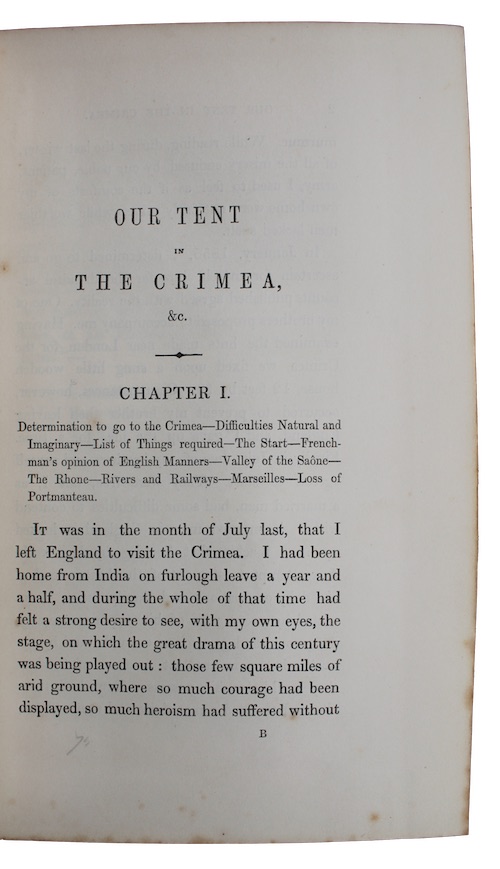 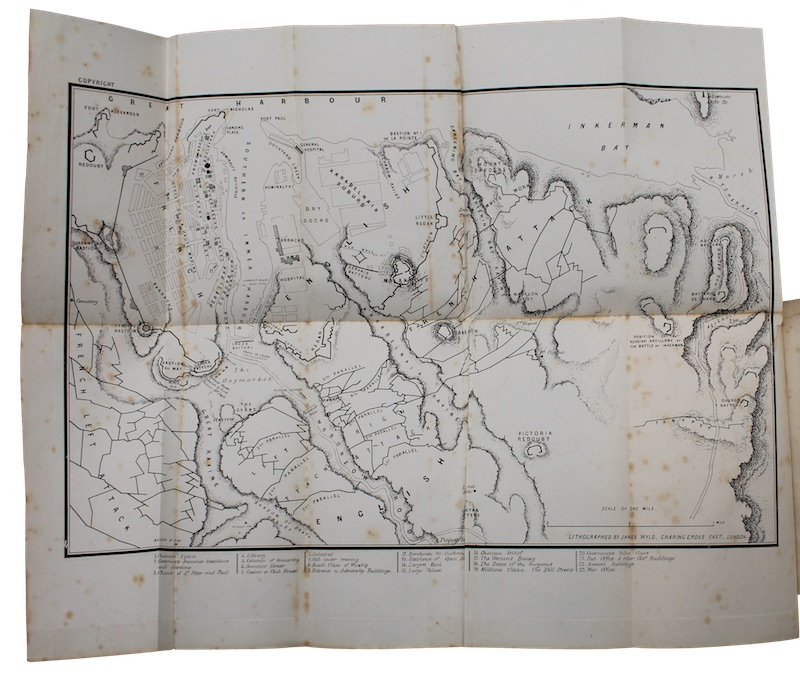 TWO BROTHERS [MONEY, A.; MONEY, George Henry]. Sevastopol. Our tent in the crimea; and wanderings in sevastopol.

London. Richard Bentley, 1856. First edition.
Call us Email us
8vo. x, [4], 443pp, [1]. With a lithographed folding map. Handsomely bound by Morrell in contemporary gilt-tooled red half-calf, marbled boards, brown morocco lettering-piece. Extremities lightly rubbed. Marbled endpapers, later armorial bookplate of Charles Arthur Wynne Finch to FEP, foxed.
A handsome copy of the first edition of a detailed description of the month-long excursion to the Crimea of the Money brothers, self-styled 'travelling gentlemen', between 11 August and mid-September 1855. The first part is written by 'A' from their arrival until his departure due to dysentery on 1 September; the narrative is continued with much detail on the siege of Sevastopol by George, who departs two weeks later. The book contains one of the first large-scale maps of the fortress and port of Sevastopol to be published.
£ 150.00 Antiquates Ref: 20199
This site uses cookies.Find out more.