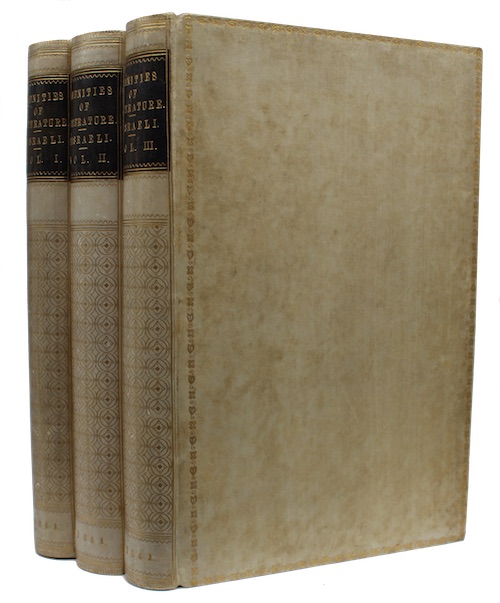 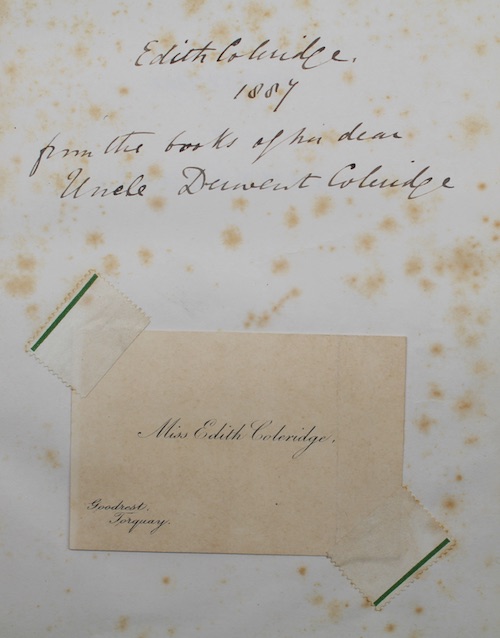 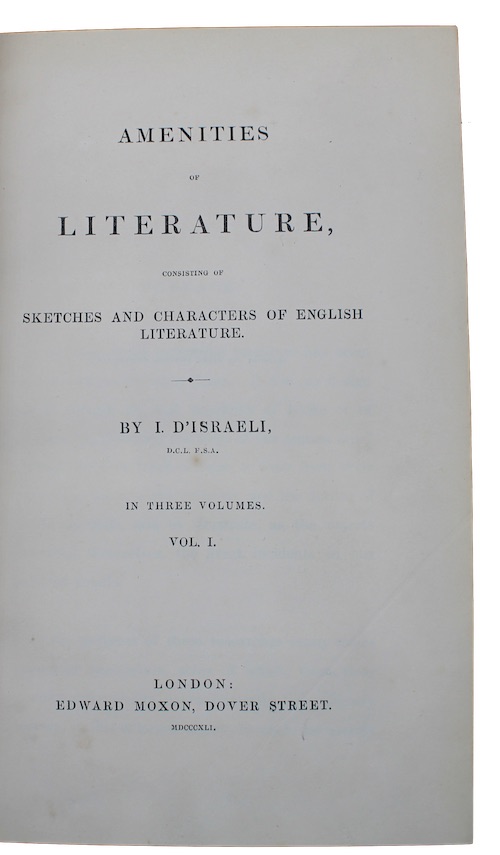 D'ISRAELI, I[saac]. Amenities of literature, consisting of sketches and characters of english literature.

London. Edward Moxon, 1841. First edition.
Call us Email us
8vo. In three volumes. xii, 372; vi, 429, [1]; vi, 420pp. With half-titles. Handsoomely bound in contemporary gilt-tooled vellum, contrasting black morocco lettering-pieces, T.E.G. Extremities lightly rubbed and discoloured. Marbled endpapers, occasional spotting. Inked inscription to recto of front blank fly-leaf of Vol. I: 'Edith Coleridge / 1887 / from the books of her dear / Uncle Derwent Coleridge', with her calling card tipped-in beneath. Obituary tipped-in opposite, to verso of FFEP.
This popular, sweeping survey of the progress of English vernacular literature by Anglo-Jewish man of letters Isaac D'Israeli (1766-1848), father of Prime Minister and novelist Benjamin Disraeli, was produced with the assistance of an amanuensis. As the author notes to his preface, 'not addressed to learned antiquaries', the work was entitled 'to connect it with its brothers', his earlier Curiosities of literature (London, 1791-1823) and Miscellanies; or, Literary Recreations (London, 1796).

From the library of Edith Coleridge (1832-1911), daughter of Sara Coleridge and granddaughter of Samuel Taylor Coleridge, and according to her inscription, inherited from the books of her uncle Derwent Coleridge .
£ 450.00 Antiquates Ref: 20317
This site uses cookies.Find out more.