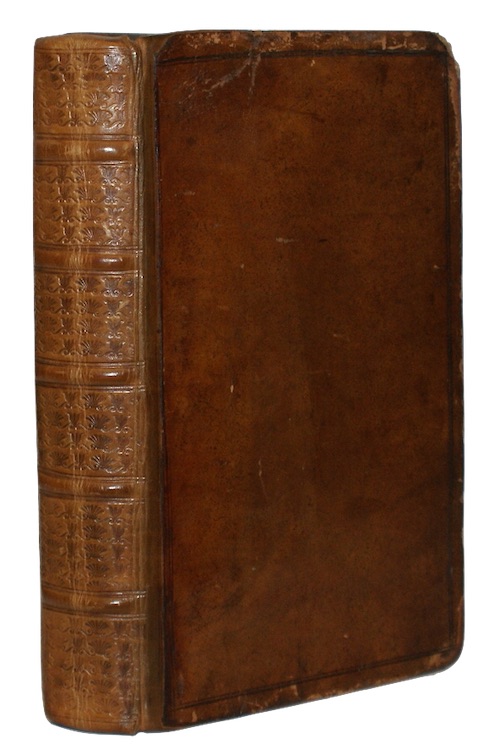 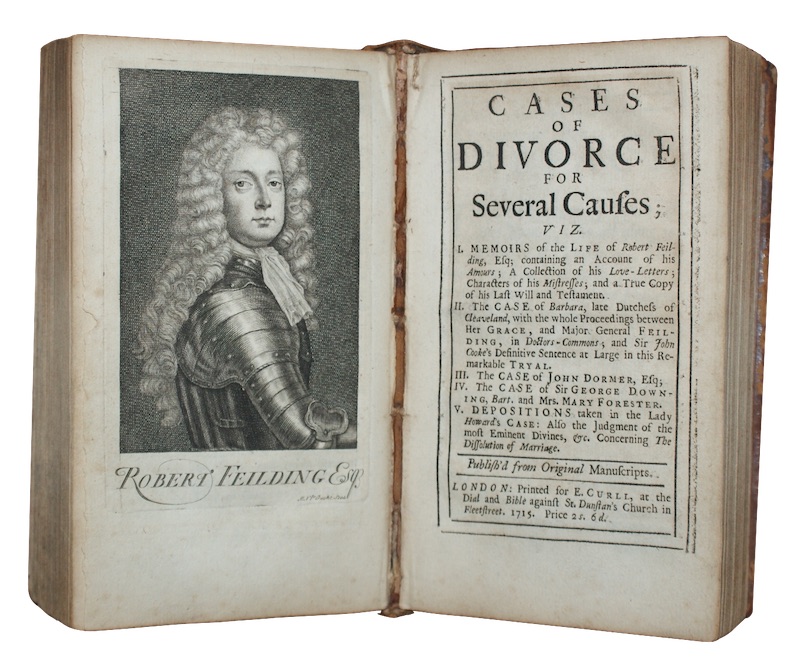 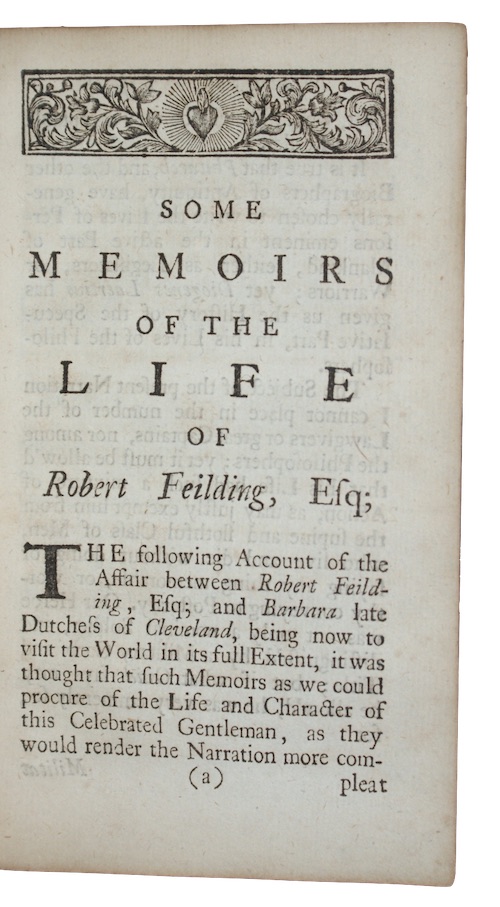 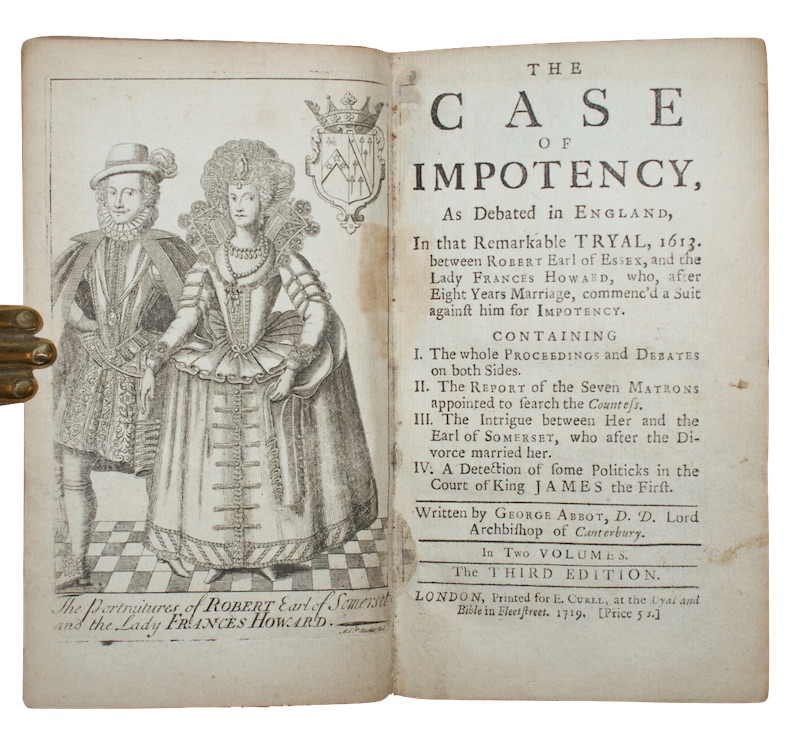 [Bound after:] ABBOT, George. The case of impotency, As Debated in England, In the Remarble tryal, 1613. between Robert Earl of Essex, and the Lady Frances Howard, who, after Eight Years Marriage, commenc'd a Suit against him for Impotency... London. Printed for E. Curll, 1719. Third edition. [8], 192pp. With an engraved frontispiece. One volume of two only. ESTC T76338.

12mo. Contemporary blind-ruled calf, recently neatly rebacked to style. Boards rubbed. Occasional ink and pencil marginalia to second mentioned work, recent newspaper clipping pasted to REP, lightly spotted.
An anonymous text, 'Publish'd from Original Manuscripts', recording notable seventeenth- and eighteenth-century divorce proceedings involving members of the aristocracy. Presented in five parts, each concerned with a separate incident, the work includes the depositions taken in regards to the case of courtier Frances Howard Carr, Countess of Somerset (1590-1632) and her husband, Parliamentarian army officer Robert Devereux, Third Earl of Essex (1591-1646) on grounds that the latter had failed to consummate the marriage. The Countess Frances had petitioned for an annulment, alleging Essex was incapable of sexual intercourse. The case was heard before a special ecclesiastical commission, who ultimately granted the nullity to widespread scandal. Another notable trial discussed is that of Barbara Palmer, Duchess of Cleveland (bap. 1640, d. 1709) and her bigamous marriage to renowned womanizer Robert Feilding (1650/51-1712). The pair had married just days after Feilding had wed one Mary Wadsworth, remarkably thinking her to be yet another woman on which he had designs. Upon discovering the deception, the Duchess began proceedings to annual their union. Feilding was found guilty of bigamy in 1706, only narrowly escaping the death penalty. The production is typical of the output of bookseller and printer Edmund Curll (d. 1747), whose success was founded upon the publication, and frequently piracy, of salacious, scandalous, and vulgar material.
£ 375.00 Antiquates Ref: 20343
This site uses cookies.Find out more.