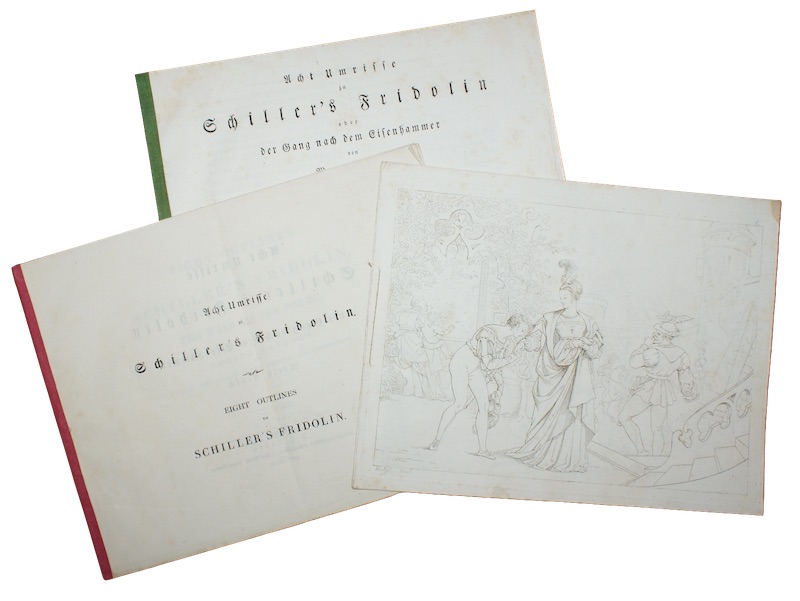 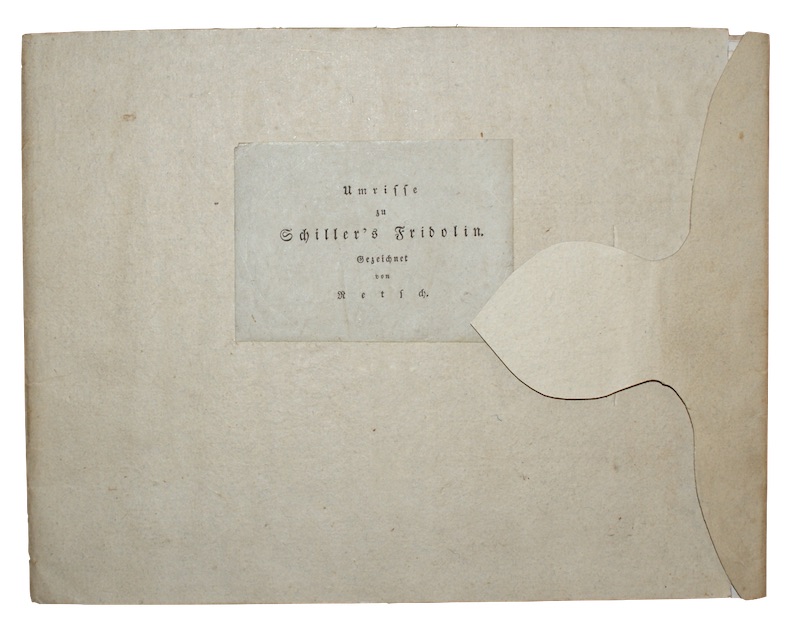 London [and] Stuttgart Und Tubingen. J. H. Bohte [and] in der J.G. Cotta'schen Buchhandlung, 1824 [and] 1823.
Call us Email us
Oblong quarto. Three volumes, within publisher's folder with paper title label. 10; [4], 11pp, [1]; 8 full-page engravings. Two text volumes sewn with small cloth strip glued to spine, the plates stitched, as issued. Occasional spotting.
The beautifully illustrated first illustrated edition of Schiller's 'Fridolin, or the Road to the Iron Forge' - a ballad which the German poet Schiller (1759-1805) composed for a poetry competition against Goethe in 1797, with the text volume of the parallel German-English edition, published in London by Bohte, ‘foreign bookseller to his majesty’. The engravings by Moritz Retzsch (1779-1857) German painter and draughtsman, were much praised: accompanied by the illustrations, the ballad 'assume[s] a new and more exalted character', provided by Retzsch's ability to give them 'an airy dimness that softens what is beautiful, and deepens all that is terrific' (Monthly Review, 1825, p.522).

OCLC locates a single copy in the British Isles (BL) and three in North America.
£ 375.00 Antiquates Ref: 20609
This site uses cookies.Find out more.