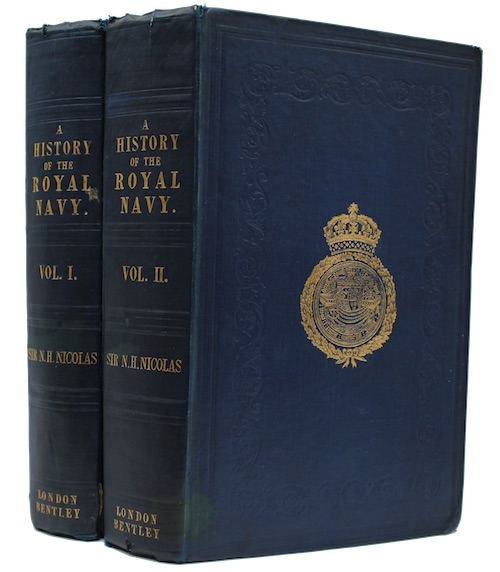 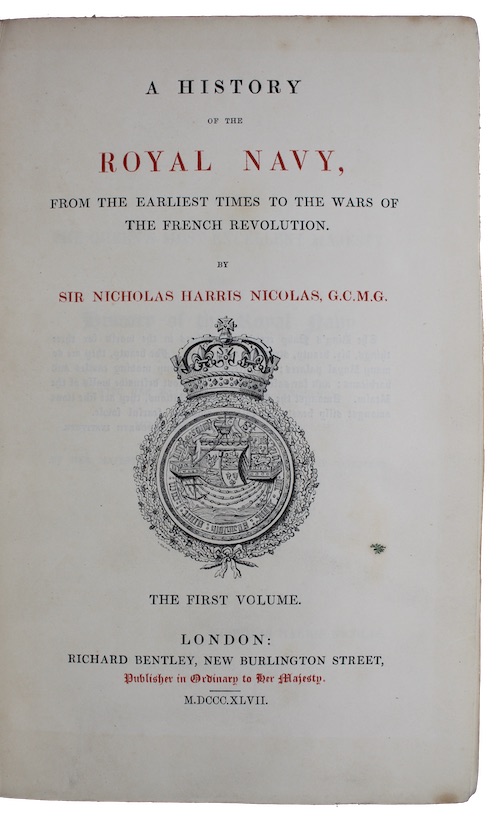 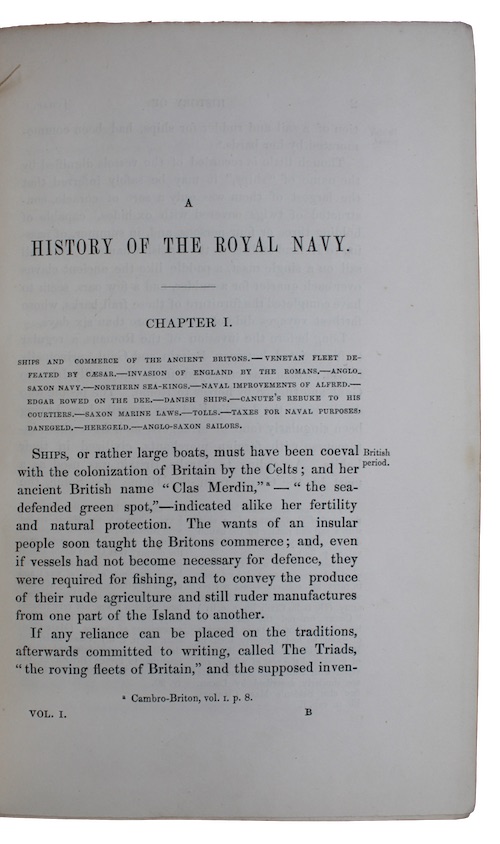 NICOLAS, Nicholas Harris. A history of the royal navy, from the earliest times to the wars of the french revolution.

London. Richard Bentley, 1847. First edition.
Call us Email us
8vo. In two volumes. xxv, [3], 469, [1]; viii, 534pp. With an engraved frontispiece to each volume. Titles in red and black. Original publisher's navy cloth, stamped in gilt and blind. Rubbed and sunned. Armorial bookplates of Tollemache to both FEPs, recent bookplate of Robert J. Hayhurst to FFEP of Vol. I.
The first edition of this narrative of the history of the Royal Navy, beginning with the seafaring exploits of the ancient Britons and concluding with the maritime power realised during the reign of Henry V. Sir Nicholas Harris Nicolas (1799-1848), remembered primarily for his masterful seven volume collection of the letters and correspondence of Lord Nelson, had intended to extend his history down to the days of the French Revolutionary Wars - he would not however live to write any further volumes. The work attests to Nicholas' dedication to conducting extensive research and seeking out primary sources for information, and remains one of the most ambitious of it's kind undertaken.
£ 200.00 Antiquates Ref: 20618
This site uses cookies.Find out more.