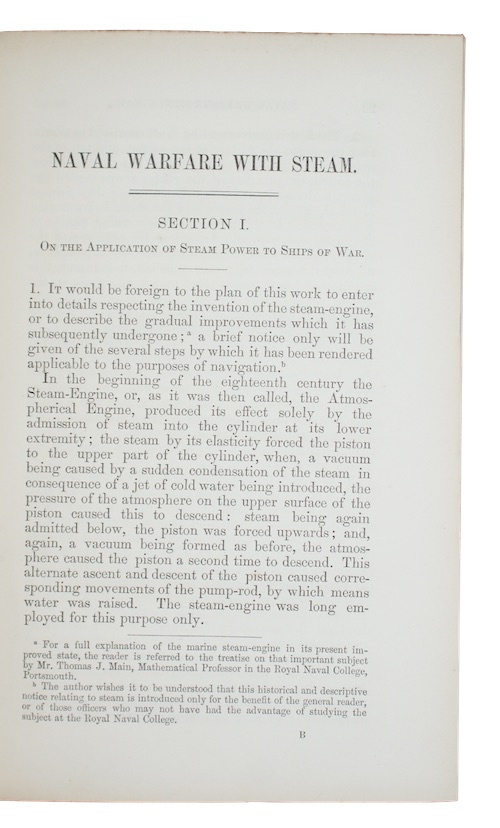 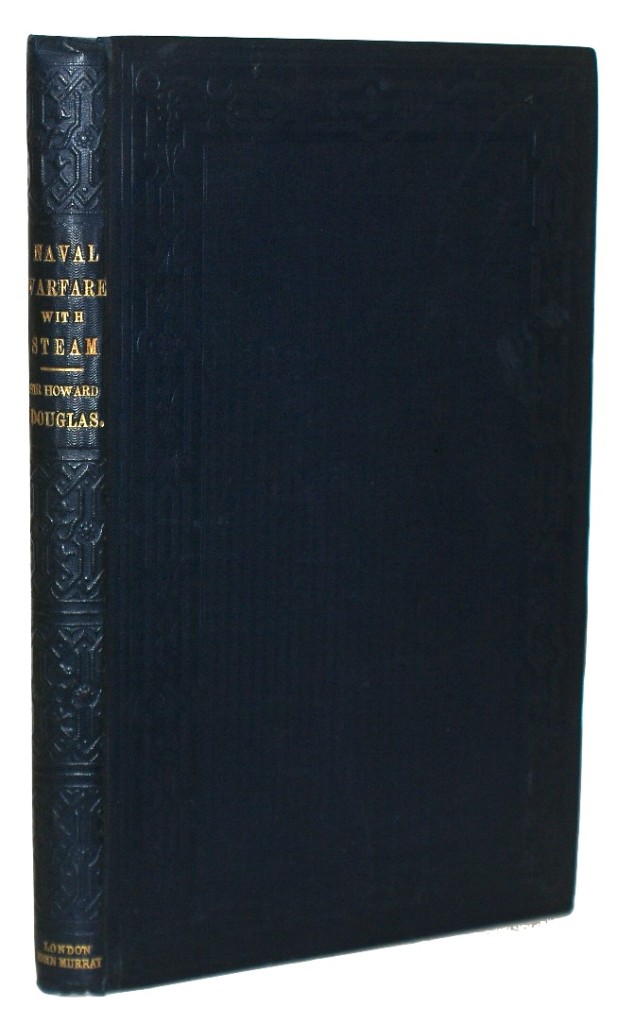 London. John Murray, 1858. First edition.
Call us Email us
8vo. 155, 32pp. With a half-title and a terminal publisher's advertisement catalogue. Original publisher's blind-stamped navy cloth, lettered in gilt. A trifle rubbed. Recent bookplate of Robert J. Hayhurst to FEP, lightly spotted.
The first edition of an important study of the application of steam propulsion and tactics for the Royal Navy, by British Army officer and colonial official Sir Howard Douglas (1776-1861). In his introductory remarks, Douglas makes clear his motives: 'The employment of steam as a motive power in the warlike navies of all maritime nations, is a vast and sudden change in the means of engaging in action on the seas, which must produce an entire revolution in naval warfare, and must render necessary the immediate adoption of new measures in tactics, and new material resources; these should be forthwith studied and provided, with all the mental and physical energies which the talent and wealth of this country can exert'. Written in retirement, when Douglas became an unofficial advisor to prime minister Lord Palmerston, this work analyses the use of steam to propel ships, considering engineering and design constraints on speed and manoeuvrability; and goes on to examine tactics, fuel economy, and fleet arrangement.
£ 250.00 Antiquates Ref: 20625
This site uses cookies.Find out more.