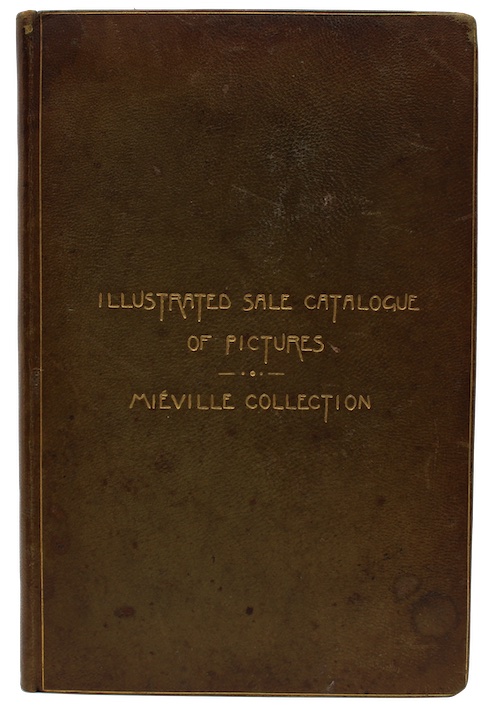 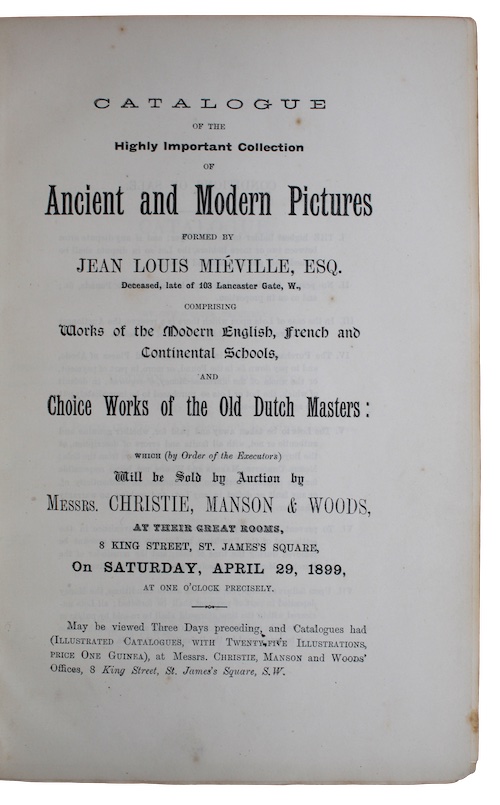 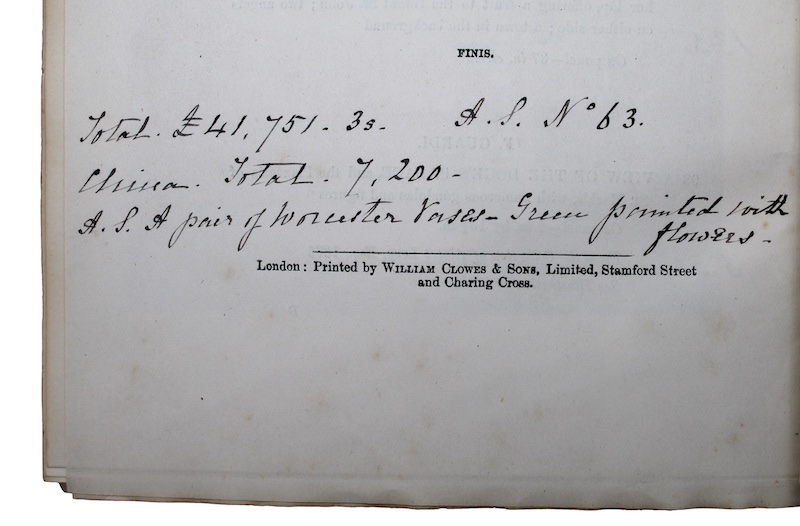 [MIEVILLE COLLECTION]. Catalogue of the Highly Important Collection of Ancient and Modern Pictures formed by jean louis meiville, esq. Deceased, late of 103 Lancaster Gate, W., comprising Works of the Modern English, French and Continental Schools, and Choice Works of the Old Dutch Masters: which (by Order of the Executors) Will be Sold by Auction by Messrs. Christie, Manson & Woods, at their great rooms, 8 king street, st. james's square, On saturday, april 29, 1899, at one o'clock precisely...

[London]. [Printed by William Clowes & Sons], [1899].
Call us Email us
8vo. 34pp. Illustrated with 25 autotype plates. Bound by Johanna Birkenruth of London in contemporary gilt-tooled olive-green morocco. Extremities rubbed, some marking/sunning, bumping to corners. Marbled endpapers, inked inscription to FEP: 'M. G. Machworth(?) / Date of dear father's passing / April 19th 1927 7.30 p.m.', occasional light spotting. Priced throughout in manuscript, with a note of the total amount (£41,751, 3s) to foot of final page. Newspaper cutting relating to the sale loosely inserted. A telegram, two typed sheets, and a newspaper cutting also loosely inserted - all relating to the sale at Christies in 1912 of 17 lots of Chinese porcelain (fetching just over £2,500).
A well-illustrated catalogue for a fine late nineteenth-century sale of 101 pictures, the collection of Jean Louis Mieville. Included as the choicest lots, and all illustrated, were two Morlands (Gypsies, which fetched £730, and The Interior of a Stable, £230), Portrait of a young boy by George Romney (£1,650), four works by Troyon, and Joshua Reynold's Portrait of Dr Hawkesworth, in red dress, seated in a library, writing, (£240).

This copy was bound by Johanna Birkenruth (fl. 1890s), of whose training little is known (although Marianne Tidcombe suggests that she was likely 'taught by someone in the trade, as her bindings have certain features of trade work about them' which are clearly demonstrated by this fin-de-siècle example), who worked out of a studio on Cromwell Road, South Kensington.
Tidcombe, Women Bookbinders 1880-1920, p.159-61.
£ 500.00 Antiquates Ref: 20674
This site uses cookies.Find out more.