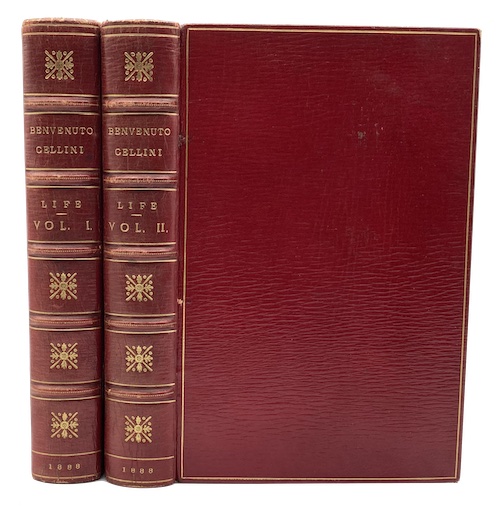 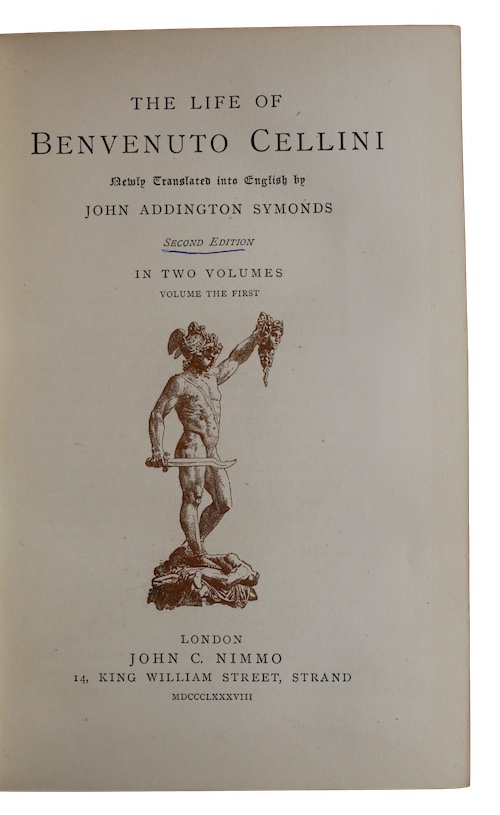 London. John C. Nimmo, 1888. Second edition.
Call us Email us
8vo. In two volumes. lxv, [3], 284; [2], 340pp. With an engraved portrait frontispiece to each volume. Bound by Fazakerley of Liverpool in contemporary gilt-tooled red straight-grain morocco, A.E.G. A trifle rubbed and sunned. Gilt dentelles, marbled endpapers, armorial bookplates of Geoffrey Ecroyd to both FEPs (each with the later inked ownership inscription of Kathleen Speight at head), bookseller's tickets of Adam Holden to same.
A translation of the autobiography of Italian goldsmith and sculptor Benvenuto Cellini (1500-1571) by poet and literary critic John Addington Symonds (1840-1893).

The binder, Thomas Fazakerley was apprenticed with John Sutton in Liverpool in 1813, he established his own business in 1835 and retired in 1877. The firm continued under his son John until the onset of the First World War.
Ramsden p.71.
£ 200.00 Antiquates Ref: 20712
This site uses cookies.Find out more.