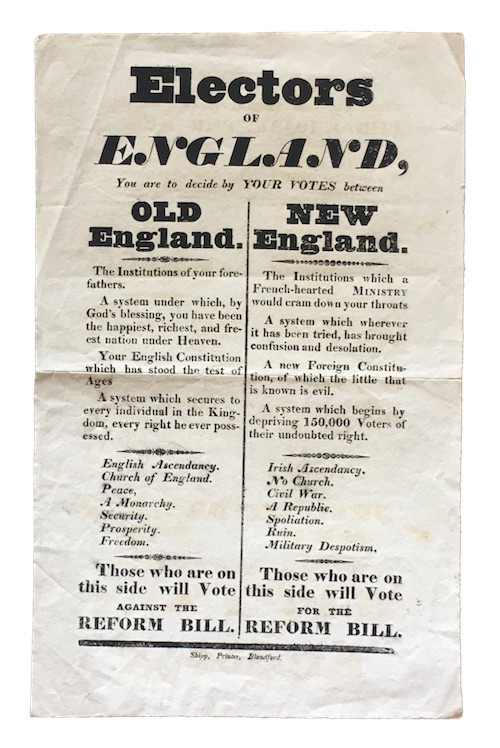 Blanford. Shipp, Printer, [s.d., c.1832]
Call us Email us
Dimensions 240 x 380 mm. Single leaf broadside. Lightly creased and spotted, central horizontal fold.
An apparently unrecorded, provincially published broadside appeal to voters to support 'Old England' and reject the proposed Reform Bill of 1832: 'a system which wherever it had been tried, has brought confusion and desolation' and which 'begins by depriving 150,000 Voters of their undoubted right'. Those who vote in favour of the bill fall into the column of 'New England' are told they risk 'Irish Ascendancy', 'No Church', 'Civil War', and 'A Republic'.
£ 150.00 Antiquates Ref: 20726
This site uses cookies.Find out more.