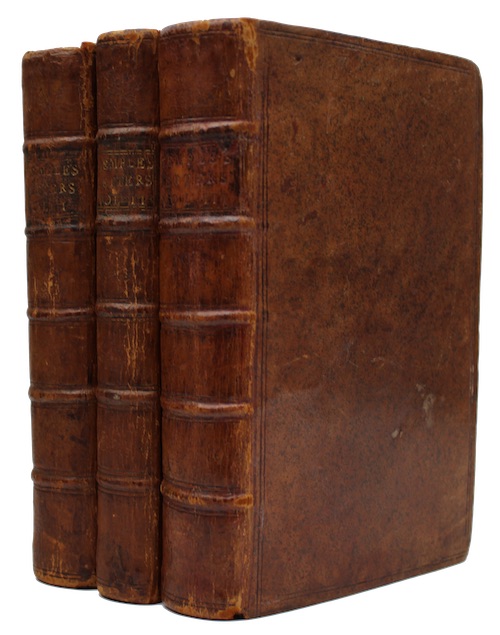 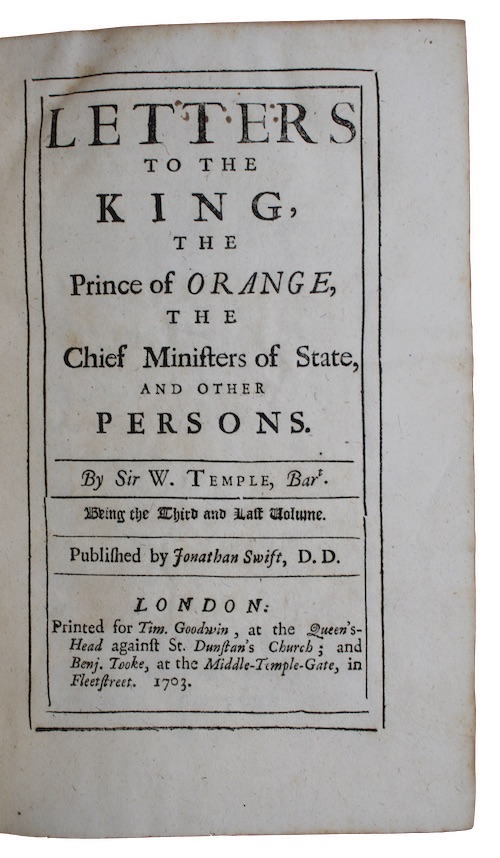 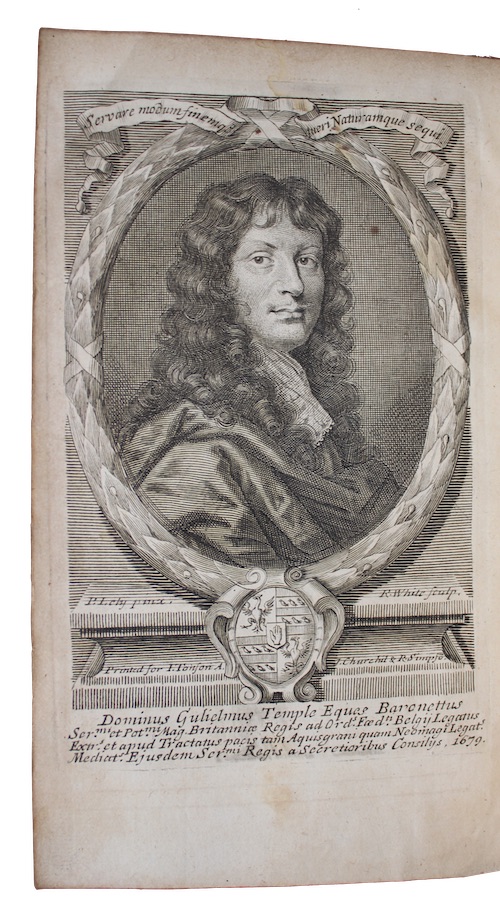 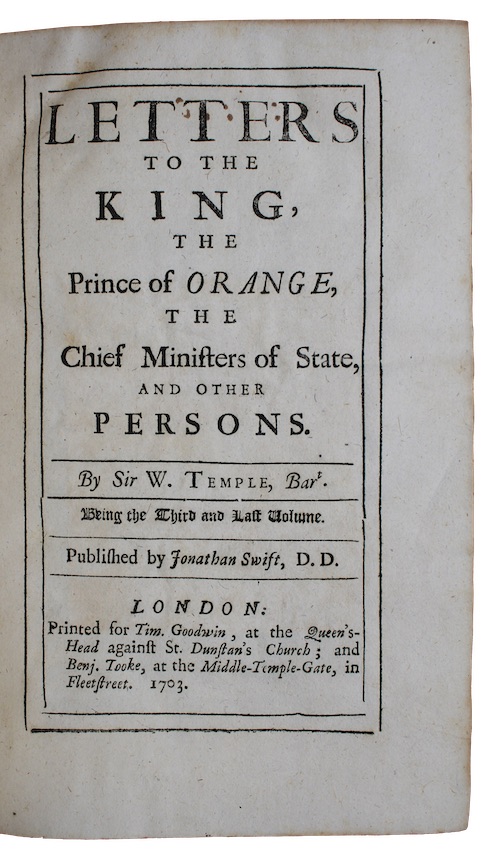 TEMPLE, W[illiam], Sir. Letters Written by Sir W. Temple, Bart. and other Ministers of State, Both at Home and Abroad. Containing An account of the most Important Transactions that pass'd in Christendom from 1665 to 1672.

8vo. Uniformly bound in contemporary blind-ruled calf. Without lettering-pieces. Rubbed. Armorial bookplates of Scottish author Francis Neville Reid (1826-1892) to all FEPs, first two volumes browned and foxed.
Sir William Temple (1628-1699), diplomat and author. The Letters were edited and brought to the press by Temple's protégé Jonathan Swift (1667-1745), who as a young man served as Temple’s secretary. The present volumes constitute Swift's first book publication, albeit as editor. In addition to editing duties, he contributed the dedication letter to William III and the 'Publisher's Epistle to the Reader' to first two volumes, and a preface to the third. Temple's subsequent literary standing owed much to Swift, who published many of his correspondence and memoirs between 1700 and 1709, and immortalized Temple as the hero of The Battle of the Books (1704).
£ 250.00 Antiquates Ref: 20802
This site uses cookies.Find out more.