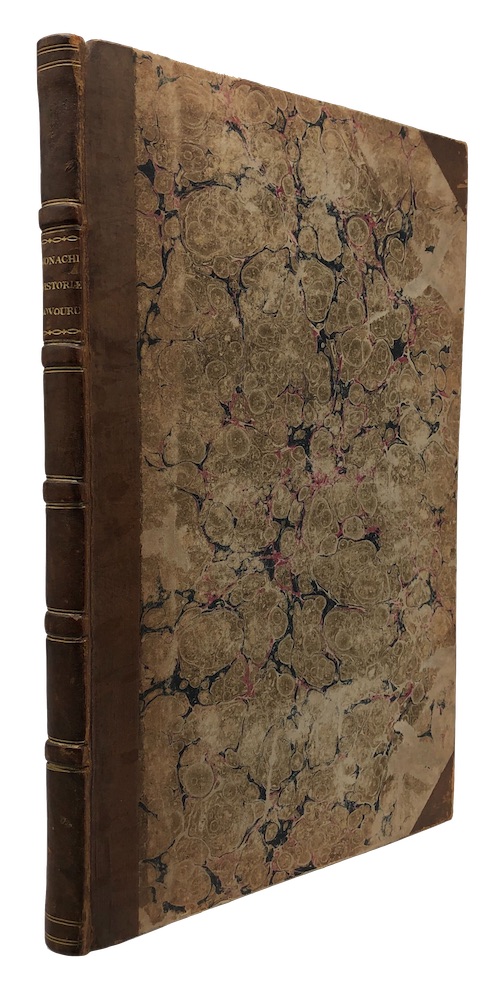 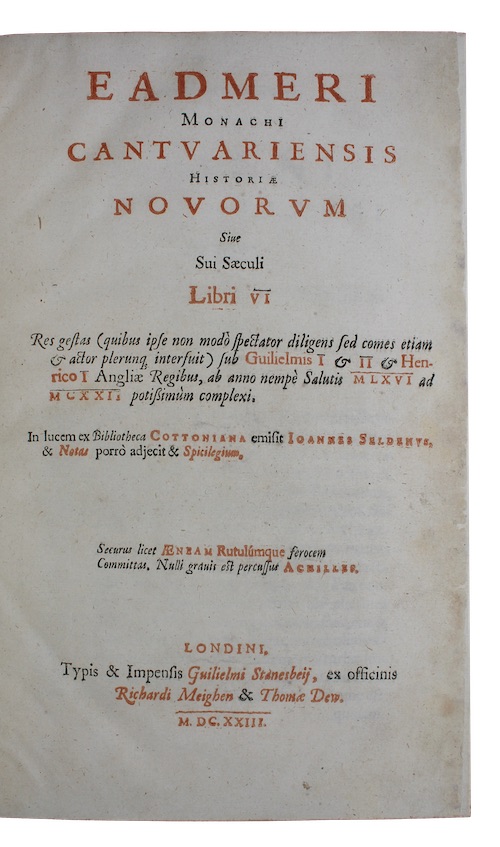 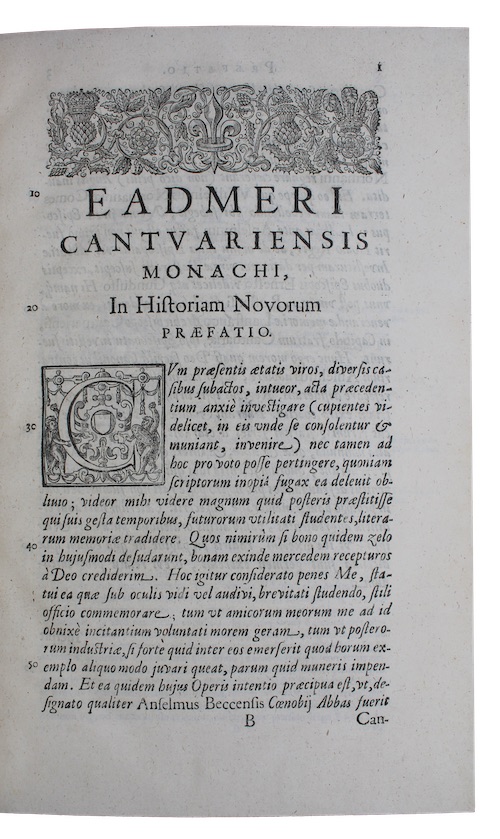 Londini [i.e. London]. Published by Guilielmi Stanesbeij, ex officinis Richardi Meighen & Thomae Dew, 1623. First edition.
Call us Email us
Folio. [6], xvi, 218pp. Without initial and final blank leaves. Title in red and black. Later half-calf, marbled boards, gilt. Extremities rubbed. Recent bookplate of Eric Gerald Stanley to FEP, very occasional marginalia in an early hand.
A remarkably crisp copy of Benedictine monk Eadmer of Canterbury's (b. c. 1060, d. in or after 1126) invaluable resource for information regarding Anglo-Saxon culture, Historiae novorum, a record of the public life of Archbishop Anselm (c. 1033-1109), notable for its use of recorded speech (a later volume Vita S. Anselmi charts Anselm's private conversation). Eadmer's objective in compiling the Historiae was two-fold, firstly to preserve the memory of Anglo-Saxon ecclesiastical tradition threatened by Norman conquest, and secondly to attempt to establish Canterbury's primacy over York as the seat of the church in England. As keeper of Anselm's chapel, Eadmer was in a unique position to chronicle the disintegration of Anglo-Saxon primacy. Anselm (canonized in 1494), learned of the biography about the year 1100. After initially approving it, he baulked and ordered that the manuscripts be destroyed. Eadmer dutifully obeyed, but preserved a copy of his notes. Only after the Archbishop's death did he complete the, now much expanded, work, ultimately resolving to divide the bulky manuscript into the two extant parts, separating the historical chronicle from the hagiographic life of the saint. This first edition in print was edited by lawyer and historical and linguistic scholar John Selden (1584-1654) from manuscripts preserved in the Cotton Library. In his prefatory remarks Seldon praises the composition of the text, particularly Eadmer's avoidance of trivial details and alleged miracles all too common in contemporaneous monkish histories.
ESTC S121437, STC 7438.
£ 950.00 Antiquates Ref: 20858
This site uses cookies.Find out more.