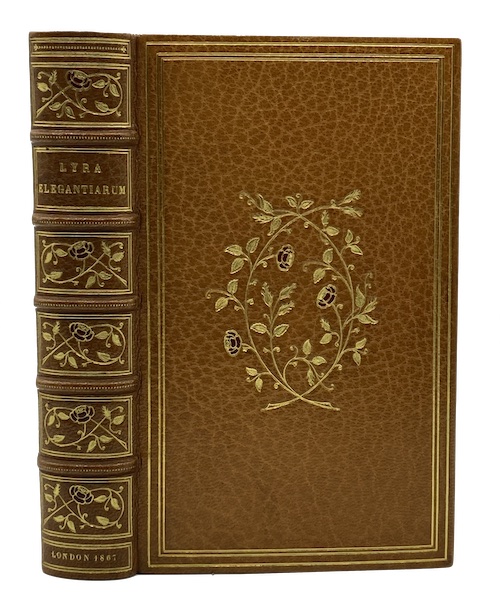 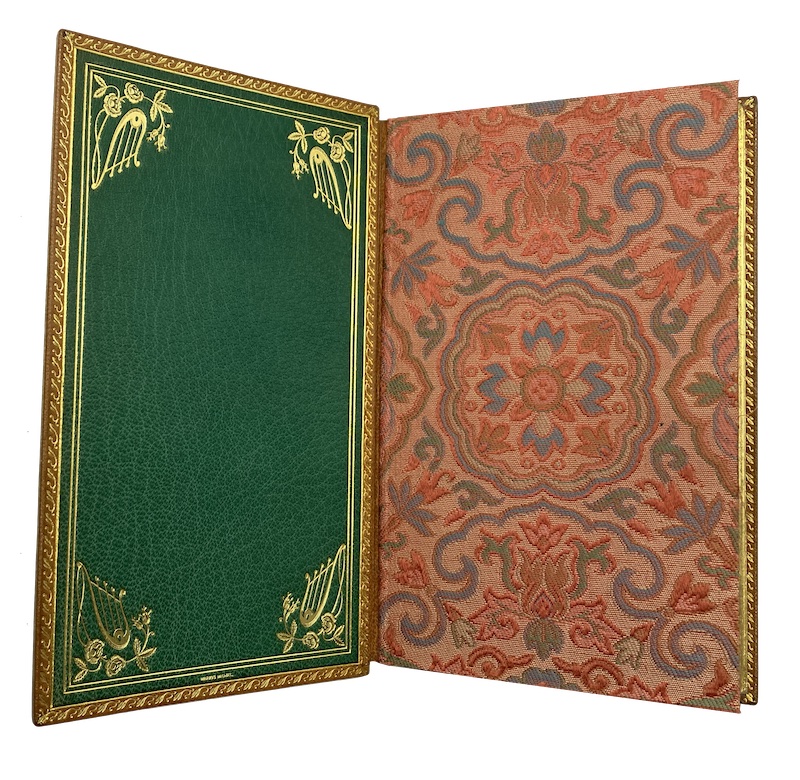 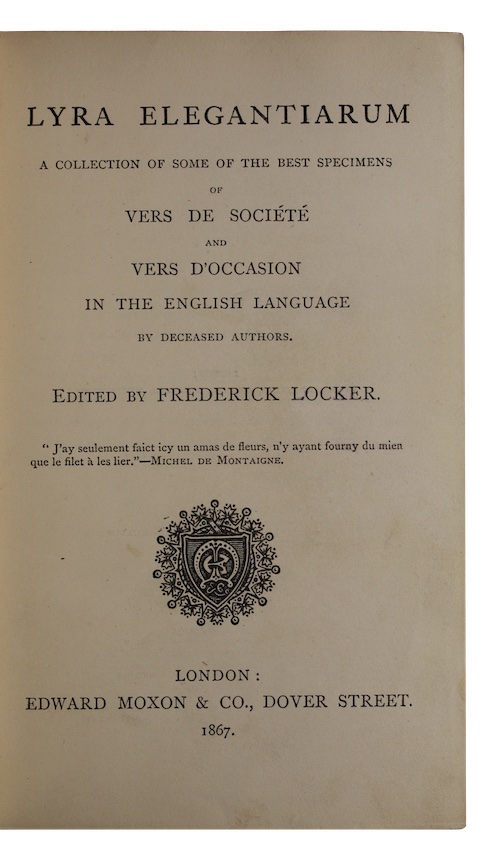 LOCKER, Frederick [editor]. Lyra elegantiarum: a collection of some of the best specimens of vers de societe and vers d'occasion in the english language by deceased authors.

Considered the eminent binder of his generation, Henri Marius Michel (1846-1925)
believed passionately 'that bookbinding needed a new vocabulary of ornamentation in
order to express the mood and spirit of contemporary authors' (Duncan & De Bartha, Art Nouveau and Art Deco Bookbinding, New York, 1989). He found in the 1878 International Exposition a convenient and appropriate forum through which to promote the revolutionary style of decorative ornaments based on nature, a style he called 'La Flore Ornamentale'. He was at first viewed as impudent and rebellious, and his work was objected to on theoretical grounds as being too much like 'art', and too little like a product of the binder's craft. But, in the words of Duncan & De Bartha, 'the young man's fervent convictions, as well as his superb technical skills, as both a binder and a gilder, won him an increasing number of supporters. By 1885 his designs were seen as a viable alternative to traditional bindings for certain books'. Other binders began to imitate his approach, but Marius Michel the younger was the 'undisputed leader of the new movement, [his] incomparable technique, harmonious selection of colour, and infinite variety of plant motifs [placing] his work above those of his contemporaries'.
£ 2,500.00 Antiquates Ref: 20866
This site uses cookies.Find out more.