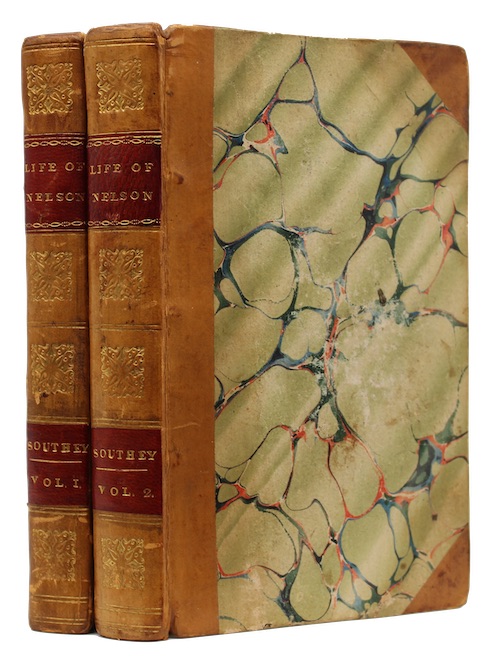 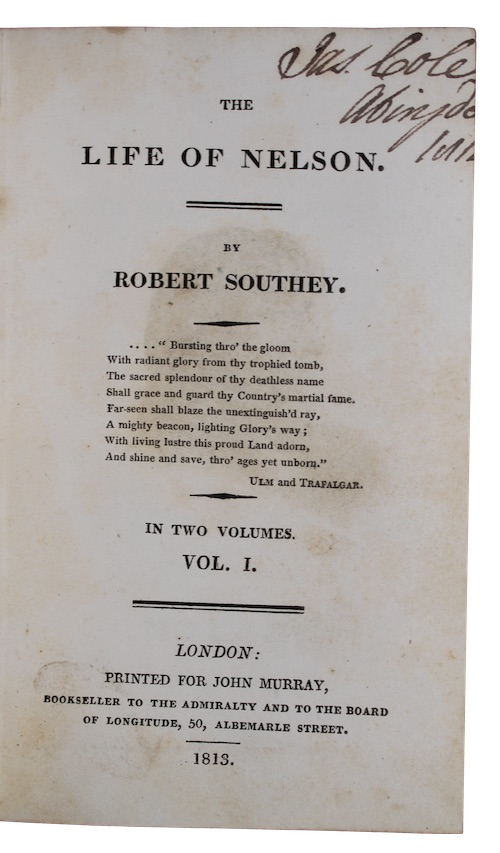 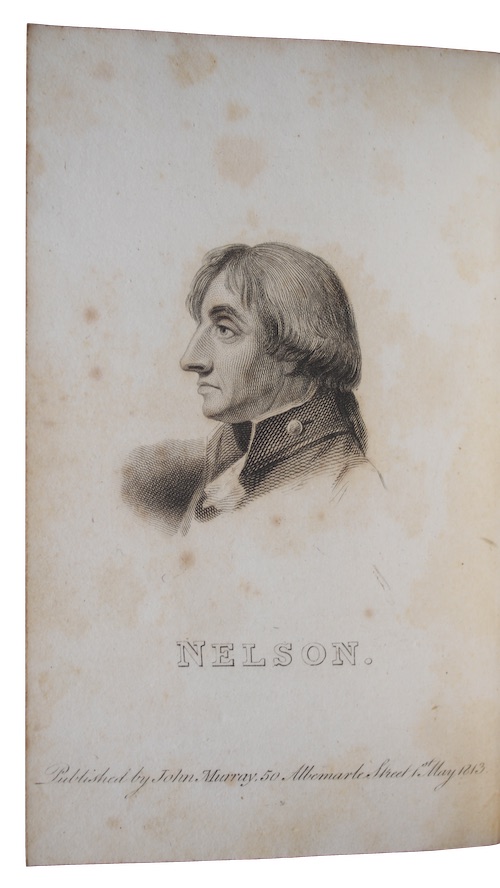 SOUTHEY, Robert. The Life of Nelson.

London. Printed for John Murray, 1813. First edition.
Call us Email us
8vo. In two volumes. viii, 253, [3]; viii, 280pp. With three final pages of publisher's advertisements to both volumes, an engraved portrait frontispiece to Vol. I, and a plate of facsimile signatures to Vol. II. Contemporary half-calf, marbled boards, contrasting red morocco lettering-pieces, gilt. Lightly rubbed, spines a trifle sunned. Twentieth-century inked ownership inscription of Owen Goddard to FFEP of Vol. I, contemporary inked ownership inscriptions of James Cole to head of both titles, lightly foxed.
Robert Southey (1774-1843), English romantic poet. Appointed Poet Laureate in the same year as the first publication of this enduring biography of the English naval hero Horatio, Lord Nelson. An enduring, laudatory and patriotic portrait, the work has remained in print for the majority of its 200 year history, and bears the following introduction from the author: 'Many lives of Nelson have been written: one is yet wanting, clear and concise enough to become a manual for the young sailor, which he may carry about with him, till he has treasured up the example in his memory and in his heart. In attempting such a work, I shall write the eulogy of our great naval Hero; for the best eulogy of Nelson is the faithful history of his actions: the best history, that which shall relate them most perspicuously.'
£ 450.00 Antiquates Ref: 20890
This site uses cookies.Find out more.