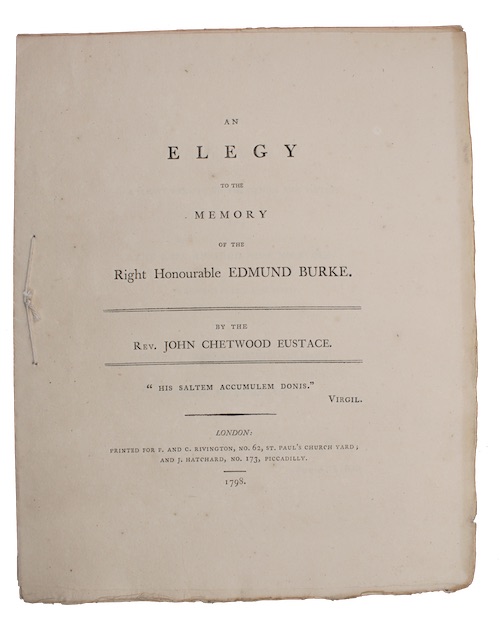 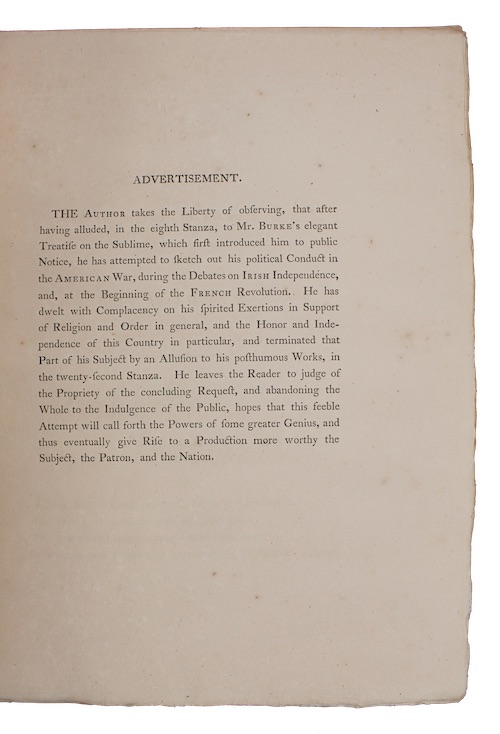 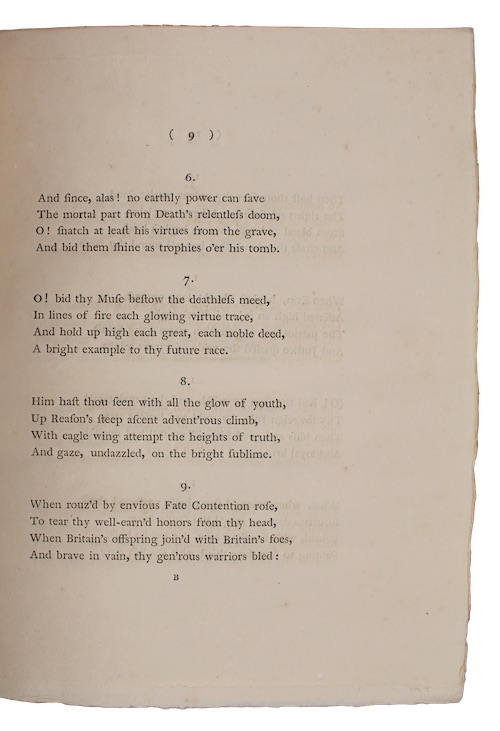 [BURKE, Edmund]. EUSTACE, John Chetwood. An elegy to the memory of the Right Honourable Edmund Burke.

London. Printed for F. and C. Rivington...and J. Hatchard, 1798. First edition.
Call us Email us
Quarto. 15pp, [1]. Uncut and stitched, as issued. Largely unopened, a trifle marked else a fine unsophisticated copy
The first published work of John Chetwood Eustace (c.1762-1815), Anglo-Irish antiquary, catholic priest and confidant to Irish philosopher and politician Edmund Burke (1729-1797) in the latter's final years, consists of 31 numbered elegiac stanzas. As noted in the preliminary advertisement, Eustace celebrates the strands of Burke's political positions and philosophy that were often considered at contradictory, attempting to 'sketch out his political Conduct in the American War' (which Burke opposed, promoting peace at all opportunities) 'during the Debates on Irish Independence' and 'at the Beginning of the French Revolution', which he came to vehemently condemn.
Jackson p.225. Not in Sabin.
£ 200.00 Antiquates Ref: 20910
This site uses cookies.Find out more.