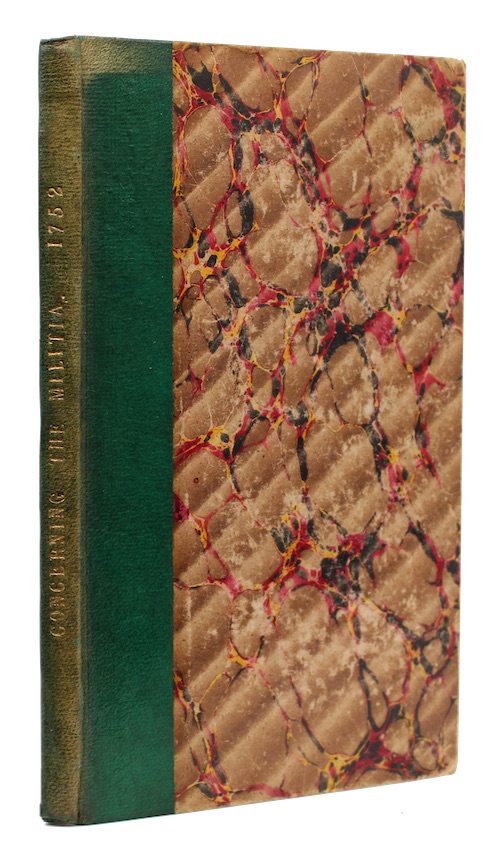 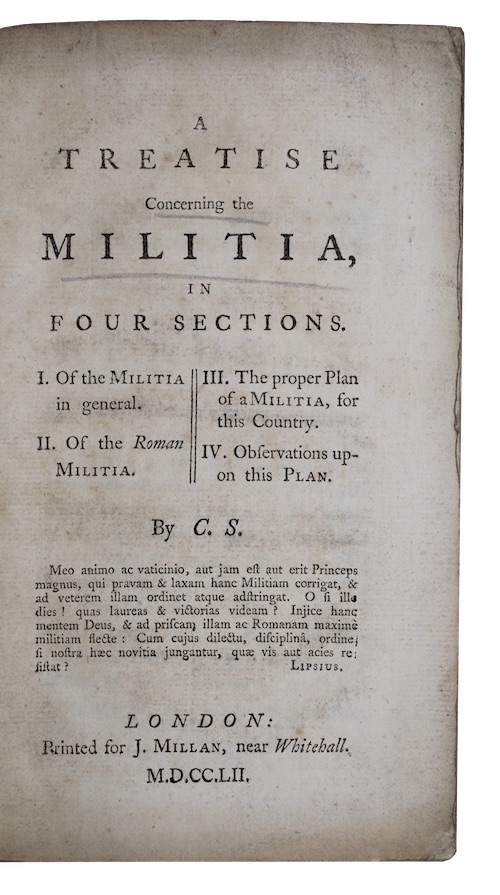 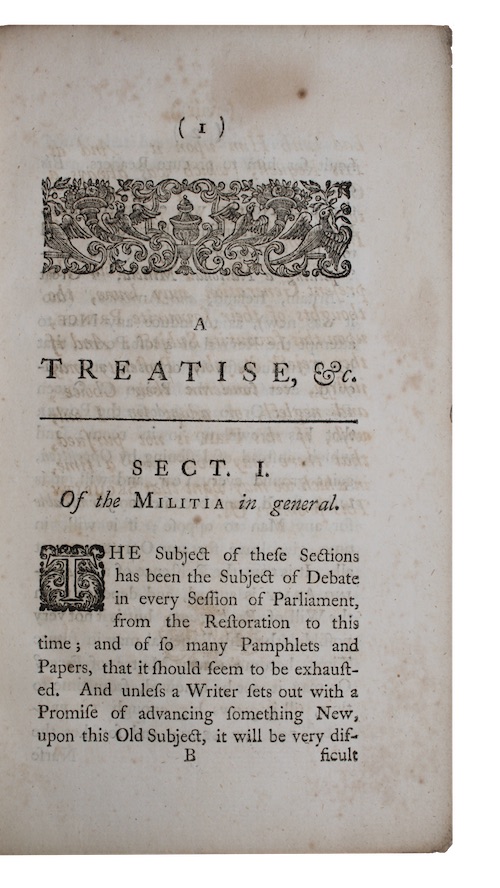 S[ackville], C[harles]. A treatise concerning the militia, in four sections...

London. Printed for J. Millan, 1752. First edition.
Call us Email us
8vo. [2], v-viii, 68pp. Without half-title. Later green morocco-backed marbled boards, lettered in gilt. Extremities rubbed and sunned, surface loss to lower board. Foxed and damp-stained throughout.
The first edition of politician Charles Sackville, 2nd Duke of Dorset's (1711-1769) analysis of the present state, and suggestions for the improvement of, the British Army in the mid eighteenth-century. In 1751 Dorset had voted for a reduction of the standing army, his treatise elaborates upon this opinion, and makes recommendations for the composition and recruitment of a new national militia, with a general muster applied to every county.
ESTC T63541.
£ 150.00 Antiquates Ref: 20929
This site uses cookies.Find out more.