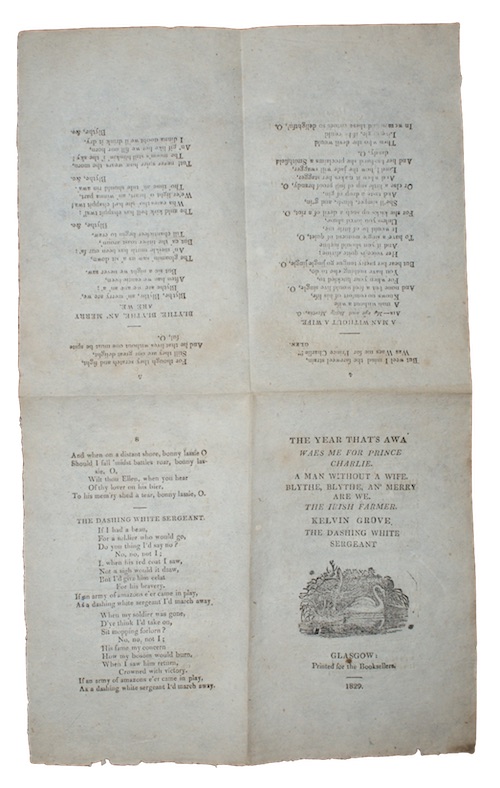 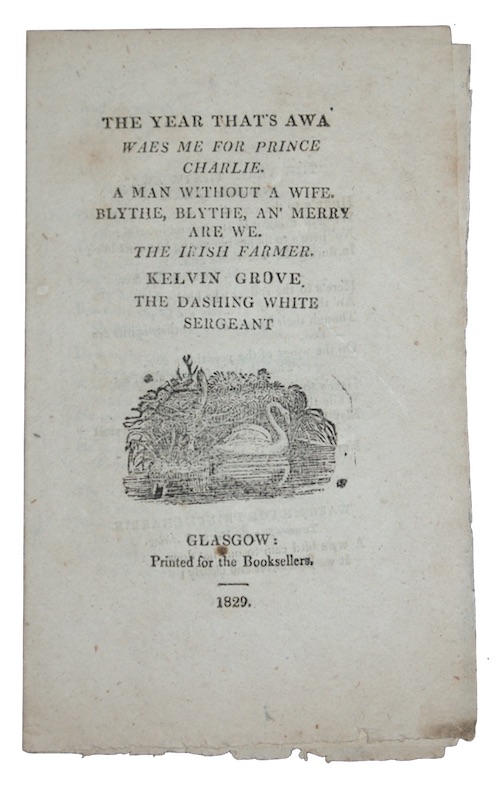 [SCOTTISH CHAPBOOK]. The year that's awa. Waes me for prince charlie. A man without a wife. Blythe, blythe, an' merry are we. The Irish farmer. Kelvin grove. The dashing white sergeant.

Glasgow. Printed for the Booksellers, 1829.
Call us Email us
8vo. 8pp. Woodcut illustration to title page. Single sheet, printed on both sides, folded and unopened as issued. A trifle creased and toned.
A Glasgow printed chapbook, in original state, comprised of seven songs in Scots dialect, including a melancholic lament on the departure of 'The Young Pretender' following defeat at Culloden.
£ 75.00 Antiquates Ref: 21097
This site uses cookies.Find out more.