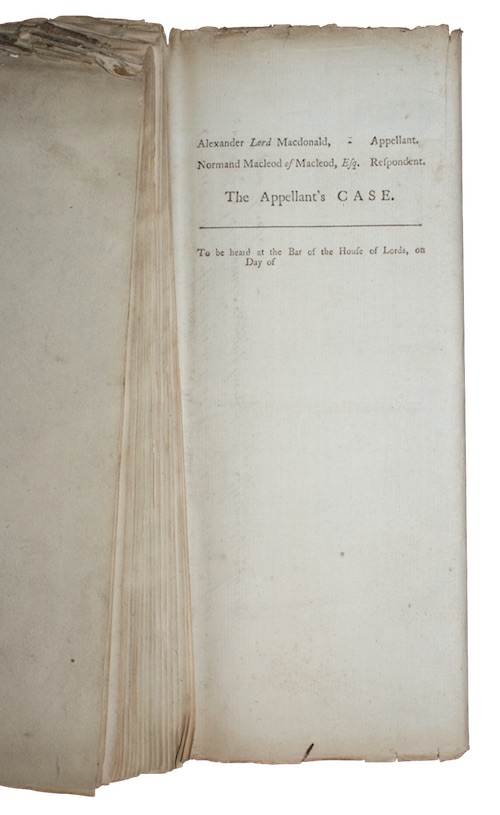 Folio. Disbound, three horizontal folds to each, docket titles to verso of final leaves. A trifle dust-soiled, slight chipping to edges.
A rare survival of two dockets presenting both the appellants and respondents cases during a late eighteenth-century trial regarding a land tenure disagreement between Alexander Macdonald, Baron Macdonald of Slate (c.1745-1795) and Norman Macleod (1754-1801). The dispute arose over the ownership of the island of Grinam in the channel separating North Uist and Harris in the Outer Hebrides of Scotland; on which was harvested 'Sea-ware' used in 'Kelp manufacture'.