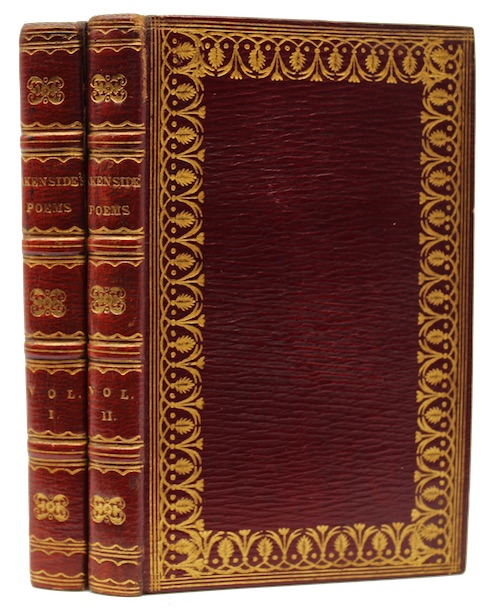 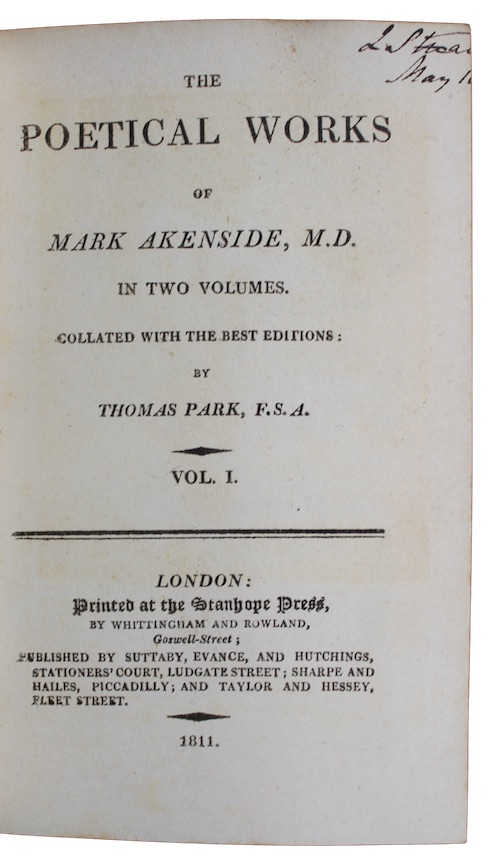 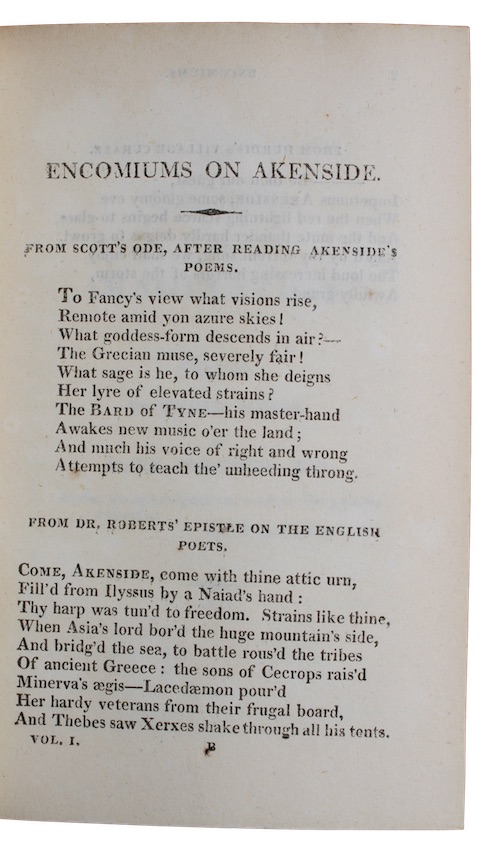 AKENSIDE, Mark. The poetical works...Collated with the best editions by Thomas Park, F. S. A.

London. Printed at the Stanhope Press, by Whittingham and Rowland, 1811.
Call us Email us
16mo. In two volumes. [4], 171, [1]; [4], 140pp. With an engraved frontispiece to each volume. Contemporary gilt-tooled red straight-grain morocco, A.E.G. Extremities a trifle marked. Recent bookplate of Robert J. Hayhurst to FEP of Vol. I, near contemporary inked ownership inscriptions to head of both titles, lightly spotted.
A handsomely bound, early nineteenth-century edition of the collected verse of English poet and physician, Mark Akenside (1721-1770). The collection includes two variants of the philosophical didactic poem The Pleasures of Imagination, considered to be the poet's finest composition, first published in 1744. The primary version is laid out 'as first published' in three books, whilst the second is on a 'an enlarged plan' and separates the final part into an unfinished 'Book the Third' and fragmentary 'Book the Fourth.' The volume also contains the Epistle to Curio (1744), a scathing satire of a political peer. The poems of Akenside exerted considerable influence on contemporary writers and subsequently the Romantics, through both his development of the genre of poetic inscription and innovations in the grouping of related material into single collections.
£ 200.00 Antiquates Ref: 21145
This site uses cookies.Find out more.