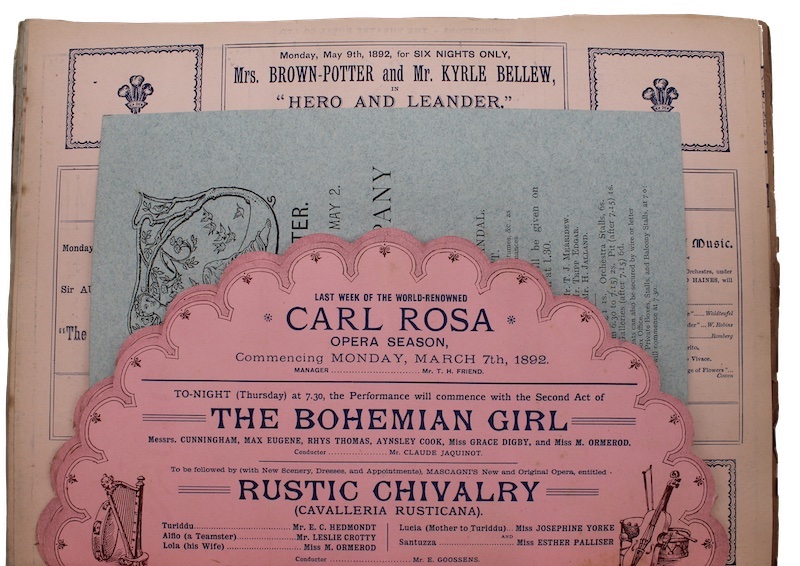 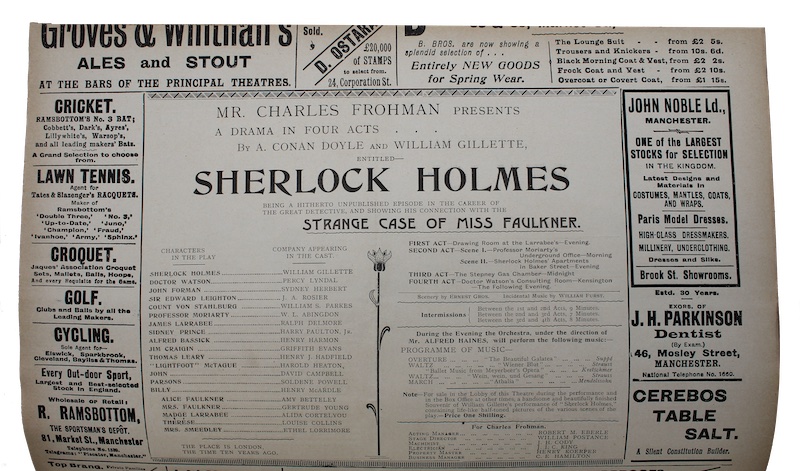 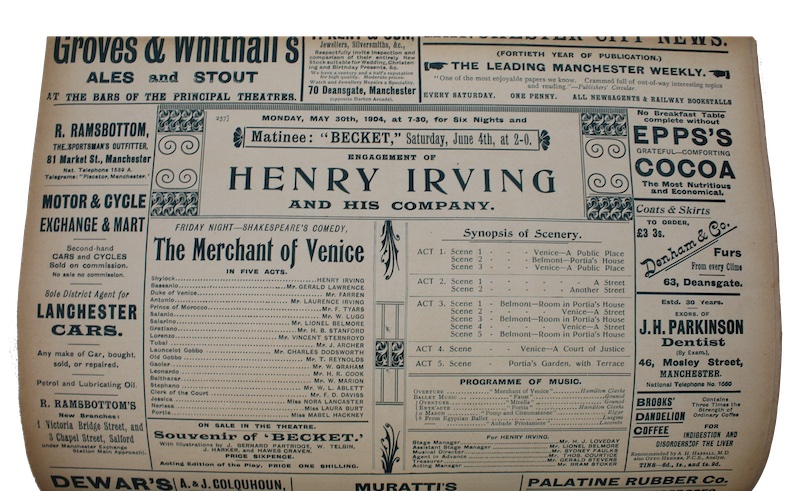 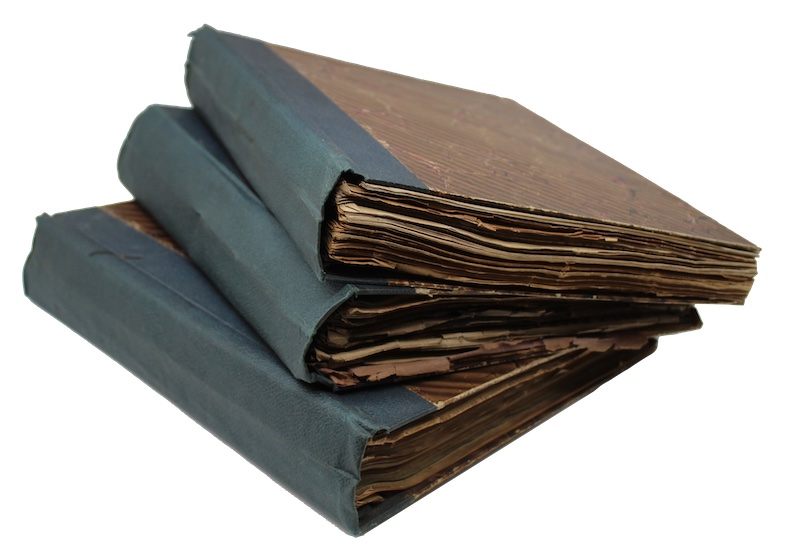 SHERLOCK AND STOKER IN MANCHESTER

[Manchester]. [Various publishers], [1870s-1900s]
Call us Email us
Quarto. Three albums containing approximately 380 pieces of theatrical ephemera. Contemporary green cloth-backed marbled boards. Lightly rubbed. Many items trimmed, largely affecting advertisements.
An extensive archive of Victorian advertisements and programmes recording three decades of performances at both the Theatre Royal and Prince's Theatre, Manchester. The plethora of ephemera unsurprisingly includes material relating to numerous productions of Shakespeare's plays, and notably, several late nineteenth-century performances of stock favourites featuring the London Lyceum Company under Henry Irving (1838-1905), with Bram Stoker (1847-1912) serving as acting manager for the playhouses for the duration of their engagements. Irving, manager of the Lyceum Theatre, London from 1878, had been beset by financial misfortune and medical woes. In order retain the extremely expensive Lyceum and to keep up with payments on his ever-increasing debts, Irving was forced to undertake numerous tours of America and the British provinces - the faithful Stoker ever by his side.

Highlights in the collection include three programmes publicising Lyceum Company engagements at the Theatre Royal for the September 1901, including a staging of Shakespeare's Coriolanus, with Irving taking the leading role; two further announcing productions of The Merchant of Venice, with Irving as Shylock; and finally, a programme dated May 5th, 1902, advertising an early performance of Sherlock Holmes a play adapted from a story by Sir Arthur Conan Doyle by American actor-manager William Gillette (1853-1937) who also starred as the titular detective after Irving had rejected Doyle's initial offer to play the role. Gillette played Holmes in the highly successful stage production in over 1,300 performances between 1899-1932. The play made its British debut at the Shakespeare Theatre, Liverpool on 2nd September, 1901. It then moved to the Lyceum for 9th September at the invitation of Irving who had attend a performance during its initial American run. Gillette went on to reprise the role in a 1916 silent film based on the play. Gillette is credited with introducing the affectation of Holmes smoking a curved briar pipe, he also formulated the complete phrase: 'Oh, this is elementary, my dear fellow', which was later adapted by Clive Brook, the first spoken-cinema Holmes, as: 'Elementary, my dear Watson'.

In addition to the obvious revelations afforded by the present material regarding stage productions in the latter half of nineteenth-century, they are an invaluable resource for investigating commercial activities surrounding Victorian theatrical productions - demonstrating the opportunities afforded to manufacturers, retailers, and tradesmen to ply their wares and services to a broad, newly upwardly mobile metropolitan consumer base in possession of disposable income to spend on an evening's entertainment; a market that, only a couple of decades prior, was all but non-existent.
£ 3,750.00 Antiquates Ref: 21152
This site uses cookies.Find out more.