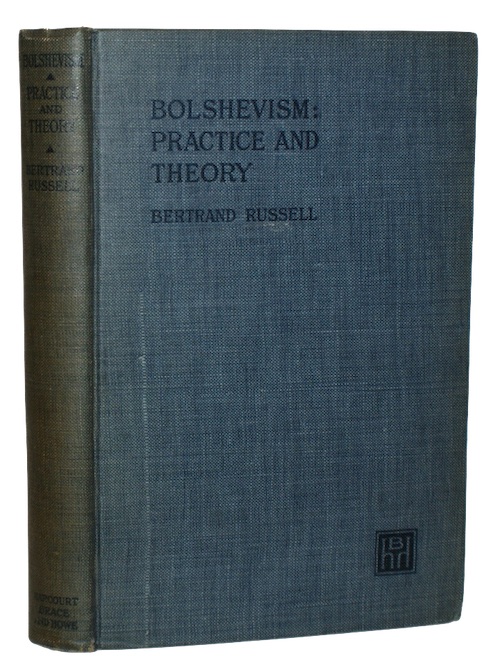 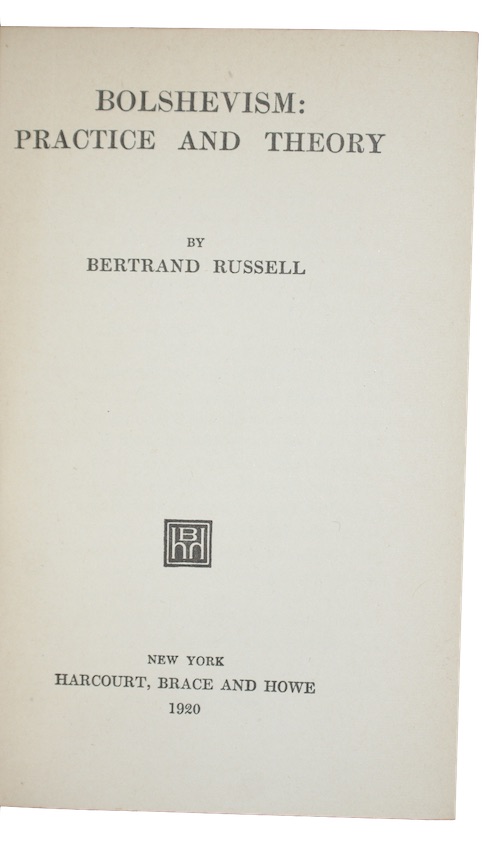 New York. Harcourt, Brace and Howe, 1920. First American edition.
Call us Email us
8vo. 192pp. Original publisher's blue cloth, lettered in dark blue. A trifle rubbed. Later inked ownership inscription to recto of FFEP, else internally clean and crisp.
The first American edition of philosopher and journalist Bertrand Russell's (1872-1970) penetrating analysis of Soviet communism. Russell travelled to Russia as a part of a trade delegation in 1920. Initially hopeful of finding a socialist state that could serve as a model for the West, to his great disillusionment he found instead a cruel and despotic regime which left him with an abiding loathing for Bolshevism.
£ 50.00 Antiquates Ref: 21242
This site uses cookies.Find out more.